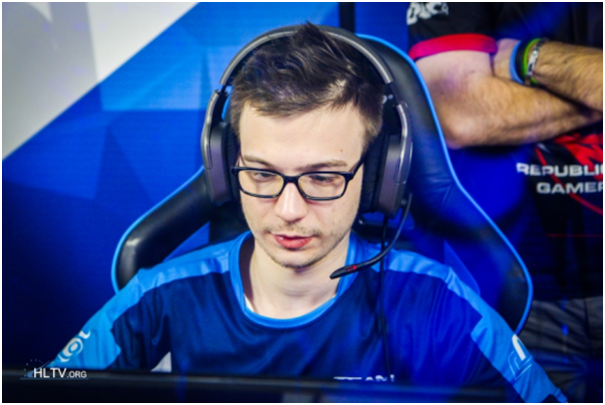 HappyV of Team EnVyUs is one of the most versatile and skilled players in the French scene. Throughout the last year he has shown incredible dynamism in his roles and play style. His steady development established an era of consistency that brought his team tremendous success. Becoming a reliable carry on one of the most talented rosters in the current game speaks volumes to what HappyV contributes to EnVyUs. What is unique about HappyV? Why is he so impactful?

HappyV apart from his individual skill is most known as being an in-game leader. Traditionally in-game leaders occupy a more supportive role within the team. This makes the most sense as it frees up the pressure of fragging in order to micro-manage better. Commonly there is a rigid dichotomy between the two roles of a carry and IGL. HappyV throughout the majority of his CSGO career broke this mold. His style is very reminiscent of two players in the past that also refused to adhere to such role archetypes.

One of the earliest cases of such a player was the Norwegian star “elemeNt.” Not highly skilled, however elemeNt was lauded for his amazing read of opponents and tactical approach to the game. He didn’t necessarilycarry through frags, but his creativity could take over a game. ElemeNt incorporated a very loose system which relied on the information his teams obtained, fully utilizing his talent of amazing mid-round calls. Dynamic doesn’t begin to encompass the abilities of elemeNt as at any given moment he can be whatever his team needed him to be. Even when not leading a team he was an invaluable asset. Intuitive timing and decision making gave him an X-Factor that was incredibly dominating when working with other tacticians.

Although HappyV doesn’t exhibit such dominating mid-round calls, there are shades of similarity between him and elemeNt. The intuition of timing is clearly presented in HappyV’s play. His lurking ability and uncanny timing often allow him to rack up frags and carry his team. On CT side both of these players are very reliable and can lock down their positions. Very knowledgeable on how to communicate and rotate, both elemeNt and HappyV have tremendous statistical impact on the CT side. Impressive aim matched with equally impressive intellect makes a deadly formula. Usually an emphatic rifler, HappyV has shown he can shine as a secondary AWP on the CT side when he feels it’s what the team needs. The Frenchman’s team uses an elemeNt-esque style of loose defaults, which allows the high individual skill of EnVyUs to shine in small skirmishes.  Inversely, if HappyV isn’t leading, he can provide that similar second opinion and mid-round control that elemeNt did throughout his career.

Another player that established himself as a carry whilst also being an in-game leader was gob b during CS 1.6. His mousesports lineups from 2007-2010 were incredibly talented, leading to many EPS titles and high tournament placements. In the German scene gob b was definitely one of the highest skilled players, and in terms of all in-game leaders arguably the best skilled. Instead of delegating critical roles in strategies, gob b embraced them. Known for a slow, execute based style, he put a lot of pressure on himself to carry by going directly into the fray of the action. Gob b carried the burden to get frags, and did so with tremendous confidence. In terms of individual skill this is a logical historical comparison to HappyV. HappyV showcases the same prowess with pistols as gob b, a trademark of the entire EnVyUs squad. His ability on eco-rounds to pick up one or two frags with the CZ-75 or Deagle garners respect from every team. HappyV also embraced the vital roles by playing the lurker and sets himself up to carry the team instead of micromanaging someone else in his stead. That amount of burden alleviates a lot of pressure on his teammates, however his success is directly dependent on the information they feed him. HappyV appears to be a player that thrives under the pressure. One can tell that he takes his performance very seriously although never overtly animated.  His steely demeanor definitely translates into his play as he is never scared to take on anyone. In 2014 he had 35 clutch round wins, #2 overall, which shows how calm he is under duress. HappyV plays with an almost arrogant aggression at times. However he balances out aggression in some rounds with smart passive play in others. Capable playing of both styles to the ideal efficacy makes it easy for HappyV to catch players off guard.

Duality of Lurking and Leading

HappyV’s style of leading seemingly revolves around effective preparation, practice, and communication. Since he is not directly involved with the vast majority of the information gathering and team-play on the Terrorist side, those three factors are vital. After hearing the POV communication VODs from Katowice 2015, it’s evident that the French team has crisp communication and chemistry. Crucially their communications aren’t voluble, but concise and commanding. That is paramount for a lurker to be leading as well. Based upon what sort of information is gained and relayed, there is an almost intuitive response by the whole team and HappyV giving the go ahead. Blessed with very talented and cerebral players, HappyV delegates and trusts his teammates to make the proper reactive decisions that were discussed in practice. Ergo when watching EnVyUs games, there seems to be a very dynamic free-flowing style. HappyV doesn’t make super-impactful mid-round calls, but adjusts each respective default at the beginning of each round. There is a discipline about the team that translates over from practice and a desire to reach a very high standard of team-play.

The success of this style is entirely dependent on the amount of practice this team has with it. The reactive plays are obviously drilled into the team and create an air of zero hesitation. This places a huge emphasis on developing chemistry and trust, thus trying to achieve the most non-verbal teamwork possible. There is a very aggressive speed about their play, since they aren’t always waiting upon the call yet still on the same page. HappyV however places himself in the lurker positions to disrupt, fake, and pick up vital frags. Since he is cognizant of the amount of pressure he is placing on his side of the map, his executes create a situation where either his team or himself can capitalize on errors. This style appears to be uniquely effective to this roster alone considering the kind of players they are. Most of them former leaders themselves and very tactically sound, it is easy to see why this style would be conducive to this team. There aren’t any players that need constant micro-management, they all understand the roles being played, and any of them can have a high impact game. This translates over to the CT side, where EnVyUs is infamous for putting up insane round tallies. Here we see HappyV place himself similarly in high frag positions to anchor down bombsites. HappyV is very quick to call for rotations or back them off when proposed by teammates. Small round-to-round adjustments are quickly understood, and one can tell there is an immense amount of trust between all the members of EnVyUs.

EnVyUs have now switched in-game leading responsibilities over to shox. Results at the beginning of 2015 didn’t go EnVyUs’s way, prompting that change. A problem with HappyV’s style was a lack of structure and adaptability making it somewhat predictable. Where other teams Terrorist sides developed and adapted with each meta, EnVyUs seemed to plateau. Through shox there is more of that micro-managed style and thrives off of mid-round adaptations.

But has this changed anything at all for HappyV? His level has stayed very much the same. Focusing more on lurking hasn’t really caused much fluctuation in his individual performance as it never seemed that strat-calling negatively impacted his frag output. If anything he performed better in that system, due to the pressure and strategic self-placement. His consistency is ridiculously vital to EnVyUs’s success, creating a stable foundation to carry the team from. He usually never drops under a certain level, only fluctuating upwards frag-wise. HappyV still puts up massive CT sides and is still one of the best clutch round players out there. It is when he slumps or has an off game that EnVyUs seems to lose that aura of invincibility that they once held. The level of the rest of his teammates is what has the largest standard deviation. Although effectively thriving more under shox’s structure, the consistency isn’t there yet.

Is HappyV better when he is leading? Somewhat. Is HappyV leading the best thing for EnVyUs? Unfortunately no. HappyV’s leading worked for an entire year and was very successful. However everyone else adapted and developed in order to defeat the French team, and HappyV in-turn didn’t do enough to maintain that gap at the top strategically. The consistency and the results of such a methodology didn’t compete well against the other rising teams. NBK, kioshima, and shox in particular seem to thrive under a more structured calling hierarchy. HappyV also has a chance to develop even further. Already a proficient clutcher, his slow but steady incorporation of the AWP into his game can do nothing but help EnVyUs. Time will tell with his current role in the team as there is no doubt they were most successful during his leadership. Will they revert back to him calling if results don’t come? Regardless of what role he plays, expect HappyV to be performing well.