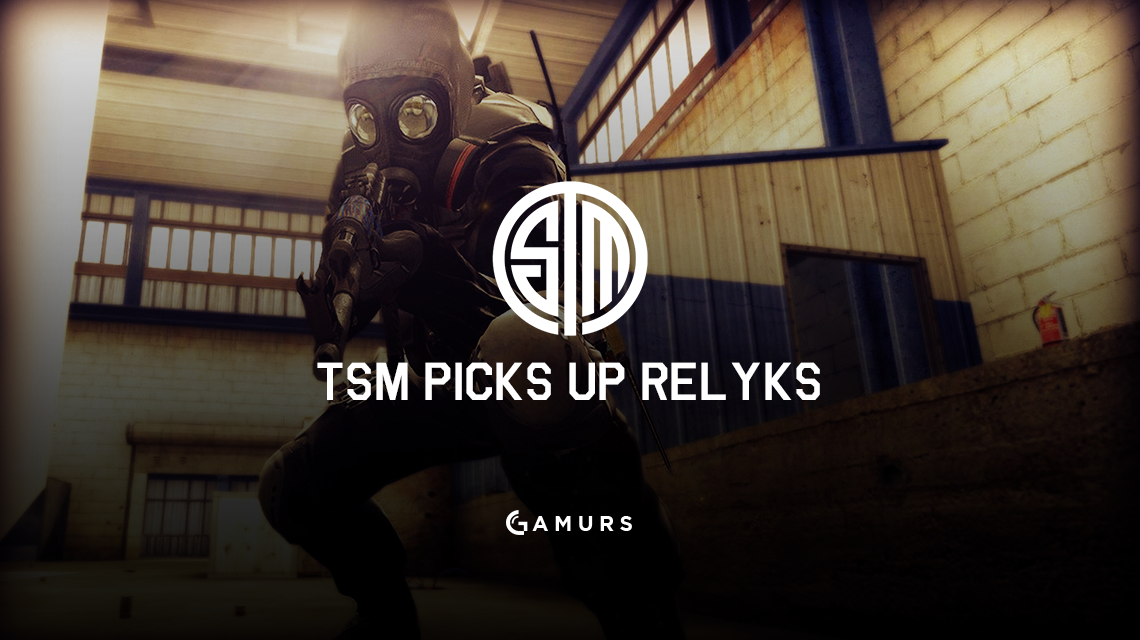 It seems as if the rumors going around were right, because Skyler “Relyks” Weaver has joined Team SoloMid’s Counter-Strike: Global Offensive squad, as posted by Logitech G on Twitter.

Relyks left Selfless Gaming earlier this week and there has been speculation that he would join TSM. In the news post on the organization’s website, it was confirmed that talks to acquire Relyks have been ongoing since negotiations began to transfer Timothy “autimatic” Ta, who was moved to Cloud9. The organization stated that the contract was finalized last night.

“I think there’s a good mix of young talent and experience on the team and I think I’ll fit in pretty easily,” Relyks said in the post. “I’m excited to get to work and see what we can do!”

Relyks also streams, but has been too busy to do so according to his Twitter. Earlier today, he tweeted that he was boarding one of three flights. In the post, TSM stated that the player is on his way to begin practicing with the team as soon as possible.

Relyks also stated that he has been a fan of TSM and is excited to be a part of the brand. The next tournament the team will participate in is Northern Arena LAN in Toronto, Canada on Sept. 1-4.

What are your thoughts on Relyks joining TSM? Let us know in the comments and make sure to follow the GAMURS Twitter handle, @GAMURScom, for esports news and live coverage.