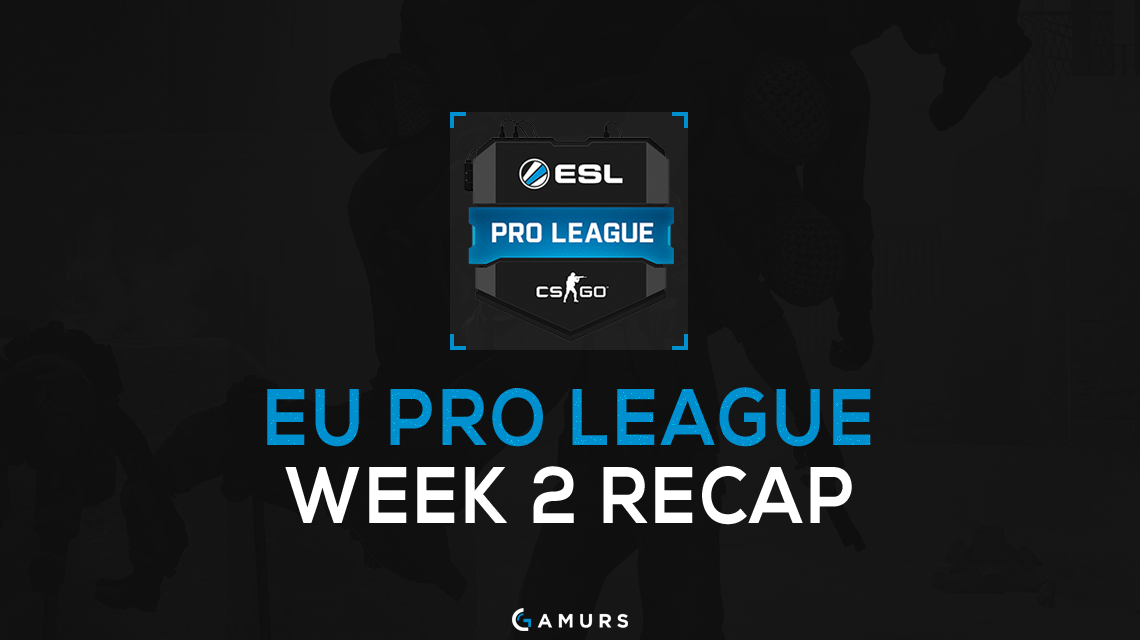 FaZe Clan and Ninjas in Pyjamas are ahead of the European pack for ESL Pro League Season 4 at the end of week two.

This week was and will be the busiest week, with 23 maps played by 12 of the 14 teams, all vying for the top spot. PENTA Sports is the only team that has not played yet, but the team will participate in weeks three and four.

Even though FaZe Clan played only one match this week, the organization’s Counter-Strike: Global Offensive team has only lost to NiP and a map to Team EnVyUs last week. The team sits at the top with 21 points.

Similarly, NiP has 21 points, but lost a map to Team Dignitas and Team EnVyUs each this week and a map to Virtus.pro in week one. Both of the top two teams will have two maps next week to try and overcome one another.

Trailing in fourth is Natus Vincere, who did not play this week, but are currently undefeated. The eastern European team, which now includes Oleksandr “s1mple” Kostyliev, will be a team to watch as the league continues.

The current standings are:

A player who has done well, though not surprising, was Christopher “GeT_RiGhT” Alesund of NiP. This week, he was putting up great numbers and frags for his team.

A new week of ESL Pro League Season 4 is about to go underway, but we want to know who you think will be at the top at the end of week three. Let us know in the comments and make sure to follow our Twitter handle, @GAMURScom, for live coverage and esports news.