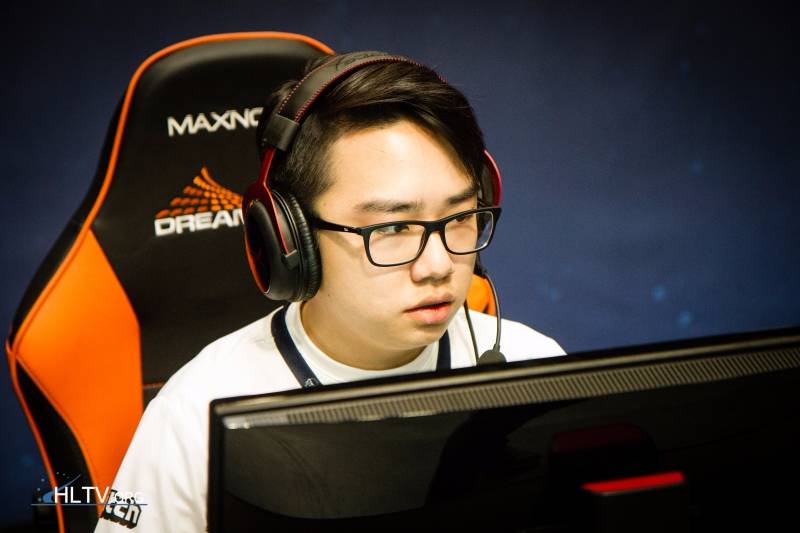 Last December and January, amidst extensive roster shake-ups in North America, descriptors like “up-and-comer,” “young talent,” and “future star” started to become increasingly attached to unproven players. This article will highlight seven of these players, contemplate the validity of their reputations, and examine how that potential was or was not actualized in the last five months of competitive play.

Koosta had been known as a talented, competent awper during his tenure with Enemy in 2015 but by late-December, early-January his reputation was significantly bolstered following a series of head-turning performances.  By the time Enemy won the first Americas Minor on the back of hard-carry performance by Koosta, his reputation as a future superstar was done and dusted. However, despite being inarguably the most hyped, fawned over player on this list, Koosta has yet to validate that fanfare through his own play over the past several months.

To be fair, his ability to prove himself following his transfer over to Team Liquid on February 16th was limited by MLG’s ruleset going into the major. Because Koosta competed in MLG’s Minor which had qualification implications for the major, he wasn’t allowed to compete in Columbus where Liquid had their impressive semi-finals finish. However after Koosta was finally inserted into the starting lineup, Liquid started to descend back into mediocrity.  At DreamHack Masters Malmö 2016, Liquid bombed out of the group stage after losing to mousesports and TyLoo with Koosta performing unspectacularly in both games. After S1mple left the team, Koosta was given more room to work with the awp but continued to show no signs of his former prowess, looking mediocre at DreamHack Austin and poor in
ELeague week one.

While it’s impossible to tell whether or not Koosta can climb out of this tailspin, he certainly has not performed up to his purported potential while in Liquid.

The hype surrounding Hen1 started to smolder after then-Games Academy, now-Immortals made a respectable run in the RGN Pro Series Championship last November with Hen1 acting as their best performing player. But it wasn’t until he dropped 45 frags against Torqued in the Last Chance Qualifier for MLG’s Major that he cemented his reputation as a future star. Since then, out of all the players competing in North America who have been called “up-and-comers,” Hen1 has best lived up that reputation.

In 2016, Hen1 wasn’t immediately able to find the form he showed online and at RNG during LANs, especially during DreamHack Masters Malmö 2016.  Nevertheless, by the later stages of CEVO Gfinity Professional Season 9, which his team won, he again started to show his exceptional proficiency with the awp, dominating with his highly aggressive play.  He continued to work wonders at DreamHack Austin where his team placed second behind their sister team Luminocity, but again showed some inconsistency during the Americas minor where his team again placed second agaihst much weaker competition.

While he may not yet be at the level of Kenney S, Guardian, or Fallen, Hen1’s abundant talent has made him a highlight, high-impact player leading a worldwide top ten team.  By no means were titles like “up-and-comer” or “future star” wasted on him.

The reason why I picked him is ‘cause he doesn’t think. I want a bunch of non-thinkers on my team.

By the time Cloud 9 picked up Stewie2k on January 11th, Stewie’s repute was already steeped in an odd mix of excitement and infamy. While his actual competitive play in SKDC and Splyce wasn’t particularly impressive online or on LAN, his raw skill level and thoughtless aggression in pugs and 10-mans quickly attracted the attention of pros and spectators alike. When C9 announced his signing, the community reaction was mostly negative. While it was still unclear whether or not Cloud 9’s veterns could mold Stewie2k into a more effective player, most already believed that his addition would only add another vulnerability to the already wilting C9 squad.

Per community expectations, Stewie2k’s initial performances onCloud9 were often mistake laden and underwhelming. With Stewie2k underperforming, C9 failed to make it through the DreamHack Malmo closed qualifier and only scrapped by the qualifications for MLG’s Major in Columbus before being blasted out of the main tournament in the group stage. Yet, following Slemmy’s addition to the lineup on April 23rd, Stewie2k, and the team more generally, looked much improved. At DreamHack Austin, Stewie along with Skadoodle lead Cloud 9 though the group stage before losing a very close best of three versus Hen1’s Tempo Storm. Then  he continued to step up in the first week of ELeague where he and a resurgent n0thing stood out as C9’s best performers.

Although there was certainly good reason to be initially skeptical about Stewie2k, his last two showings on LAN have made him look like a serious contender on the verge of becoming an elite player within the context of North America.

If Aliens were to come down from f*****g wherever the f*** they’re at and arrive today, and they were to go on reddit, they would think the two best players in the world were Shroud and Roca.

Roca had been a solid but rarely spectacular player in eLevate, Tempo Storm,and CompLexity throughout 2015, and had lot of hype around him moving into December and January. During this fertile period of roster swapping, various clips of Roca taken from his stream started to make the front page of the CS:GO subreddit. Given this exposure, Roca’s reputation started to inflate beyond what was reasonable. Roca clearly had good aim and very impressive movement, but the hype around him didn’t seem to match up with his actual effectiveness. While Roca definitely stood out on Complexity, it was still arguable whether Semphis or Roca was actually their best player.

Unfortunately because of certain roster moves made by the CompLexity organization, Roca has not played in a truly competitive roster since the departure of Semphis and Autimatic from CoL last December. Thus far this year, Roca has not played in a LAN nor has been given the right chances to prove himself online, which makes gaging his progress as a player since then difficult.  While his recent move over to the Seangares-led Echo Fox squad was certainly a step in the right direction, Roca still hasn’t given us much evidence to support his former reputation as a “future star.”
Star map
Subpar map

Bad players who weren’t on top teams are not talent or up–and–comers, they are just bad players you have now put onto a top team.

Beyond his frequent appearances in streamed pugs, SicK may be best known for his play on a newer Denial line-up that competed in ESEA Premier at the end of last year. While that roster wasn’t going to be the next great North American team, they were known for having a lot of young, raw talent with SicK arguably being their best player. After the line-up broke up following their failure to qualify for ESL ESEA Pro League, there was a reasonable amount of curiosity surrounding SicK and the former members of that team.

By 18th of December, it was publically announced that SicK would trial with CompLexity, but he would ultimately choose to join TSM’s new line with his formal Denial teammate Vice. While Vice would soon be replaced, SicK stayed on as TSM picked up Twistzz and started to improve going into May.  On TSM, SicK has certainly been high impact player, who can occasionally dominate the odd map, but has been inconsistent overall and been liable to make unforced errors. However, unlike his 16-year-old teammate Twistzz who has been TSM’s best player online, the seventeen-year-old SicK was able to make a smooth  transition to offline play in his first LAN performance at the Americans Minor. At that LAN, TSM scored two unexpected best of three wins over NRG and Selfless, thanks in no small part to SicK whose play mostly exceeded expectations. While his effectiveness from map to map is still too variable to be called an elite or star level player, if nothing else, SicK’s sometimes stellar play has validated his inclusion with a mid to upper tier North American team.

Autimatic is not an up–and–coming player.

Like Roca, Autimatic has been active in the professional scene since the start of 2015, playing in Denial, Nhilium, Tempo Strom, and CompLexity over the course of the year. While there was some hype surrounding him and his former teammate Sancz after Nihilum eliminated Cloud 9 at the ESEA Season 18 LAN Finals, he failed to have any other impressive results for the rest of the year. By the end of 2015, Autimatic displayed a fairly consistent level and became more or less a known quantity. There was still some vestige of hype surounding him by the end of the year, and public interest continued to build over trading season in part due to his constant appearances in pugs and FPL matches, but enthusiasm spiked when it was leaked that he was trailed for Cloud 9 as their potential fifth.

Despite the shifting public perception, it’s fair to say that Autimatic has not been up-and-coming player for quite some time. Over the last five months, he has been good contributor for TSM with his more stable level of performance contrasting nicely against some of his more erratic, risk-loving teammates, but he hasn’t been a standout player.  He has been a solid lurker and serviceable secondary awper, but his performances are rarely game winning or game losing.  TSM may or may not be a team on the rise, but Autimatic’s value as a player isn’t threatening to take off anytime soon.

I think if he really got back into the swing of things and he gets the right team around him, he could be a JDM-type player… a top 10 NA player.

fRoD’s inclusion within this list may be a bit strange given his acualt former stardom, but back in December there was high level of intrigue surrounding him and his professed potential depite the fact that he had not yet proven himself CS:GO.  On December 8th in an interview with Thorin, fRod announced that he was looking to make a comeback in CS: GO which generated a fair, but not unreasonable amount of interest in him. In the following weeks, clips were spread, line-ups were postulated, and high expectations were set. CompLexity announced his signing on the 19th of December.

Unfortunately, whether it be confirmation bias, nostalgia, or just plain nepotism, somehow CompLexity couldn’t see that fRod wasn’t ready to play at a professional level again. Credit due, he was bone fide superstar-level awper in 1.6 who maintained a high level of play over his extended career, but his online play with CompLexity over the following weeks showed none of that former brilliance. In his best games he was only mediocre, and at his worst he was fairly dreadful. By the end, Complexity had even moved him off of the awp due to the high cost of the weapon and fRoD’s newfound ineffectiveness with it. After being removed from the starting roster in March, fRoD wrote on twitter that he was “more motivated than ever, practicing harder than ever,” but he has mostly been inactive on social media and in CS: GO for the past two months.