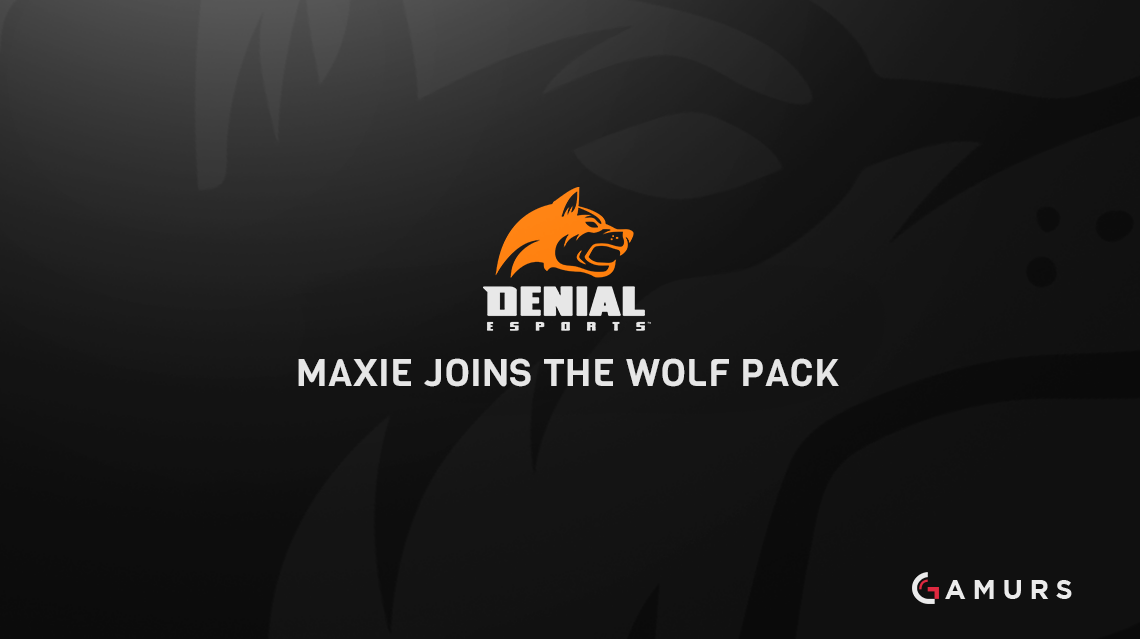 Earlier today, Denial announced that Christian “Spitfire” Schiölde and the organization have parted ways. With his departure, the organization started to map out their options and decided to pick up Max “maxie” Lönnström, a player who has hopped around small organizations. The COO, Ray Arsenault, said in their announcement, “…after talking with him and hearing his goals for going into 2017, it was clear that he was the right person to fill our CS:GO team.”

Maxie has been around in the Counter-Strike: Global Offensive scene since 2014. His most recent team was GrabbarnaGrus, where he achieved a top-four finish at the Yoggi Yalla Cup. One of the most notable teams he’s been on was Team Orbit, where he teamed with one of the players on Denial’s roster, Alexander “SKYTTEN” Carlsson.

Denial’s team didn’t have too hot of a year in 2016. They weren’t able to qualify for ELEAGUE in the three open qualifiers they played in. They also didn’t manage to qualify for America’s Minor Championship 2017 closed qualifier or the ESEA Season 23: Global Premier Challenge. With their new addition, they are hoping to see better results in 2017.

“I’m really excited to get the opportunity to fly across the Atlantic and play for Denial,” maxie stated in their announcement. “It feels great to be a part of this team, and also to finally play with SKYTTEN once again.”

Do you believe this addition will help the team? Let us know in the comments and make sure to follow us on Twitter, @GAMURScom, for live coverage and other esports content.