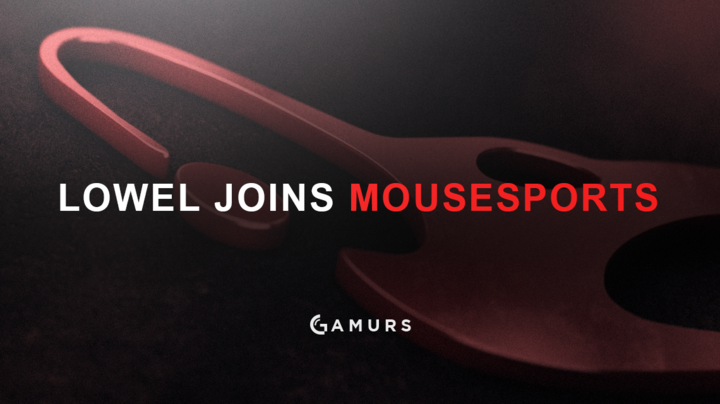 After Tomáš “oskar” Šťastný was benched and replaced by Johannes “nex” Maget for personal reasons, mousesports has brought Christian “loWel” Garcia Antoran — from PENTA Sports — on the roster.

Mouz said finding a replacement for oskar was a top priority, because nex was struggling with a wrist injury and the team had a full schedule. LoWel, a Spanish rifler, is now the permanent fifth for the Counter-Strike: Global Offensive squad.

Not much is known about oskar’s sudden distance from mouz. In the press release, Cengiz Tüylü — mouz CEO — said that oskar made it clear he would not be able to practice and compete for the next month.

Enjoyed our time together brother @loWelchr1s Goodluck in mouz wish u nothing but the best! <3

LoWel received congratulations and praise for the move to mouz from fans and new and former teammates on Twitter. Many wished him luck on his new venture.

“The stage I am about to embark is a dream come true, as it allows me to compete in the most important tournaments – which is what I have always wanted, and in which I will do everything I can to be the best,” loWel said in the announcement. “I want to thank PENTA Sports and my former teammates for giving me the chance to develop in the European scene and mousesports for putting their trust in me.”

What are your thoughts on the mouz pickup? Do you think LoWel will flourish with mouz? Let us know in the comments below or by tweeting us @GAMURScom.