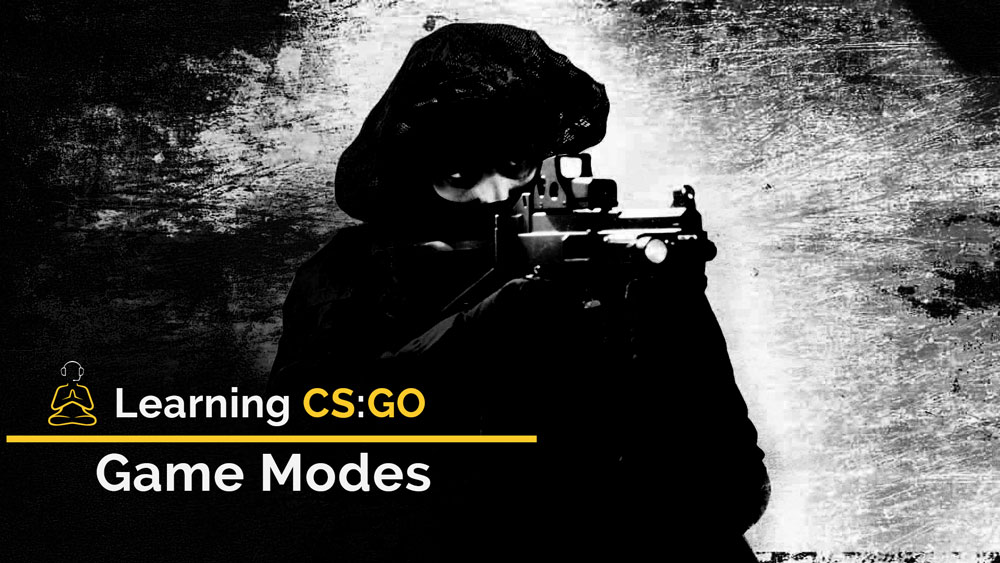 This is a game mode that is included in every shooter. It is more accurately called Team Deathmatch: terrorists versus counter-terrorists. You can use whatever weapon you want or let the game automatically set up weapons for you. After dying, players respawn elsewhere on the map. The first team to reach a set number of kills wins.

This game mode is similar to Deathmatch except your weapon changes as you accumulate kills. Weapons cycle until you reach the last weapon, a knife. If you can get a kill with it, you win the game. This is a fun game mode to play for beginners and with friends.

Demolition is the game mode played in competitive CS:GO matches. Teams are 5v5 and after dying, players do not respawn until the start of the next round. The goal of this game mode is to either kill all enemies or detonate (terrorists) the bomb at one of two bomb sites. Counter-terrorists will attempt to defuse the bomb if planted. Every time you get a kill, you will spawn with a new weapon in the next round. Getting more than one kill will furthermore give you a grenade. This mode also has its own maps. After 10 rounds, the teams change sides and the winner is the first to win 11 rounds.

This is the creme de la creme. Matches can be as large as 10v10. Counter-terrorists try to rescue hostages or stop a bomb detonation. The map pool is separated into two different categories: Active Duty and Reserves.

Here we are, competitive play. Before you are allowed to play this mode, you need a minimum level of experience within CS:GO. When playing on the competitive playlist, you move your way through 18 different ranks ending at the most prestigious, Global Elite. Depending on the map, the objective as the counter-terrorists is to rescue hostages or defuse a bomb. After every round, you earn money that can be used to buy weapons and equipment to be used in the next round.

The rest of the Learning CS:GO series will focus on different aspects of the competitive side of the game.