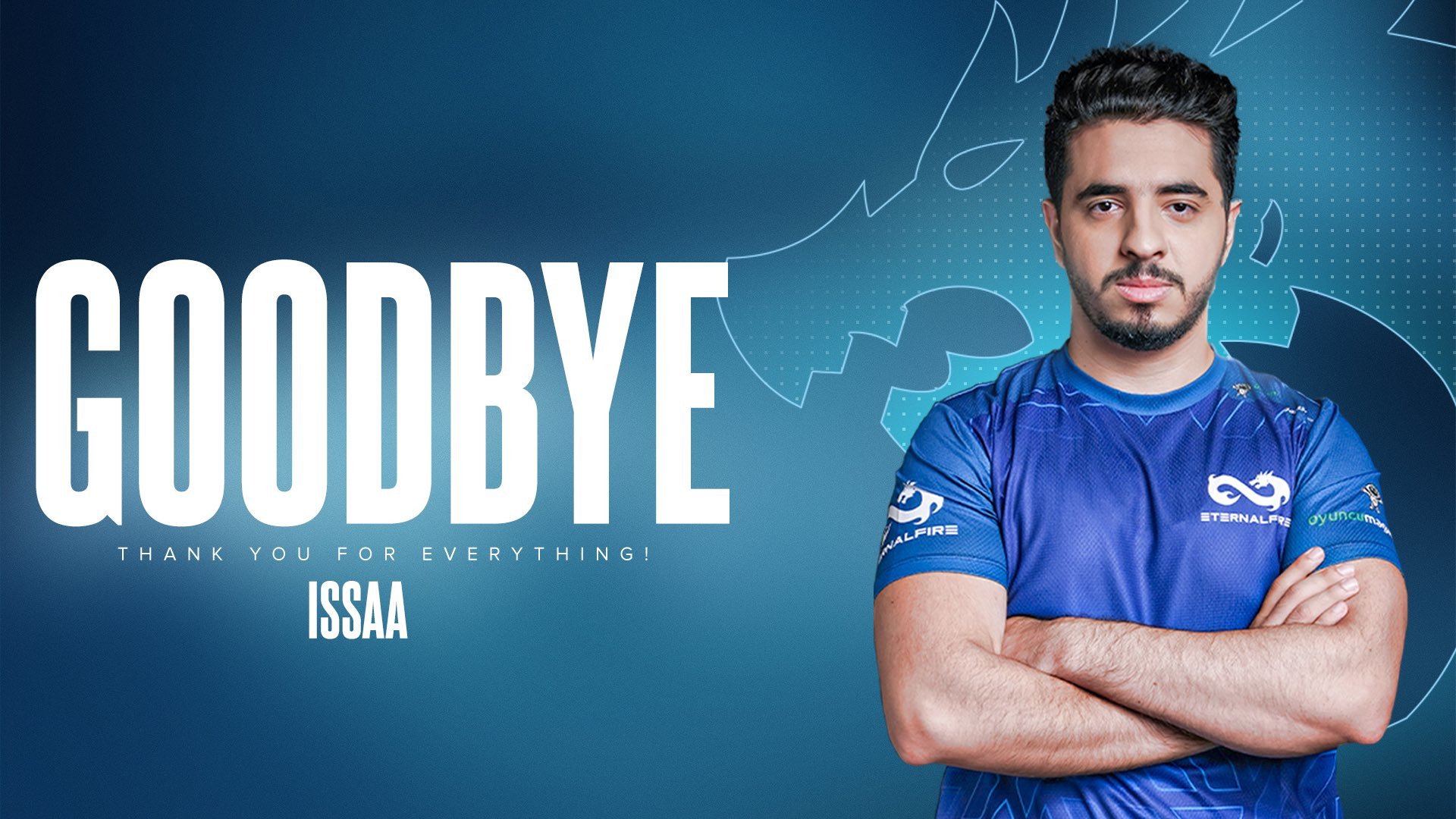 The 24-year-old leaves the CS:GO project just two months after it was founded. The team were aiming high since superstars like ISSAA, woxic, and XANTARES are used to succeeding. Nevertheless, it looks like a lack of satisfying results left the lineup in need of a change.

But poor results weren’t the only factor in dropping ISSAA, according to the organization. “Because he could not adapt to Turkey and decided to return to his own country, we decided to separate ways,” Eternal Fire’s statement reads. “Thanks for your hard work. Good luck in your career.”

Eternal Fire have participated in multiple tournaments since the team was founded at the beginning of August. They started with one minor success by winning ESA Esports Supremes 2021, an event featuring only Turkish teams. Later on, Eternal Fire didn’t achieve much, finishing multiple tournaments and qualifiers outside the top four or not making it through to the main stages of the events.

ISSAA’s future remains uncertain, he said on Twitter. He’s shown that he’s capable of competing on international teams since he was a part of OG for 18 months. But it’s unknown whether he’s seeking new opportunities on English-speaking rosters.

The same goes for Eternal Fire. The team has some time to examine its options since most professional CS:GO action will halt during the upcoming PGL Stockholm Major.