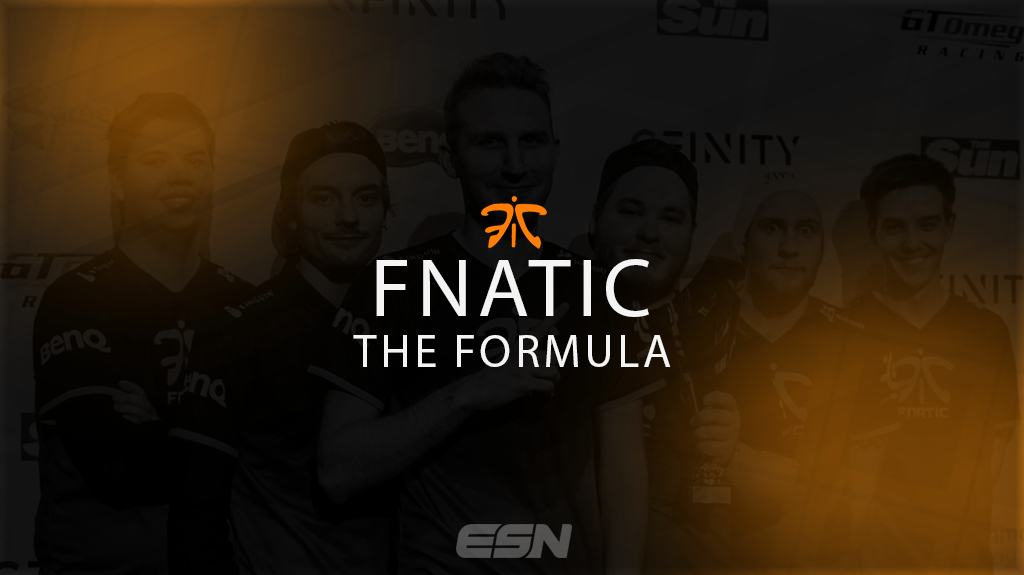 For Counter-Strike enthusiasts, FNATIC is a well-known eSports organization that boasts numerous trophies and legendary players. One could make the statement that their current roster is the greatest to ever touch the game; however, this team has had an uphill battle to get to where they are today.

In the Wind of Change

On July 9, 2013, FNATIC abandoned their former CS:GO eSports team. Nevertheless, the men soon experienced the harshness of history as they found 1.6’s successor a much different game. They couldn’t adapt and the big dogs at FNATIC saw it.

On August 6, 2013, FNATIC signed Ex-Epsilon eSports, the promising Swedish squad which consisted of JW, Flusha, Devilwalk, Schneider and Moddii. There were doubts and some hype, but nobody could have imagined that FNATIC would build a dynasty. After all, who had time to notice another Swedish team while Ninjas in Pyjamas were at war with the French teams. Beware NiP fans, as history reminds us how f0rest (yes, ironically), cArn and Dsn were gathered by FNATIC under their radar. One of those names, cArn, still remains as manager and he means business.

In Search of an Identity

Life wasn’t easy for the Swedes at the beginning. Their results were inconsistent, their in-game leader engaged a scandal versus NiP at Dreamhack Bucharest , and the reliance on their streaky stars rather than their strategies meant they had a slim chance against titans such as NiP or Verygames.

“For quite some time we have been struggling with defining the player roles and responsibilities in our CS:GO division,” said cArn. “Particularly we have not achieved as good as we would like to with the in-game leadership.”.

FNATIC’s manager realized how important leadership was to the team’s identity. It was on Nov. 12, 2013, when Markus “Pronax” Wallsten was chosen to lead the FNATIC lineup in place of Moddii. This time, the community went crazy, questioning the roster change before Dreamhack Winter – the event that marked the open era of CS:GO. A few weeks later, Pronax silenced all of the critics as he led FNATIC to the biggest upset in Counter-Strike: Global Offensive history.

FNATIC’s triumph at Dreamhack Winter 2013 not only made them the first major winners but also gave fans their first glimpse at the FNATIC of today. A highly skill-based style combined with smart mid-round decisions, Pronax brought invaluable assets to the team. People were hyping FNATIC, saying this team could be the next great team to come – and they were right.

FNATIC’s win was the beginning of the era, and soon they were overwhelmed by it. The old players from 2013 found themselves slipping in the ranking as Dignitas, Na`Vi and Team Virtus.pro replaced them at the summit of Counter-Strike. The problem was that despite possessing a unique style, FNATIC simply could not aim well on a consistent basis. JW and Schneider were on the decline, Pronax and Devilwalk were mere supports, and only Flusha could provide some consistency in the fragging area. After the humiliating exit from Dreamhack Summer group stage by the hand of SK, it was evident that FNATIC needed a change.

Luckily for the London-based organization, the Swedish pool of players was deep enough at the time. In June 2014, the rising star Olof “olofm” Kajbjer and his supportive teammate from LGB – Freddy “KrimZ” Johansson replaced Schneider and Devilwalk. Fifteen months after, this remains the most successful deal in CS:GO history.

Deities of the Era

It was 15-7, FNATIC was one game away. They had not won yet, but everyone knew there was no way they were letting this go. As Flusha got the final kill on Happy, the crowd exploded in cheers and boos. FNATIC took their third major title, while nobody else has even won a second.

The KrimZ – Olof duo worked wonders for FNATIC. Upon joining, KrimZ had brought a new aspect to FNATIC’s game. His insane Counter-Terrorist play and ability to hold a bombsite by himself means olof can rotate early with minimal risk. Therefore, faking a bombsite take was ineffective to FNATIC’s wall. On a map like Inferno where fakes are used quite a bit and where bombsites are small like on the B bombsite, FNATIC is indestructible.

While KrimZ and JW defined FNATIC’s CT-centric meta in 2014. The best player in the world, olofm, rose to stardom in 2015, empowering FNATIC on both sides of the game. Generally considered the most versatile player in CS:GO being a top five rifler and AWPer, olofm is miraculous in every category. Monster rifles, god pistols, and a accomplished AWPer, combined with exquisite entry fragging and clutching ability, very few players have been able to shut him down. Adding his synergy with KrimZ, together they formed the deadliest duo in CS:GO thus far.

Moreover, after olofm and KrimZ, JW was released from the burden he has always carried (unsuccessively at that). With KrimZ’s unique ability and olof’s versatility, FNATIC deals with 4v5s better than anyone. This freed JW and gave him a freestyle role, going for first blood instantly, crazy peaking and re-peaking. While the other stars are pretty consistent, JW maintains unpredictability. The only concern for JW is which gun to use, the AWP, Mag-7 (called FNATIC’S Bank) or the CZ75-Auto.

Since the roster moves happened, FNATIC has attended 24 LAN events, won 13 of them and made the final 17 times. Also, they only failed to get top-four once. Out of the four majors they took part in, this legendary team has made the finals three times, securing two wins at ESL Katowice and ESL Cologne back-to-back in 2015. Their run of success is unmatched, not even the infamous NiP team is more competitive.

Tracking down FNATIC over eSports titles, their success definitely was no fluke. It was, by all means, great strategy and extraordinary decision making. FNATIC’s triumph can be broken down in three steps:

Securing Young Talent: This is the first step of the process. Whenever venturing into a new game (or an old lineup breaks down), FNATIC always secures the best talent they can find. This takes fantastic scouting and vision. JW and Flusha from CS:GO, Huni and Febvien from League of Legends and f0rest and Dsn from CS 1.6 were primary examples of the first-generation talent FNATIC took under their wing.

Appointing Leadership: FNATIC’s management team knows that skill alone is not sufficient. A best team needs an identity, a leader to define the approach and roles. From a historical point of view, cArn and Pronax stand amongst the best team leaders of Counter-Strike ever, while entrusting the leading role to Yellowstar to bring their League of Legends division immense achievement.

Perfecting the Lineup: The first two steps of the process build the foundation for the team, and the next stage is to bring the game to the next level. Hardcore fans would certainly remember the recruitment of GeT_RiGhT and Gux in 2009, transforming the sturdy 1.6 team to a winning machine, or the acquisition of Rekkles resulting in a 21 game win streak of FNATIC LoL at LCS Summer 2015. Astonishingly, FNATIC can always find the right pieces. And when they do, action is taken within an instant. KrimZ and olofm were signed as soon as LGB disbanded, and Trace was secured after getting kicked from SK and Rekkles after a disappointing season.

Nobody could execute their plans as successfully as FNATIC did. Welcome to the FNATIC era.

What are your thoughts on FNATIC? Let us know in the comments. Follow us on Twitter at @eSportsNation and @ESNCS for more coverage.