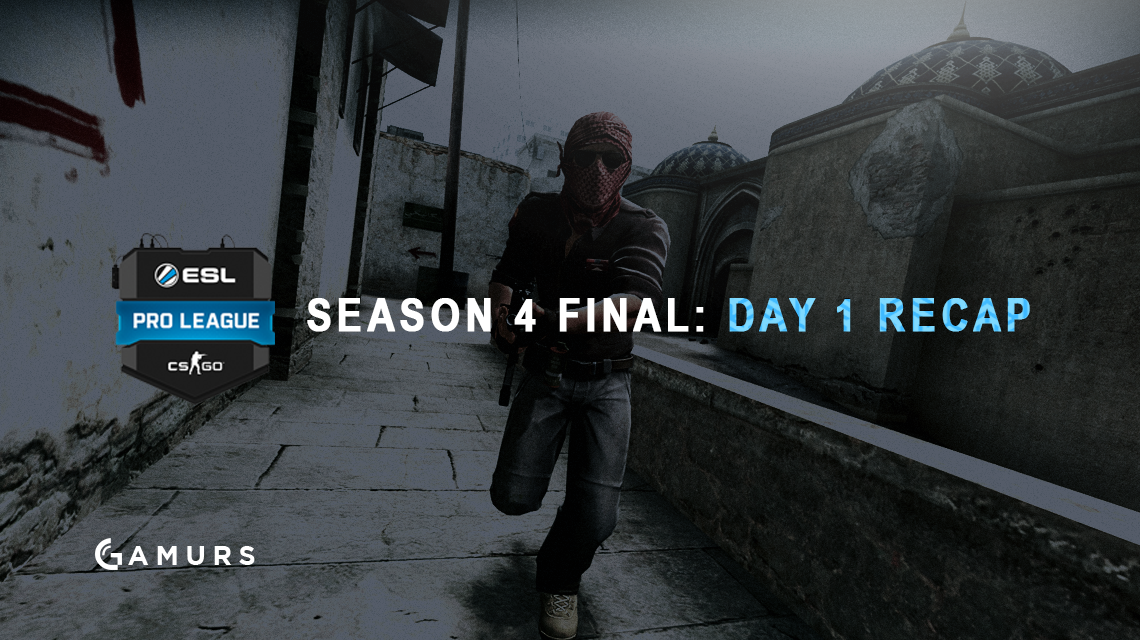 The first day of the finals for the ESL Pro League’s fourth installment has come to an end, and the matches have been a mix of one-way stomps and games that have gone right to the wire. Team Liquid didn’t have the start they were hoping for after a heroic event at ESL One New York, nor have Brazillian teams SK Gaming and Immortals made use of the home advantage, as both teams failed to win their fixture. Without further ado, here are the scores from the first day of action in São Paulo.

All teams played today, giving us an idea of who is looking in the best form. Carrying on their momentum from the EPICENTER win, Dignitas looked great from their first day of games, taking wins against NRG and NiP. The Ninjas, while losing to Dignitas, also came out of the gates hot, beating reigning world champions SK Gaming and taking their game against Dignitas to the 30th round. Tomorrow is set to be an exciting day as the teams continue to battle for the lion’s share of the prize pool.

What was your favorite moment from the first day of this event? Let us know by commenting below or tweeting us @GAMURScom.