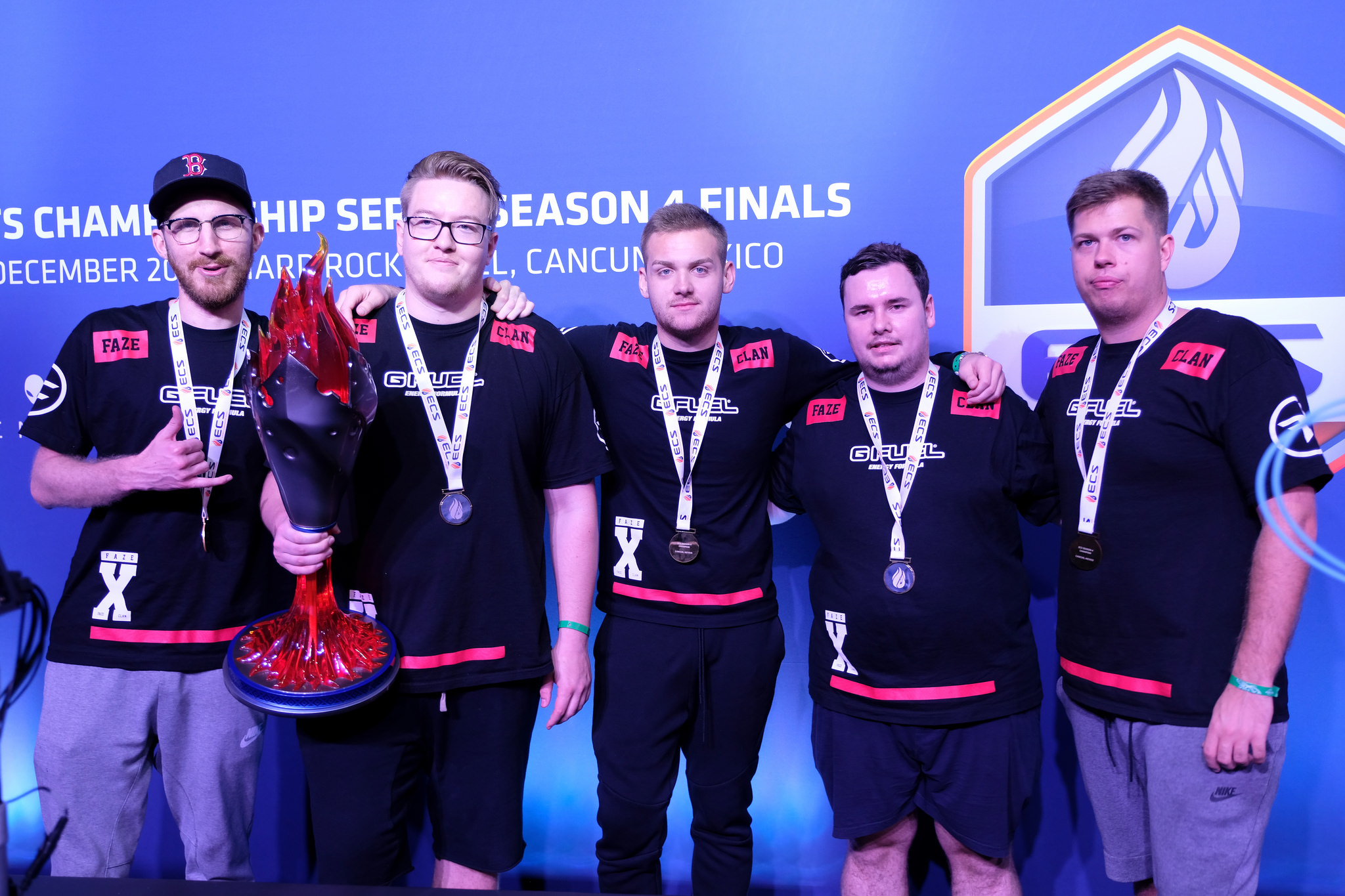 The first FACEIT-hosted event of the year is here, and some of the world’s best teams are gathering in London for another fun weekend of CS:GO.

Starting on June 8 and continuing until June 10, the Wembley Arena will be home to another weekend of Counter-Strike, with ECS Season Five culminating with its Finals event. Eight teams from the North American and European regions have survived their respective 10-team leagues and now they’ve earned themselves a spot in FACEIT’s big-money event, which boasts a $660,000 prize pool.

Related: FaZe close out 2017 as the champions of ECS Season 4

The group stage of the ECS Finals will be two days and will feature a standard, GSL-style format. On June 8, both groups’ initial best-of-one matches will be held, followed by the winners’ best-of-three matches. Then three teams will battle it out for the last playoff spot in their group in the losers’ elimination match and the losers’ decider match on June 9. Championship day will be on Sunday June 10, when the four remaining teams at the event fight in a single-elimination best-of-three match bracket to decide who’s worthy of hoisting the trophy.

Seedings for the group stage were conducted in an unconventional manner. Since Astralis and NRG finished in first place during the online regular season, they could pick who goes into the opposite group. Those two teams then select another two teams who’d be in a group with Astralis and NRG, and so on and so forth. This is done until all eight teams are placed into a group.

To watch the event, viewers can tune into FACEIT’s YouTube channel throughout the weekend.