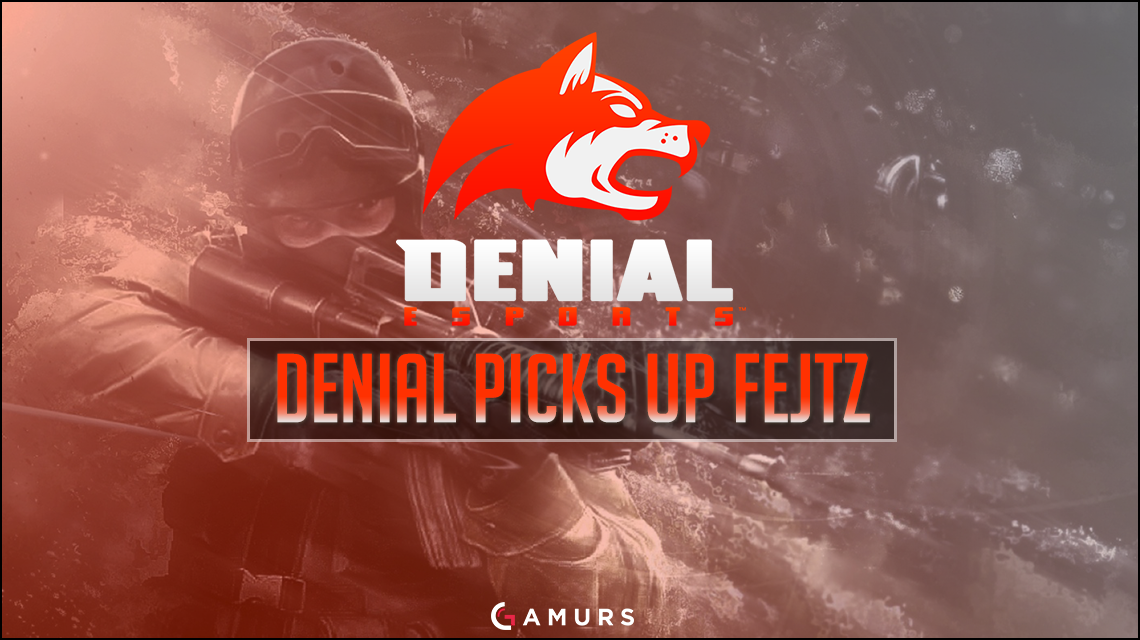 Just two weeks after Denial Esports added Max “maxie” Lönnström to its Counter-Strike: Global Offensive team, the organization has made another move.

FejtZ was seen on multiple teams during 2016, with most of them being Swedish. Publiclir.se, Method, and ArchAngels were some of the most well-known organizations that he played for. Though he played for multiple teams and never found solid footing, fejtZ still found success. He and his teams won the Ownit CS:GO Challenge tournament and Spektrum #8, and made it to the finals at ESPORTSM 2016.

FejtZ is clearly excited to join this Denial squad.

Denial’s roster is preparing for future tournaments, and they likely be a rising team to look out for.

What do you think of this addition? How well do you think Denial will do in 2017? Let us know in the comments and make sure to follow us on Twitter, @GAMURScom, for live coverage and other esports content.