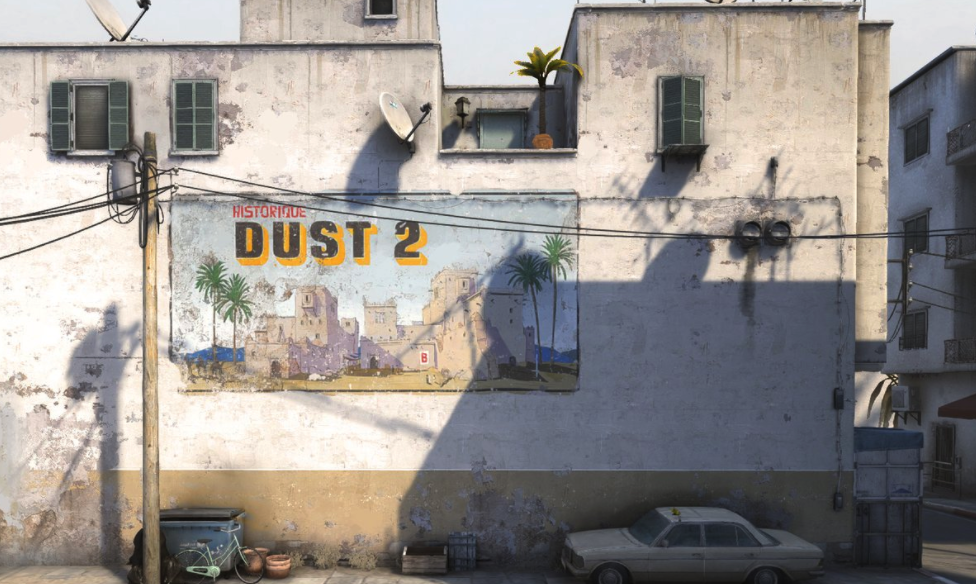 Dust II is finally back in the Active Duty map pool for Counter-Strike: Global Offensive after being absent for over a year.

To make room for Dust II, Cobblestone is being taken out so that the map pool will remain at seven official maps. Cobblestone seems to be the next map that will be remade, following Dust II and Inferno’s remakes that happened throughout 2017.

Related: The new and improved Dust II is now available for beta testing

The old version of Dust II was removed from the Active Duty pool after the ELEAGUE Atlanta Major in January 2017 to make room for the new Inferno, or Infernew. Dust II, or Dust New, was improved and remade to have a much more modern feel in line with the ever-improving aesthetic of CS:GO.

In both of the updated versions for Inferno and Dust II, Valve changed the maps to have much more fluid gameplay. Not only did they adjust the game meta for both Counter-Terrorists and Terrorists, but they also took out a lot of the clutter and visibility details that made those maps problematic for players with poor graphics.

For players who aren’t well-versed with the new Dust II meta, don’t fret. There’s a Dust II only playlist in the casual games tab so you can practice in a less-intense bomb defusal setting.