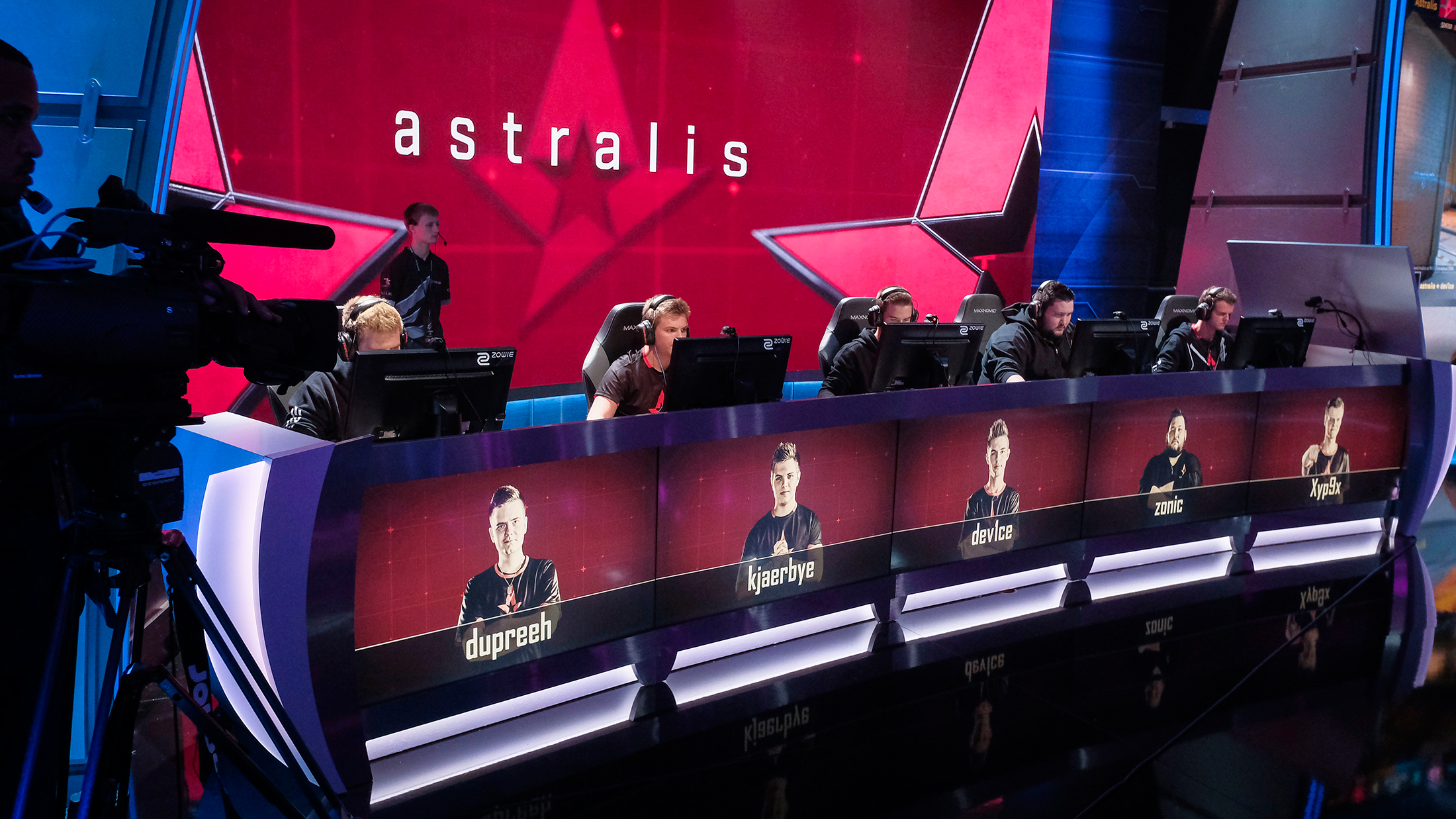 Despite not having their in-game leader for the first day of competition, Astralis still managed to top their ELEAGUE group this week, taking out Counter Logic Gaming in the finals on Friday night.

Danish team captain Finn “Karrigan” Andersen was denied a visa waiver for entry to the U.S., instead having to secure a temporary visa at the last minute. This led to him missing the games on Tuesday, with Astralis subbing in their coach Danny “zonic” Sørensen in his stead.

The team managed to fight their way through Group C, and despite some close matches against NRG eSports in the semifinals they made it through to the finals. This time Counter Logic was slightly on the back foot, with their coach Faruk Pita standing in as their fifth member while they look for someone to permanently fill the roll.

Astralis took the series 2-1 to make it through to the playoffs in a few weeks’ time. They dominated Counter Logic in game one on Mirage, taking it out 16-7. Counter Logic fought back hard in the second game on Dust 2, coming out on top at 19-16 in overtime. Astralis’ newest member Markus “kjaerbye” Kjærbye, who transferred from Team Dignitas last month, continued to put on a great performance in game three on Overpass, so even though Counter Logic controlled the map in the early game, the Danish team closed it out 16-11.

This is not the end of ELEAGUE season one for Counter Logic, they still have an opportunity to qualify in the last-chance qualifier week. So far Luminosity and Ninjas in Pyjamas have also made it to the playoffs, topping Group A and Group B respectively.