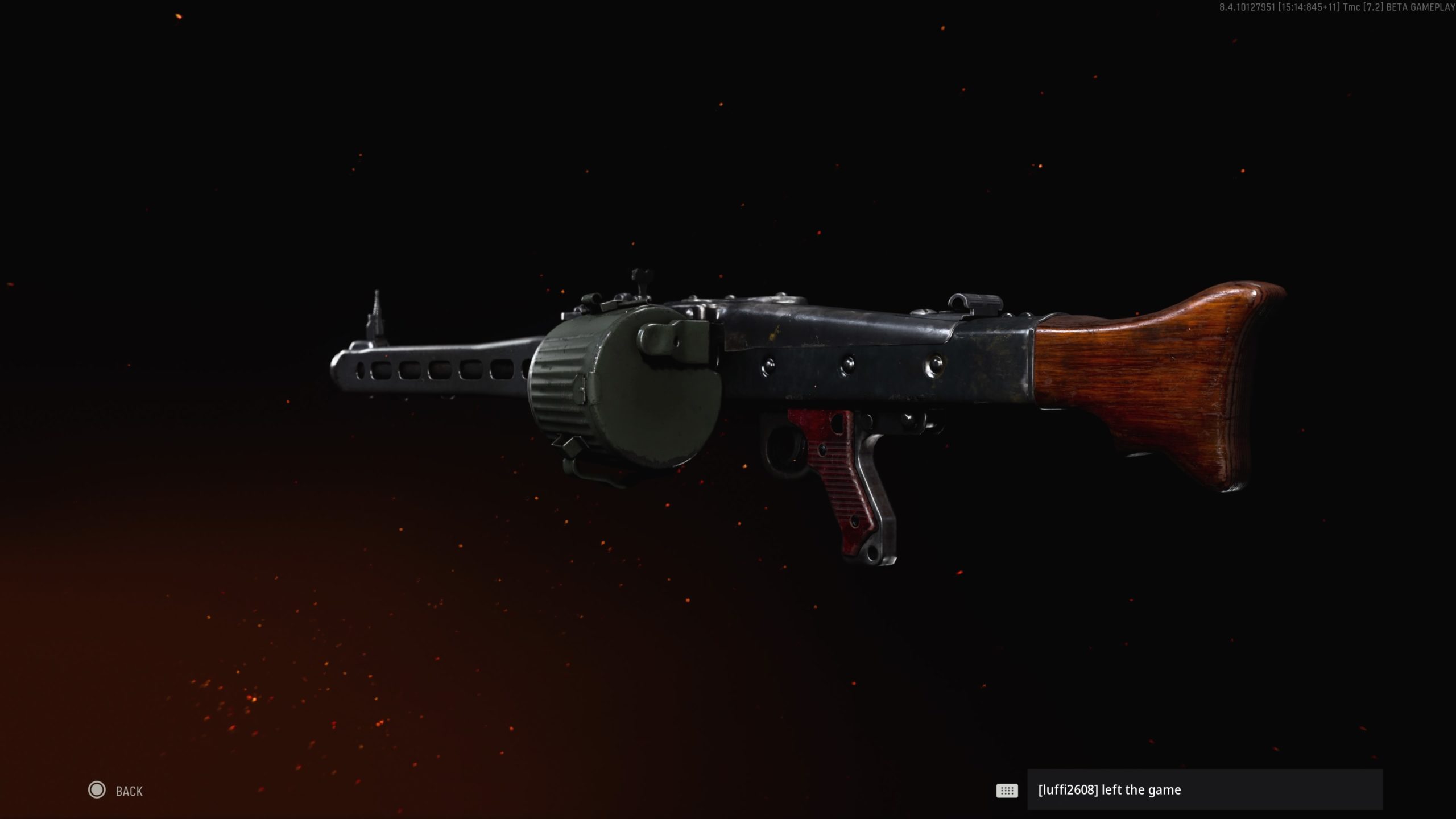 The MG42 is making its triumphant return in Call of Duty: Vanguard, the World War II-era FPS.

MG42 stands for “Maschinengewehr 42” or just “machine gun 42.” The MG42 is a German light machine gun from WWII and it was used by the Wehrmacht and the Waffen-SS during the latter stages of the war.

It’s looking like LMGs could be decently strong in Vanguard in the early-going, so weapons like the MG42 are worth your time and effort to see if it’s something you can vibe with in multiplayer matches against foes who are undoubtedly running and gunning with the MP-40.

If holding down a lane with suppressing fire is your thing, the MG42 is the gun for you. Mount up on a wall or an obstacle and spray down a doorway or hallway with ease with this one, especially with the attachments we suggest.

Here’s the best way to equip the default LMG in Vanguard, the MG42.

Like any LMG, the MG42 suffers when it comes to speed and movement, so running and gunning isn’t advised. It has a painfully slow ADS time, too, so these attachments will help with that while keeping you in the fight.

The MG42 will excel in large player count lobbies like Blitz combat pacing. The more enemies there are to shoot, the more likely you are to find some hitmarkers the longer you hold down the trigger. Mount up and go to town on objectives and spawns alike.

In the 1940s, the MG42 had about double the fire rate of other LMGs at the time, like the BAR. Use it to your advantage and spray down destructible environments to change the map’s landscape and turn the tide in your team’s favor.