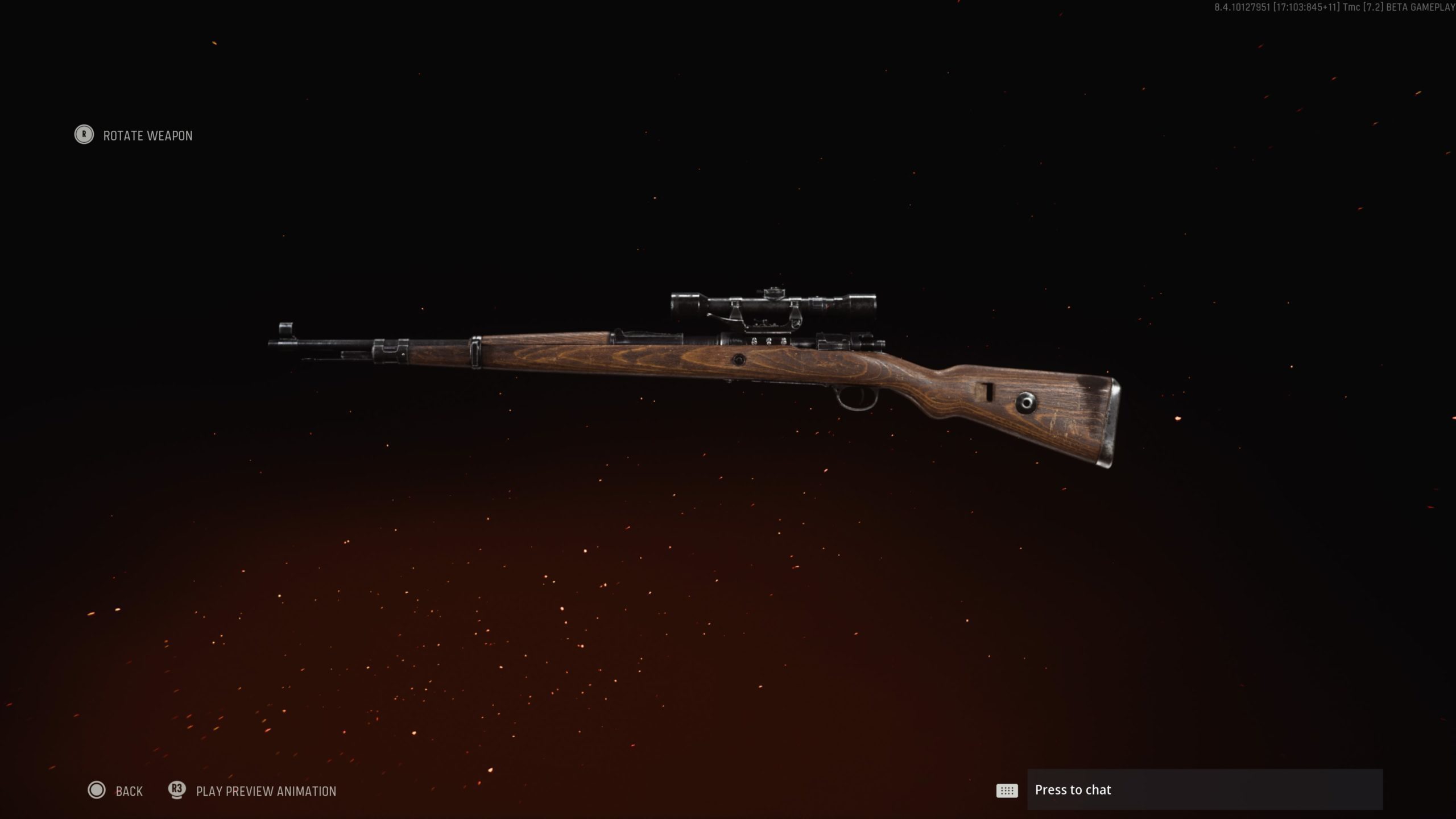 There’s something so satisfying about a classic, 1940s-era bolt-action rifle. It’s part of what makes World War II games so satisfying to play.

Call of Duty: Vanguard has a number of bolt-action rifles to use, but one of the most satisfying is the Kar98k. This gun will immediately be familiar to players of just about any FPS game in recent memory, like PUBG or Battlefield V.

The full name for the Kar98k is “Karabiner 98 kurz.” It’s a bolt-action rifle that was adopted by the German military as its standard service rifle in 1935. It became a battlefield standard during WWII’s battles between Allied and Axis forces.

Here are the best attachments to use with the Kar98k in Vanguard.

The best Kar98k loadout in Vanguard

The Kar98k is a strong sniper rifle without any attachments, but adding these will increase its slow movement speed while also helping deal more damage, especially through walls and barriers with something like the FMJ Rounds.

This will likely become a favorite for quickscopers at the outset. More snipers will likely join the game over the coming months, but for now, the Kar98k is the best choice for run-and-gun QS fans and those who like to sit in the back of the spawn alike.