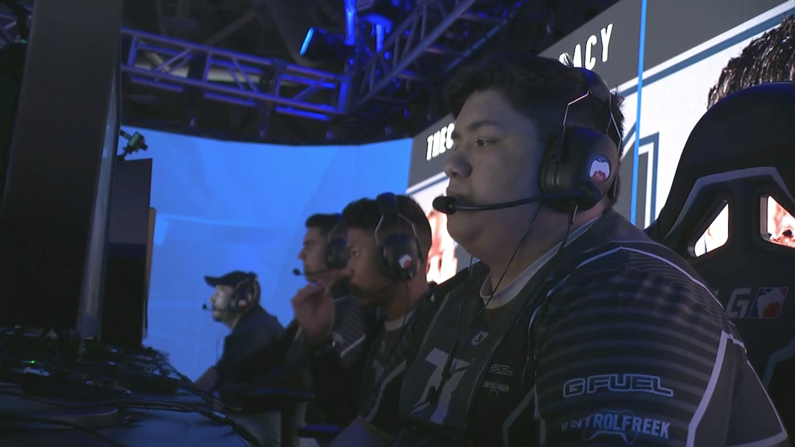 Tonight’s winners bracket finals at the Call of Duty World League Dallas Open produced a stunning result as Team Kaliber swept OpTic Gaming to send the Green Wall down to the losers bracket.

Both teams were undefeated heading into the winners bracket finals earlier today. After going 4-0 in pool play, OpTic took down Red Reserve and Splyce, while Team Kaliber went through Echo Fox and eUnited to reach this highly-anticipated matchup.

In map two, Ardennes Forest Search and Destroy, OpTic—Seth “Scump” Abner, Matthew “FormaL” Piper, Damon “Karma” Barlow, and Ian “Crimsix” Porter—jumped out to an early lead, featuring an impressive one-vs-two clutch for Crimsix. But tK bounced back and won the map 6-5 to improve their series lead to 2-0.

With all momentum on their side, tK slammed the door shut on OpTic with a 4-1 win on Flak Tower Capture the Flag. Team Kaliber will advance to the grand finals at CWL Dallas with this sweep of OpTic, while the Green Wall will await the winner of Splyce vs. FaZe Clan in the losers bracket finals.

Many fans doubted Team Kaliber heading into this tournament, but they are now in the grand finals of the first major LAN event of Call of Duty: WWII.