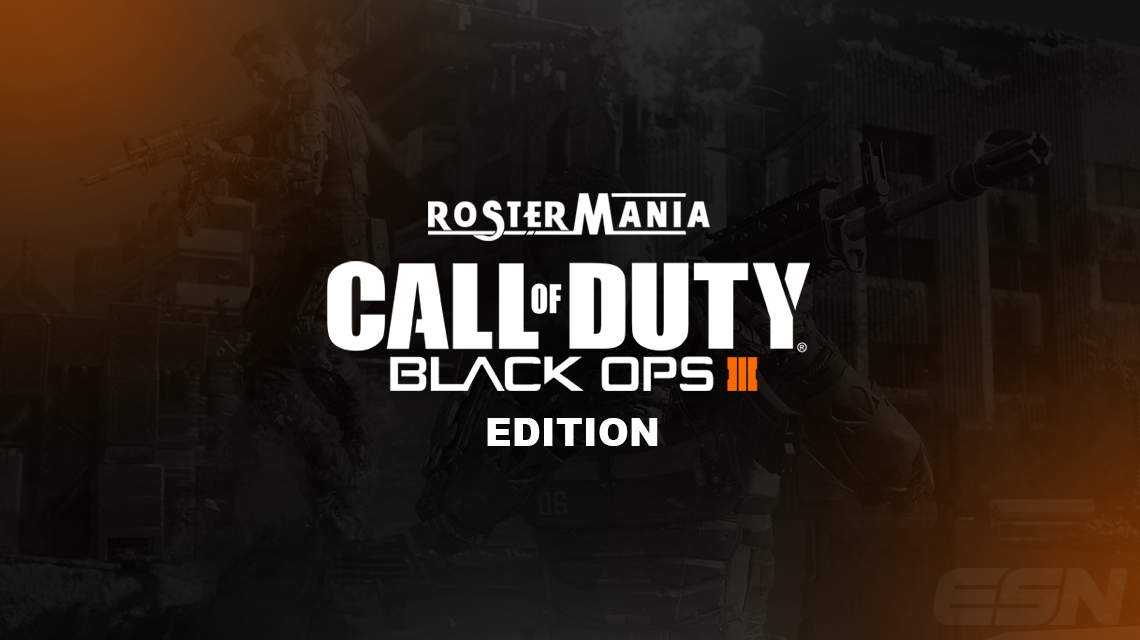 *Disclaimer: This article was last updated on Oct. 30, 2015. None of these individual roster changes announced by players have been confirmed by their organizations yet (unless otherwise noted).

Roster Mania got off to a bang when Rise Nation announced their new roster consisting of Josiah “ Slacked ” Berry, Sam “ Octane ” Larew and Nick “ Classic ” DiCostanzo. They later announced that Daniel “Loony” Loza will be completing their roster for the start of Black Ops III.

The Enigma6 Group announced that they will be forming a “youth team” roster under E6 consisting of Jordon “ General ” Holloway, Cuyler “ Huke ” Garland, Donovan “ Temp ” Laroda and Thomas “ TJHaLy ” Haly.

E6 then kept the news coming when they announced that their “pro division” team as of now is a team-of-two consisting of Kenneth “ Dedo ” Dedo and Justin “ SiLLY ” Fargo-Palmer.  They later announced the acquisition of Matthew “ Burns ” Potthoff, making them a team-of-three looking for one player.

Team EnVy just announced a variety of changes to their roster going into Black Ops III, releasing Daniel “Loony” Loza  and Jevon “ Goonjar ” Gooljar-lim to pick up Patrick “ ACHES ” Price and Austin “ SlasheR ” Liddicoat. ACHES and SlasheR will join Jordan “ JKap ” Kaplan as a current team-of-three looking for one, with Joe “ MerK ” Deluca considered a possible candidate to complete this roster.

Team Kaliber has announced that they will be bringing back Jevon “ Goonjar ” Gooljar-lim to complete their roster for Black Ops III consisting of Brandon “ Sharp ” Rodgers, Dylan “ Theory ” McGee and Jeremy “ Nelso ” Olsen.

Doug “ Censor ” Martin took to Twitter to announce that his new team for Black Ops III will include himself, Bryan “ Apathy ” Z helyazkov and Renato “ Saints ” Forza. Apathy was officially released from Team Kaliber in the following tweet .

ASSASS1N Returns to Call of Duty

According to Trevor “ Trev ” Lindgren, he will be forming a team-of-three with Call of Duty legend Robert “ ASSASS1N ” Walsh and “ SLAPACKAGE ” heading into Black Ops III.

The Return of Next Threat?

The 2011 MLG National Championship organization Quantic Nex-TT-hreat could be making a return in Black Ops III after Richard “ FLawLesS ” Ferreira announced that himself and Blake “ Vengeance ” Campbell are now a team-of-two.

According to Anthony “ NAMELESS ” Wheeler, he will be teaming with Richard “ Ricky ” Stacy, Marcus “ MiRx ” Carter and Chris “ Parasite ” Duarte heading into Black Ops III. Marcus “ MBoZe ” Blanks also tweeted that he will be looking for three players to team with in Black Ops III.

We will be updating this article daily as more official changes are announced. Be sure to follow @eSportsNation for quick updates regarding rosters and all other Call of Duty news.