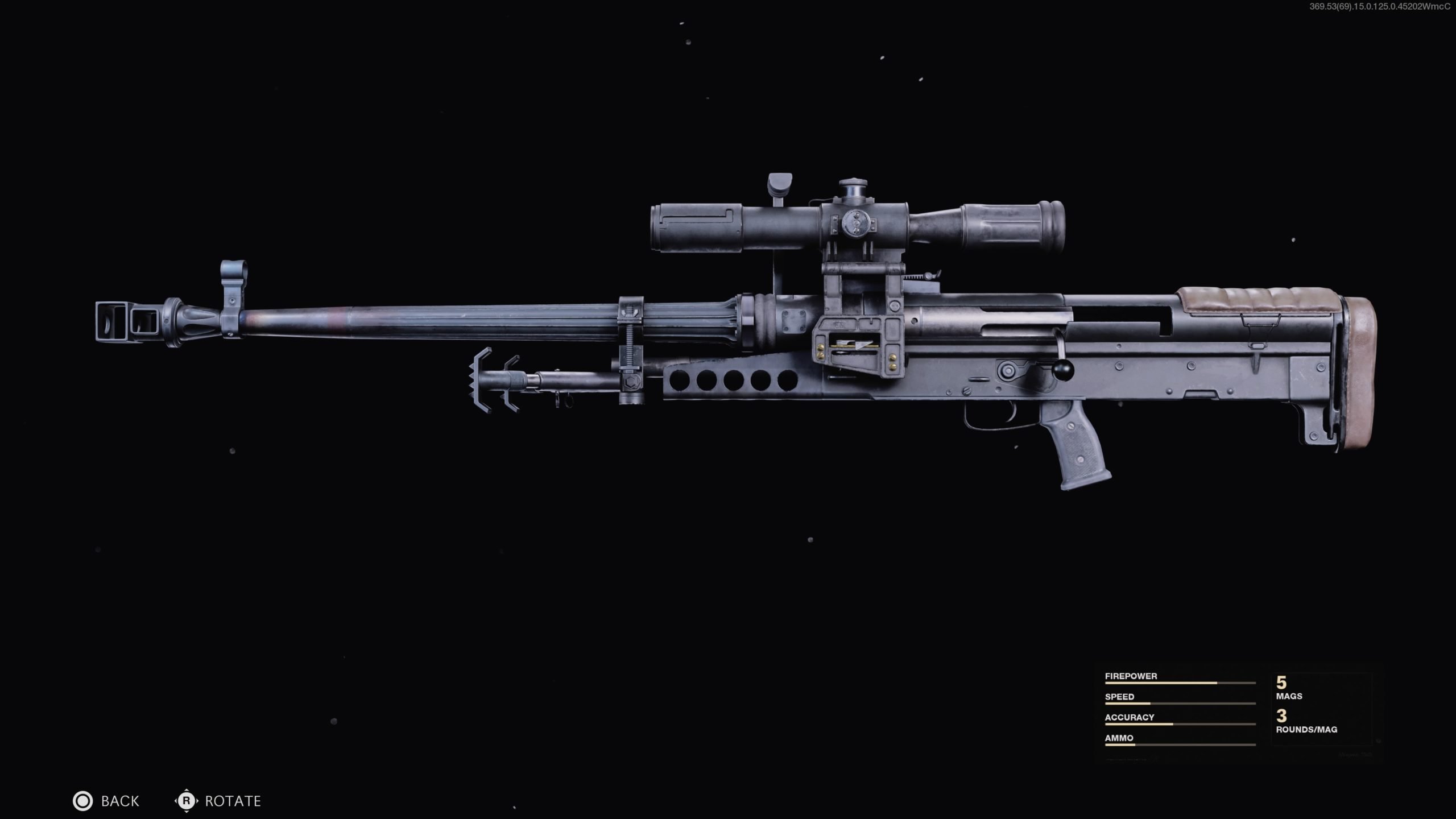 A new sniper rifle has entered the fray in Call of Duty: Black Ops Cold War and Warzone.

On April 7, Treyarch added the ZRG 20mm sniper rifle to the game’s ever-growing roster of weapons, granting players the chance to unlock it via an in-game challenge or by buying a bundle that includes it in a blueprint.

Offering the highest base firepower of any of the game’s four current sniper rifles, the ZRG might be a must-have for sniper fans who love to take down their enemies from afar.

Here’s how to get the newest sniper rifle in Black Ops Cold War.

How to unlock ZRG 20mm in Black Ops Cold War

The new sniper rifle is obtained by completing a challenge. The challenge is described as follows: “Using sniper rifles, earn two Longshot medals in 10 different matches.’

So, basically, it’s time to whip out your favorite sniper loadout and go to town for a while. You’ll need to get at least two Longshot medals, which are kills from a far distance, in 10 games. Just sit back, relax, and take down enemies from a distance and the Longshot medals will pile up.

You need to finish out each of the 10 games, too, so it’s not as simple as grabbing two quick kills, leaving, and re-queuing for some more action. You’ll need to play all 10 games to their completion for the progress to count.

The sniper can also be unlocked in Warzone, but that will take a considerably longer amount of time. But once you have it, you can use it in the battle royale game, as well.

If that sounds too daunting, you can unlock instant access to the ZRG by buying the Jackpot Sniper bundle in the in-game store. For 1,200 CoD Points, you get the Big Shot blueprint for the ZRG, along with a charm, an emblem, and a sticker.