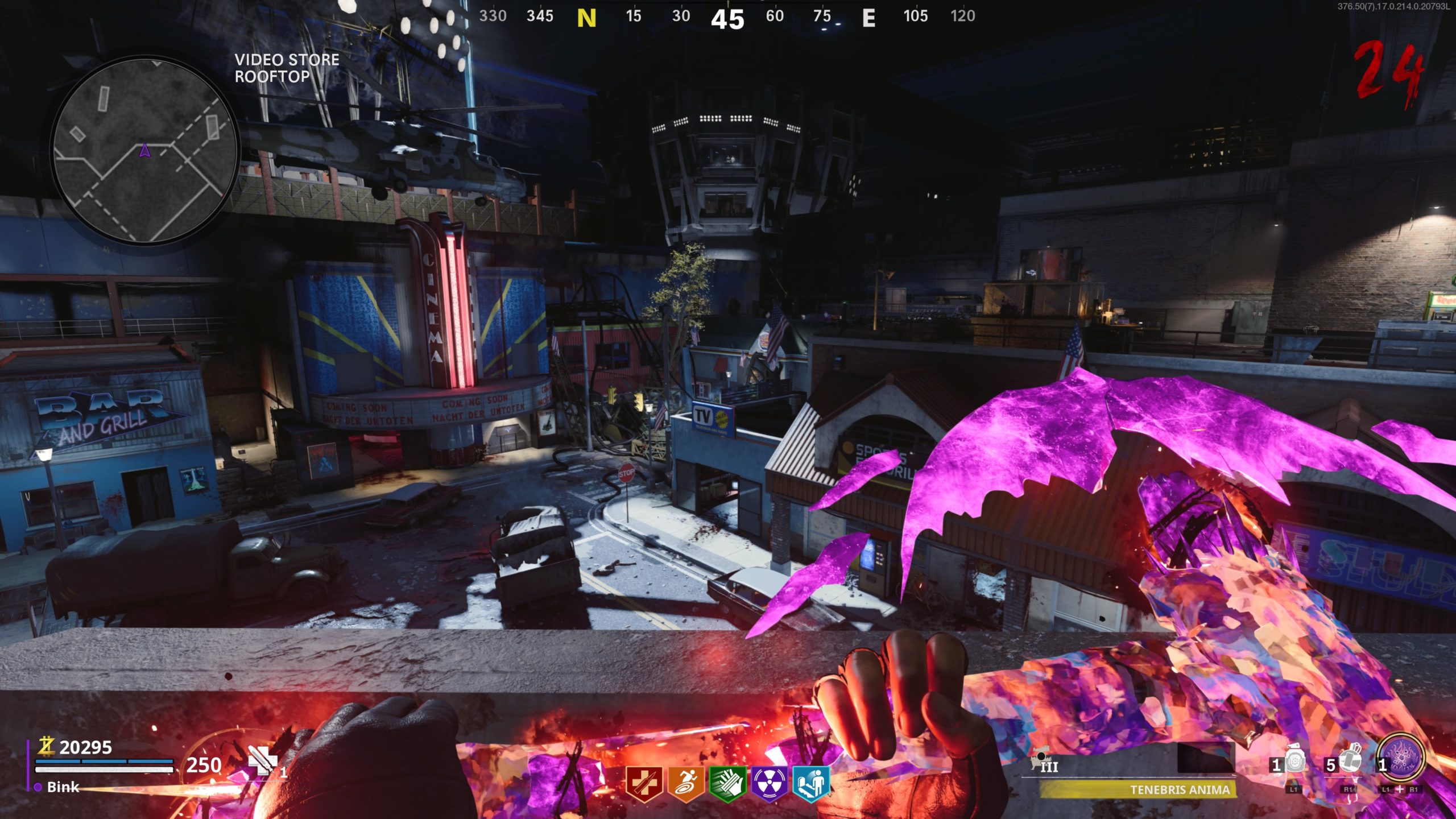 Forsaken, the latest round-based Zombies map in Call of Duty: Black Ops Cold War, is now available for free for anyone who owns the game.

Like all of the other round-based maps in Black Ops Cold War Zombies, Forsaken has its own unique Wonder Weapon. Following the release of Mauer der Toten and the CRBR-S in July, some Zombies fans might have been concerned about Treyarch’s ability to deliver another phenomenal Wonder Weapon. But the devs absolutely knocked it out of the park again with the Chrysalax.

The Chrysalax is a unique Wonder Weapon that has an ax and gun mode. The ax mode is incredibly strong, especially in the early rounds. It even has a sort of life steal ability that allows you to regain health and armor as you slash through zombies.

But before you can wreak havoc with this fierce weapon, you’re going to have to figure out how to get your hands on it. Here are some of the ways that you can obtain the Chrysalax on Forsaken.

Build one for free

The most reliable way to get a Chrysalax on Forsaken is to assemble one by collecting three parts in a slightly tedious process. First, after you’ve lifted the lockdown in the Observation Tower, which is where the Pack-a-Punch machine can be found on Forsaken, you need to hit another red button on the wall near the teleporter that you used to first get into this area of the map. Pushing this button will trigger a cutscene for the Easter egg and is a requirement before you can start collecting the parts for the Chrysalax.

All you need to do to get the Tempered Crystal Heart is kill a Tormentor (the red zombies first seen in Mauer der Toten) with a source of fire. The best way to do this is using a Flamethrower, which you can get from any Crafting Table for 100 High-Grade (blue) Salvage. Just use the Flamethrower to take down a Tormentor and they should drop the Tempered Crystal Heart for you to pick up.

After you’ve picked up all three Chrysalax parts, head to the Particle Accelerator room. You’ll find a rectangular container that you can put the parts into. Once you’ve inserted the components, you’ll need to get a few melee kills near the container. As soon as you’ve knifed enough zombies, the Chrysalax will pop up out of the container and you can pick it up for free.

If you don’t want to spend time building your own Chrysalax, there are still other ways to obtain this Wonder Weapon on Forsaken. One of them is completing Trials. The Trials machine is located in the Observation Tower.

By paying a certain number of points at the Trials machine, you’ll start a 90-second challenge. The tasks are usually fairly simple, like killing zombies in a certain location or avoiding taking damage. As you progress through the challenges, your Trials reward rarity will increase. If you want to get the Chrysalax by completing Trials, you’ll have to do enough to get your reward to legendary status.

To claim your reward, head back to the Observation Tower and interact with your reward station. You aren’t guaranteed to get the Chrysalax from completing Trials, however. If you want to have the best shot at obtaining this Wonder Weapon, make sure you don’t claim your reward before reaching the legendary rarity. Then, you’ll just have to hope that luck is on your side.

This will transport you to a new location where you’ll need to kill zombies to “feed” one of the dragon heads from the Black Ops III Zombies map Der Eisendrache. Once you kill enough zombies, a golden loot chest will appear. You can potentially get a Chrysalax from this crate, but again, there’s no guarantee.

If you really want to try your luck, you can spend your points on the Mystery Box and obtain the Chrysalax that way. But just like the Trials and Der Eisendrache methods, there’s a lot of RNG involved in trying to get Forsaken’s Wonder Weapon from the Mystery Box.