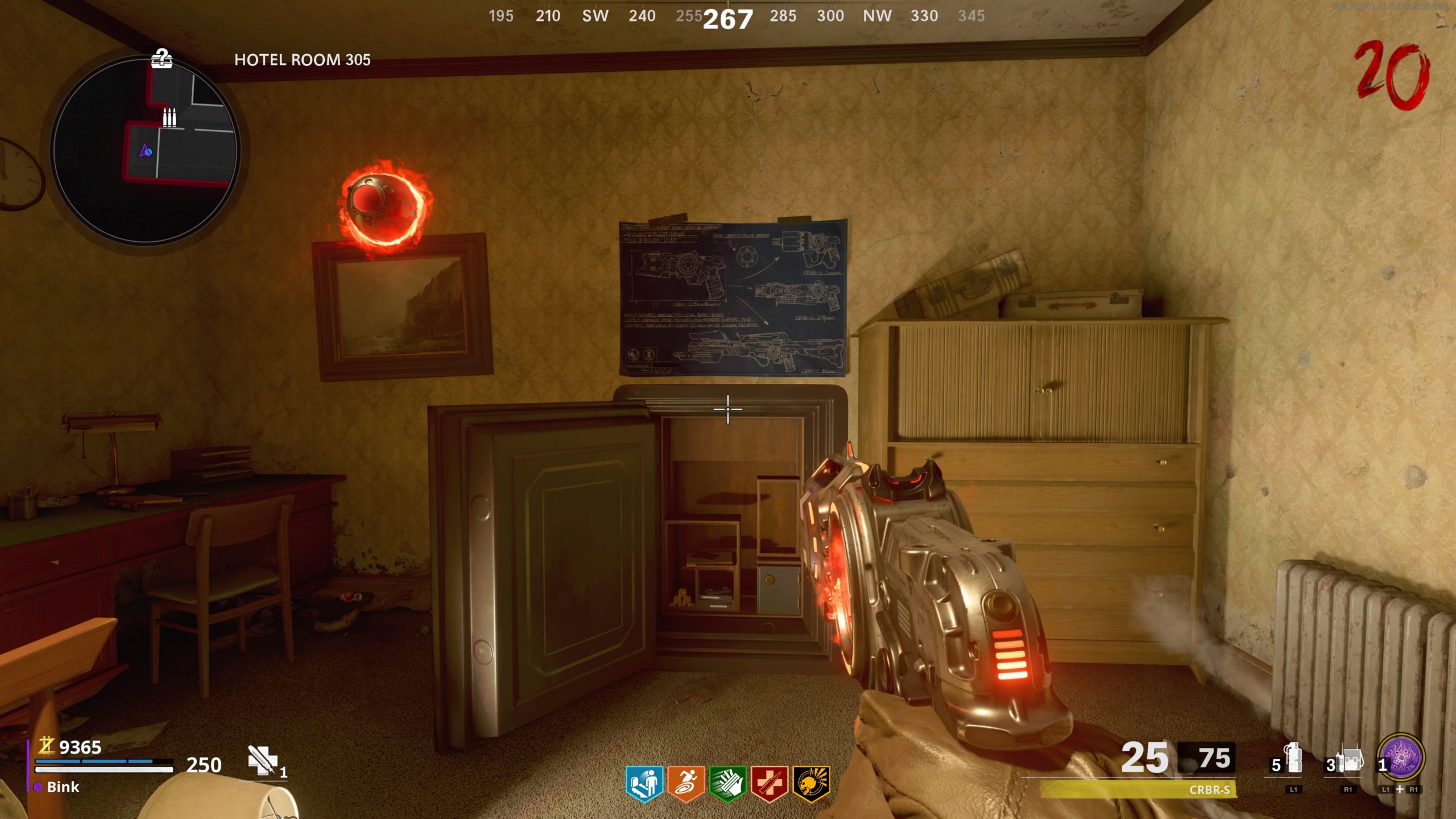 Mauer der Toten, the latest round-based Zombies map added to Call of Duty: Black Ops Cold War, was released earlier today—and it brought a fresh Wonder Weapon along with it.

The CRBR-S is Mauer der Toten’s unique Wonder Weapon. It’s a powerful pistol in its base form, but there are also three separate “mod kits” that allow you to upgrade the gun in a different way.

Just like the other Wonder Weapons in Black Ops Cold War Zombies, you can get the CRBR-S out of the Mystery Box or by completing Trials on Mauer der Toten. But there’s also a way to get this powerful weapon for free by completing a simple (but tedious) process.

Before you can even think about starting your journey to get a free CRBR-S, you need to make sure that you’ve turned on the power, unlocked the Pack-a-Punch machine, and built Klaus.

After you’ve put the friendly robot together, use his remote control to send him to a locker in the Switch Control Room, which is relatively close to the Safe House area of the map where you built Klaus. Put the icon that pops up when you use the remote control close to the locker and Klaus will bust it open for you, allowing you to pick up the blacklight that’s inside.

You’ll need to use this blacklight for the next step of the process. You can toggle the blacklight on and off by using the up arrow on your D-pad.

With your blacklight equipped, you have to go to three areas of the map and look for hidden numbers that represent the combination for a safe located in Hotel Room 305, which is where you got the Robotic Hands part to build Klaus. These numbers will always appear in the Garment Factory, Service Passage, and Grocery Store areas of the map. But the specific numbers will change and can be in different spots in these locations in each game.

The first two digits of the safe combination can be found in the Garment Factory room. It’s a part of the Korber Rooftop building where Speed Cola is and where you put the Microwave Dish while building Klaus. Using the blacklight, look around the room for your numbers and you’ll eventually find them. Make sure to write them down if you don’t have a great memory.

The second set of numbers will be in the Service Passage area beneath the East Berlin Streets. Just turn on your blacklight and look for the green, glowing numbers on the walls in this area.

The third and final digits of the safe combination can be found in the Grocery Store, which is one of the lower buildings near the middle of the map. Look around the room and you’ll eventually have all six numbers that you need to unlock the safe. Just make sure you have them written down or memorized in the correct order, from Garment Factory to Service Passage to Grocery Store.

After you’ve found all six numbers, head back to Hotel Room 305 and interact with the safe in the bedroom. When you interact with the safe, the zombies will run away and won’t bother you, so you don’t need to panic or rush while inputting the combination. Spin all three dials to the appropriate numbers, and if you do it correctly, you’ll be able to open the safe and pick up your free CRBR-S.

The base form of the CRBR-S is incredibly powerful, but you can also get three different mod kits that drop from killing zombies with this Wonder Weapon. These mods include the Blazer Mod Kit, Swarm Mod Kit, and Diffuser Mod Kit.

When you pick up a mod kit, the CRBR-S will take that form until you use all of its ammo. Once you run out of ammo with the modified version of the gun, it will return back to its base form.

You can also upgrade the CRBR-S in the Pack-a-Punch machine like any normal gun to make it even more deadly. You can’t equip Ammo Mods to the Wonder Weapon, however.