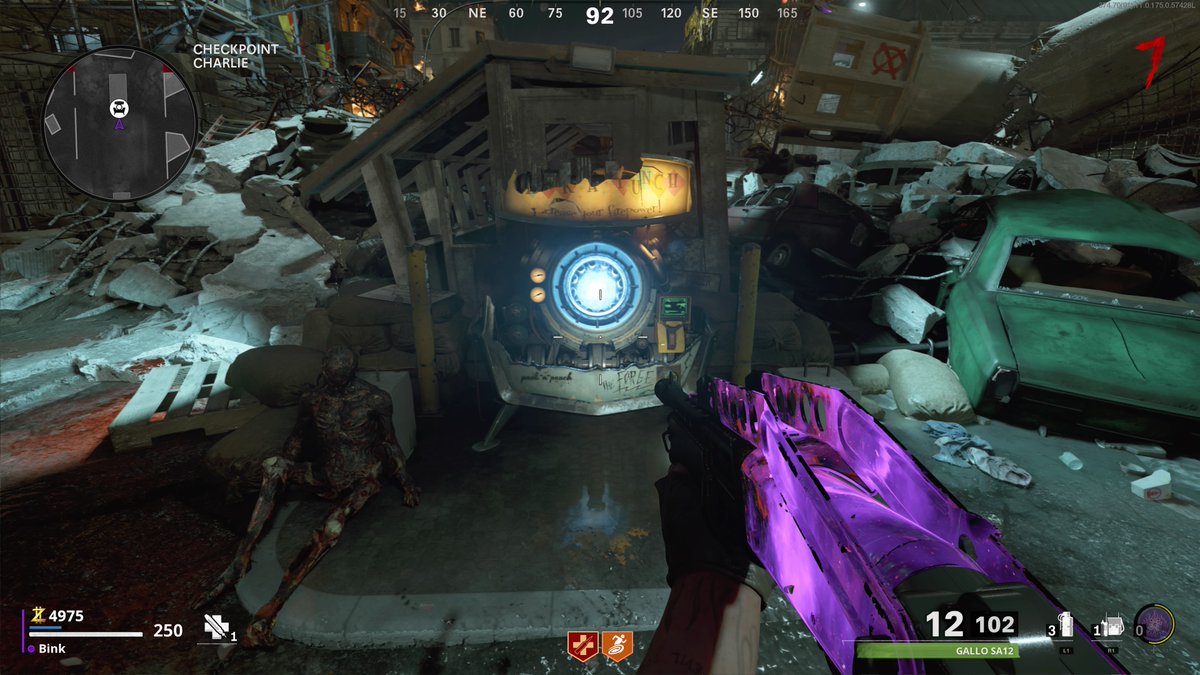 For the first time in over five months, Call of Duty: Black Ops Cold War Zombies fans have a new round-based map to play.

Mauer der Toten went live earlier today. It’s a free-to-play map for anyone who owns Black Ops Cold War—and it’s a lot of fun. It’s a relatively large map with plenty of areas to explore. But one aspect of the map that players will be trying to unlock as quickly as possible is the Pack-a-Punch machine.

The Pack-a-Punch (PaP) is a machine that allows you to upgrade your weapons and make them stronger. Fortunately for Zombies aficionados, unlocking the PaP on Mauer der Toten is incredibly simple.

When you first load into a game on Mauer der Toten, you’ll notice there’s a message on the left side of your screen. The first message you’ll see says to “turn on the power,” which shouldn’t come as a surprise to most longtime Zombies players.

You’ll need to open several doors to get to the Power Room, which is underground. Treyarch made it as easy as possible to find your way there on Mauer der Toten, though, by marking certain areas with white exclamation points to guide players in the right direction. As you make your way down to the Power Room, be careful when crossing the train tracks—you don’t want to get hit by one of those trains engulfed in flames.

Once you’re in the Power Room, you’ll see the traditional Zombies power switch. Interact with it to attempt to turn on the power. The power won’t activate right away, however. A second message will appear on the left side of your screen, telling you to “find Electrical Fuses.”

You’ll need to locate two Electrical Fuses to get the power up and running. To do this, you’ll have to eliminate two Tempest zombies. These special zombies can be found by heading to two white exclamation points on the map. The Tempests in our game spawned in the Sewer Access and Electronics Store areas of the map.

Once you take down the Tempests, they’ll each drop an Electrical Fuse. Pick them up and head back to the Power Room. Interact with the fuse box to place the Electrical Fuses and then you can actually hit the switch to turn on the power.

Once the power is on, a new message will appear on-screen asking you to “investigate PaP machine.” This is the final step in the process of unlocking the Pack-a-Punch.

Head to either the Sewer Access or Safe House area underground and use the rappel to climb up to the surface. Move toward the wall of upside-down cars in front of you and you’ll see the PaP located in the Checkpoint Charlie area of the map underneath a circle of mysterious, floating zombies.

Walk up to the PaP and you’ll see that it’s “locked.” Interact with it to begin a mini boss fight with the new Disciple zombie. All you have to do is eliminate the Disciple zombie and the Pack-a-Punch will be unlocked for the rest of that game on Mauer der Toten.

Just like the other round-based Zombies maps in Black Ops Cold War, there are three tiers of upgrades to the Pack-a-Punch. Upgrading your gun to level one in the PaP costs 5,000 points, level two is 15,000, and level three will run you 30,000 points. You can also pay 2,000 points to equip one of the five Ammo Mods from the PaP machine.