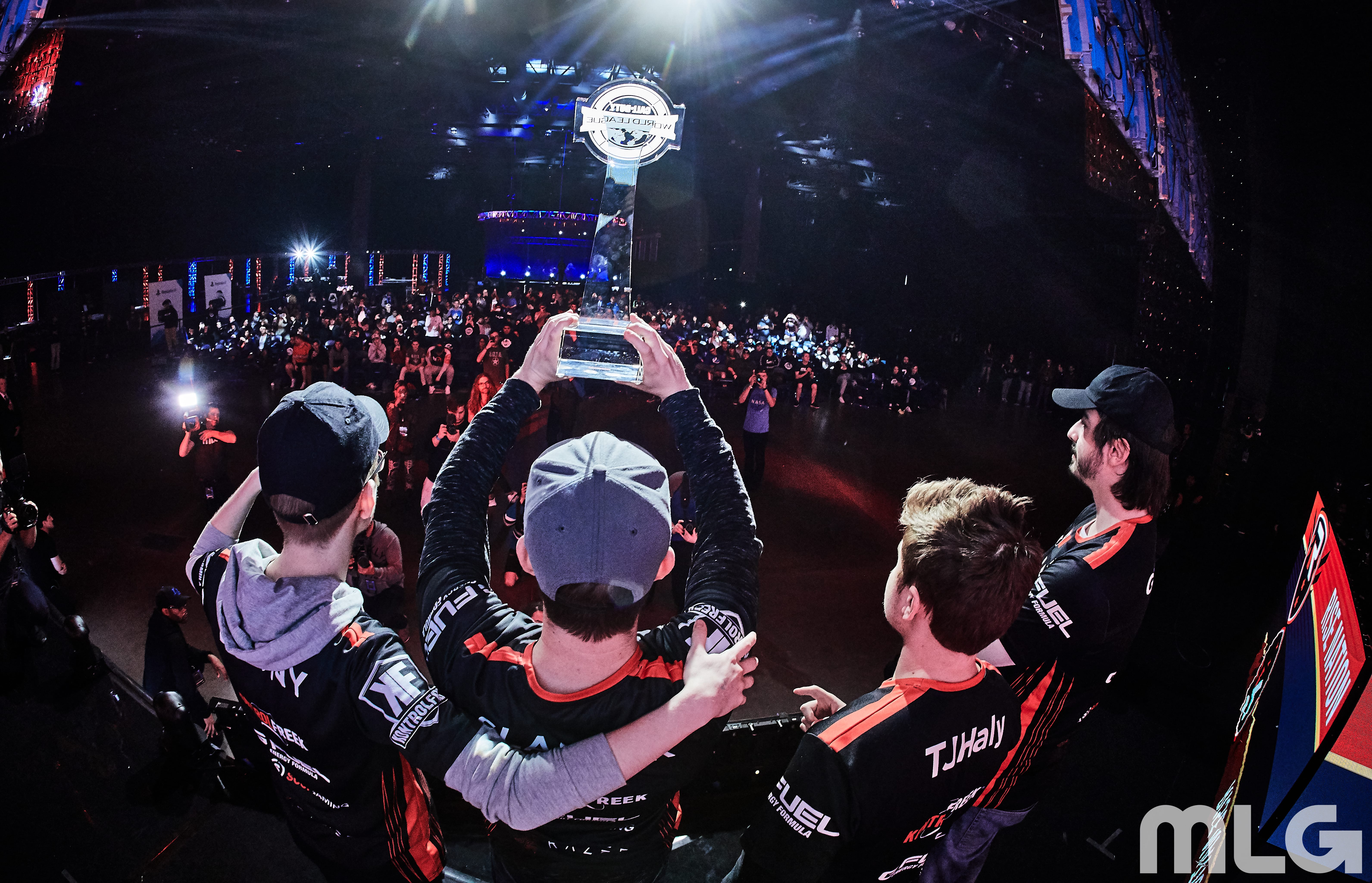 Stage Two of the Call of Duty World League Pro League is well underway. Division A spent the last two weeks battling it out at the MLG Arena in Columbus, Ohio, and now it’s time for the other group of teams to begin play.

Division B will feature the eight remaining teams in the CWL Pro League that weren’t seen over the past two weeks.

Related: How to watch Stage 2 of the CWL Pro League for Call of Duty: WWII

With plenty of roster changes before Stage Two there will be some interesting storylines between the teams in Division B. Unlike Division A, it seems like this group is more clear-cut in terms of which four squads should make the $500,000 playoffs.

Here are all of the teams competing in Division B for Stage Two of the CWL Pro League.

This squad has earned the right to be considered the team-to-beat in Division B. After adding SlasheR to this championship-caliber lineup in early April, Rise went on an impressive losers bracket run to win the CWL Seattle Open later that month.

Rise are a well-rounded team that excels in all game modes. They should be a lock to make the playoffs, and they’ll likely vie for the top spot in this group.

After competing together for over three years, OpTic’s legendary roster separated—and Division B action will usher in a new era for the Green Wall. OpTic acquired two dominant assault rifle players in Octane and Methodz, which likely means opposing teams will try to get rid of two-AR maps in the veto process.

We haven’t seen this new roster in action yet on LAN, so all eyes will be on this OpTic lineup. Regardless, Scump and crew are expected to be one of the top teams in Division B.

Luminosity have arguably been the most consistent team in WWII. But many fans don’t know what to expect from them after Octane was traded to OpTic Gaming for FormaL.

It seems like a fire has been lit within FormaL after departing from the Green Wall, and many fans are looking forward to the highly-anticipated first matchup between OpTic and Luminosity. Despite the roster change, we expect to see Luminosity finish as one of the top four teams in this group.

Clayster and crew finally broke their top six “curse” with a third-place finish at CWL Seattle. With the addition of FeLo, eUnited went 8-4 in Hardpoint and 5-3 in Capture the Flag at CWL Seattle, but only 3-8 in Search and Destroy. If eUnited want to make the Stage Two Playoffs, they’ll have to improve their record in this all-important game mode—but on paper, this squad should be considered a playoff contender.

Call of Duty fans can’t wait to watch Censor in the CWL Pro League. CompLexity started out hot at CWL Seattle, but they quickly cooled off and were sent home with a top 16 placing.

This team will heavily rely on the slaying power of Dashy in the respawn game modes, but they could be one of the strongest Search and Destroy squads in Division B. We consider coL a bubble team just on the outside of playoff contention—but they definitely have the potential to make some upsets happen.

Nobody is really expecting much from UNILAD in Stage Two. They lost the best player on their team to Red Reserve, and even with Matthew “Skrapz” Marshall, UNILAD went 7-7 in Stage One.

Maybe this European squad will shock some people in Stage Two, but we expect UNILAD to finish toward the bottom of the standings.

Mindfreak are the biggest wildcard in Division B. The Aussies have shown flashes of brilliance in the past, but they’ve also been inconsistent.

Most recently, Mindfreak earned a top 20 finish at CWL Seattle after surviving the relegation tournament to regain their spot in the league. This squad most likely won’t make the playoffs, but we wouldn’t be surprised to see them pull off a few upsets.

For the first time, a second team from the APAC region will be in the CWL Pro League. But most fans don’t have any major expectations for this squad.

Tainted Minds had a 1-15 map count at CWL Seattle en route to a top 24 placing. Damage was the only player on this team with a positive overall kill-death ratio (1.05), while his three teammates all had a 0.90 K/D or worse. It was great to see this squad qualify for the CWL Pro League, but Tainted Minds will most likely finish at the bottom of Division B.

Division B action in Stage Two of the CWL Pro League will begin on Tuesday, May 29 starting with Rise Nation vs. UNILAD at 1pm CT.