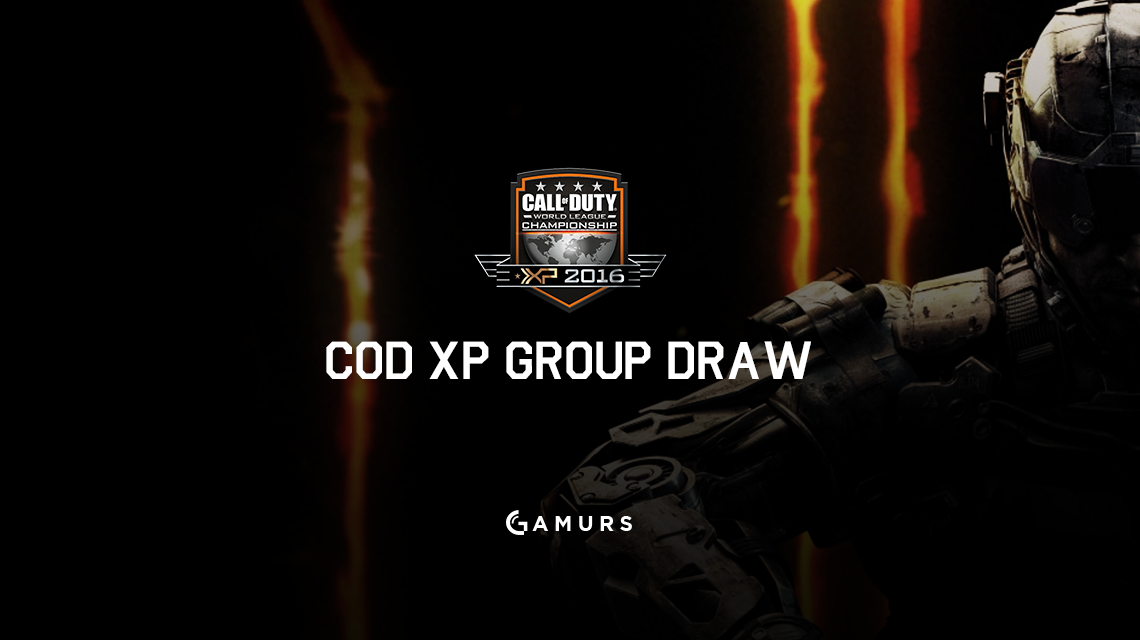 The 2016 Call of Duty Championship Group Draw will be aired live on youtube.com/callofduty on Monday, August 15th at 2 pm PDT.

Then, from September 1-4th, the biggest Call of Duty event of all time will take place in Los Angeles, California. CoD XP 2016 will not only feature an esports tournament, but it will be a Call of Duty extravaganza celebrating all aspects of the game. The Call of Duty World League Championship will tie it all together.

The prize pool has doubled from previous years, now sitting at a whopping $2 million. As usual, the best teams from around the world will compete for their share of the pool, but the large sum of money and the additional festivities make this year’s tournament special. Teams competing in the Call of Duty World League in Australia/New Zealand, Europe, and North America have been practicing all year for CoD XP. Those already qualified are listed below.

There are still ten spots up for grabs at this year’s Call of Duty Championship, all from North America. A flurry of last-minute changes occurred right before roster lock for the qualifier, most involving the expected top teams. They will be competing over the weekend to qualify.

The pods contain a total of 32 teams, which will be split into eight groups (A-H) of four teams, each containing a team from each of the four pods. The top two teams from each group will advance to bracket play, which will be double elimination from there-on-out.

Who do you expect to win this year’s Call of Duty Championship? Tell us in the comments below or on Twitter @GAMURScom.