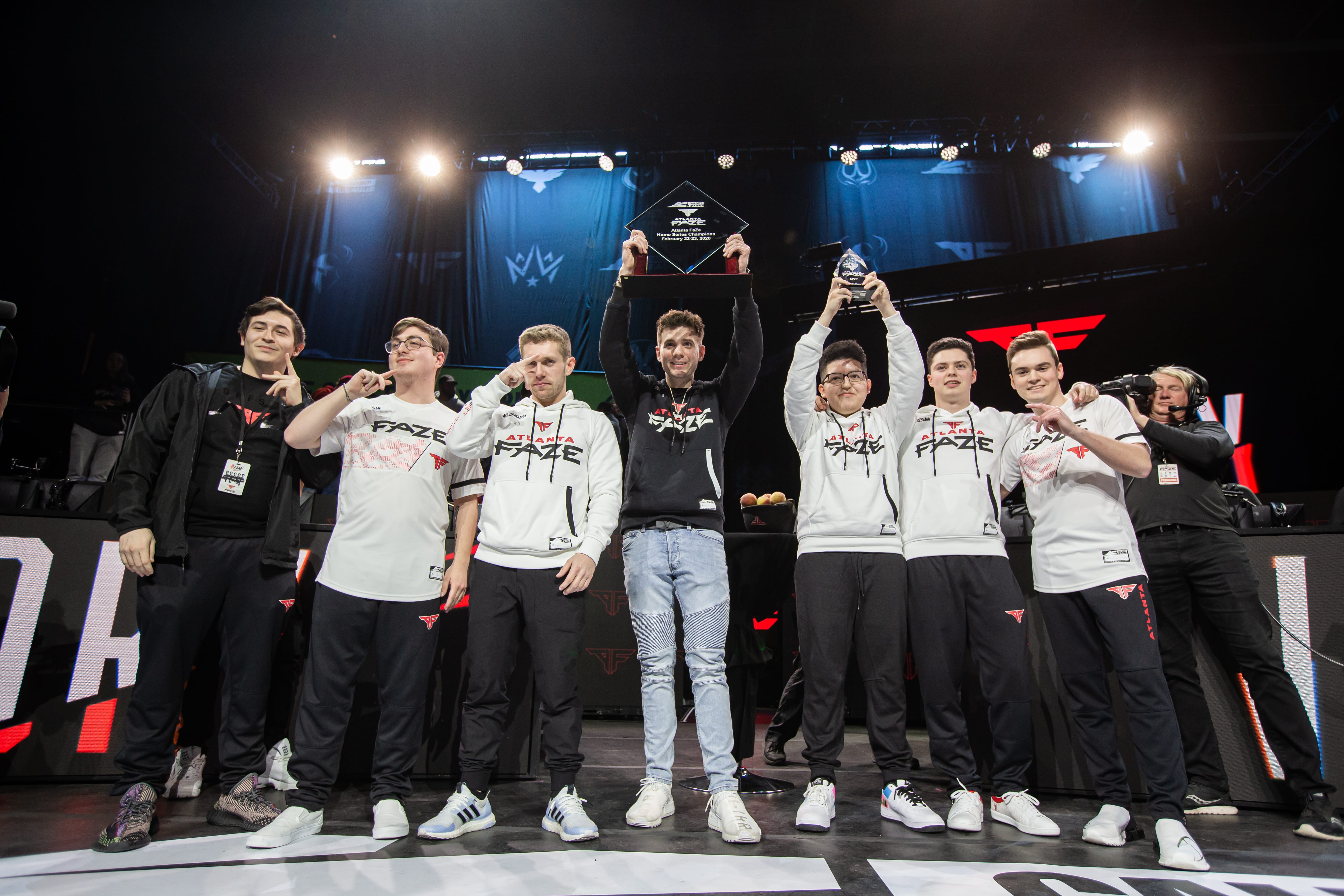 The Dallas Empire beat FaZe to win the 2020 Chicago Home Series two weeks ago, becoming the first two-time CDL champ. Now, however, Atlanta has joined Dallas in this exclusive club early in the Call of Duty League’s history.

Heading into this event, many fans expected the Atlanta FaZe to be one of the teams in the grand finals. But most pundits didn’t have high expectations for OpTic Gaming Los Angeles, a squad that’s struggled this year and recently made a roster change.

After starting this weekend’s tournament with a 3-2 loss to the London Royal Ravens in group play, OGLA completely turned things around. OpTic swept the Paris Legion and London yesterday to qualify for today’s single-elimination bracket. They then beat the Toronto Ultra 3-2 earlier today to earn a spot in the Florida Home Series finals against Atlanta.

OGLA kicked off the grand finals with a hard-fought 250-232 win on Azhir Cave Hardpoint. OpTic’s young guns TJHaLy and Dashy led the lobby with 42 and 39 kills, respectively—Simp also dropped 39 kills for Atlanta.

Map two, Arklov Peak Search and Destroy, was another back-and-forth contest. It came down to a one-vs-two situation for Cellium in round 11, but the Atlanta Home Series MVP clutched up to give FaZe the 6-5 win. And from that point on, Atlanta took control of the series.

FaZe used a strong second half to win Hackney Yard Domination 170-149 behind a 30-kill performance from Cellium. Atlanta then closed out the series by taking St. Petrograd Hardpoint 250-232.

Atlanta are now in first place in 2020 Call of Duty League standings with 170 CDL Points. Despite losing in the finals, OpTic gained 30 CDL Points this weekend to jump into a tie for seventh place.

The next online event of the 2020 Call of Duty League season is the Seattle Home Series, which will take place from May 22 to 24. Atlanta won’t play in this event, but OGLA will compete in Group B against the Paris Legion, Chicago Huntsmen, and Minnesota RØKKR.