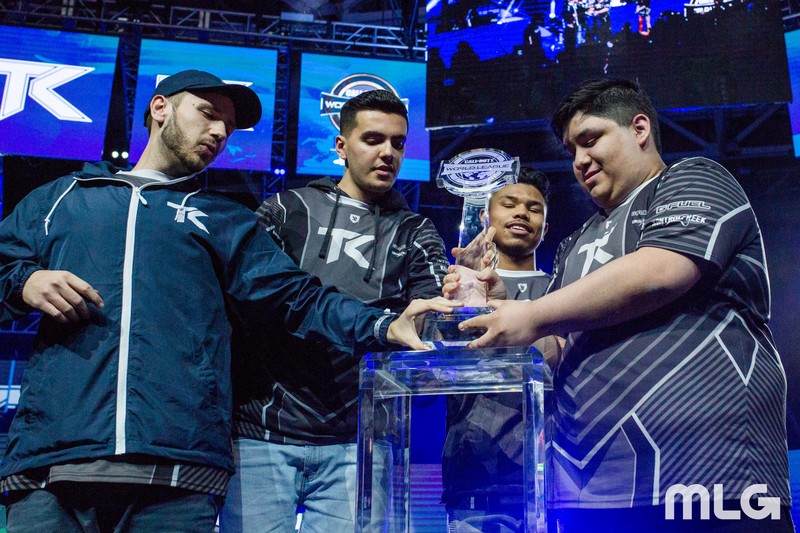 One of the last-place franchises in the Call of Duty League is making a roster change before this weekend’s online tournament.

OpTic Gaming Los Angeles has benched two-time world champion JKap and replaced him with Chino for the Flordia Home Series, the organization announced today. This will reunite Chino with Kenny, who won two championships together during the WWII season on Team Kaliber. Chino will now compete alongside Kenny, Dashy, SlasheR, and TJHaLy—he previously played with SlasheR in 2014 and TJ in 2015.

Chino has been competing in Call of Duty since at least 2013. Some of the most notable organizations he’s played for include Rise Nation, Dream Team, Renegades, G2 Esports, Team Kaliber, and Team Envy. Chino joined OGLA as a substitute on Dec. 11.

Heading into the 2020 Call of Duty League season, OGLA were predicted to be one of the strongest franchises in the league. But they’ve struggled through the first part of the season. OGLA are tied with the Los Angeles Guerrillas, New York Subliners, and Toronto Ultra for last place in the league with 20 CDL points.

OGLA’s biggest problem is that they have too many traditional assault rifle players in a Modern Warfare meta that only requires one M4 player on most respawn maps. OpTic previously tried switching between SlasheR and Dashy as the team’s main AR player—and general manager Muddawg said today the team will continue to experiment with roles.

“Also, we’re looking at a variety of role changes within the team,” Muddawg said. “It’s not lost on us that we have two of the most talented main ARs in the game in SlasheR and Dashy, but obviously we’re in a meta that only allows for one assault rifle at the moment, so we’re trying out a variety of scenarios to figure out what’s best for the team.”

Chino has traditionally been an assault rifle player throughout his career, but he’ll likely predominantly use the MP5 submachine gun when he makes his OGLA debut this weekend. OpTic will face the London Royal Ravens in their first match of the online Flordia Home Series on Friday, May 8 at 4:30pm CT.