Becoming a professional player isn’t the only way of making money by playing games.

Over time, content creation can yield even better results than topping the charts in any tournament, but only a tiny percentage of players are able to accomplish such a feat. While donations and viewership numbers play an important role when it comes to determining how much money a content creator makes, it’s also possible to support your favorite ones by simply playing Call of Duty.

Activision announced the Support-A-Creator program back in 2020, which allows players to support content creators with their in-game purchases. This system existed in Fortnite for a couple of years now, and it slowly became one of the top income sources for the most popular streamers.

The Support-A-Creator program in CoD shares the same core dynamics as the one in Fortnite, and creators receive five dollars for every 10,000 CoD points spent in the game. While each streamer will probably advertise their code every time they go live, checking the list of all the codes for popular names in the scene can help you decide who you’d like to support before making your first purchase.

Here are all the active creator codes of top streamers and professional players in Call of Duty.

How to use Support-A-Creator code in Call of Duty

The Support-A-Creator feature is currently available in Modern Warfare, Warzone, and Black Ops Cold War. While it isn’t confirmed to be included in future titles, chances are it’ll end up being a permanent feature.

You’ll need to make sure you have a Support-A-Creator code applied before spending your CoD points in the store. While you can still apply your code when you’re purchasing CoD points, you’ll only support the creators when you spend those points on bundles or other in-game items.

Note that these codes expire after two weeks, meaning you may need to double-check before making future purchases. 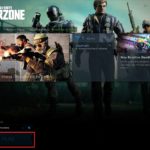 Can you support multiple creators?

Though you can’t support different creators at the same time, you’ll be able to change your Support-A-Creator code as many times as you want. Changing it to something else before making another purchase will let you support another creator than the previous one.

How can you apply for the Create-A-Creator program in Call of Duty?

There are only a few creator codes available because the program is still in its beta stage. This means only the individuals Activision selected received their creator codes and there isn’t a way to apply for one as of now.

The developers are currently working closely with all the creators involved with the program to make it perfect before it becomes available for everyone.

While there isn’t a predetermined timeline, you can check out the official FAQ page for further news. Once the program rolls out, there should be a form to fill out, which you can access through the FAQ page and you should be able to get your own creator code if you satisfy all the requirements.