Everything we know about Apex Legends’ Forge

Fans expected the brawler to join the fight. 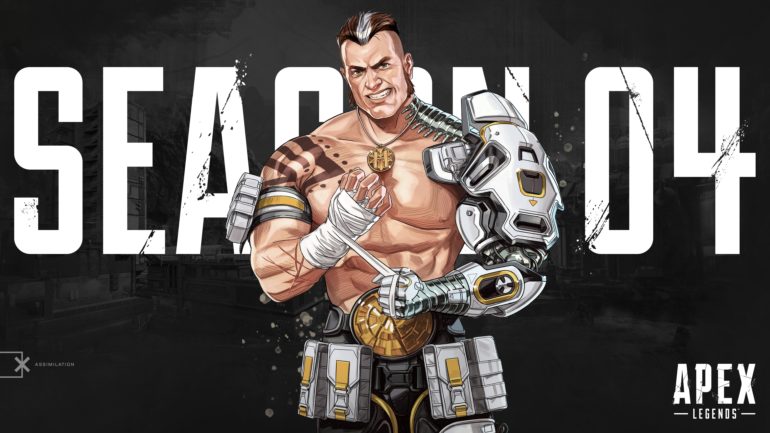 The weeks leading up to Apex Legends’ fourth season have been hectic. Respawn revealed that Jimmie “Forge” McCormick would be the next character to join the Apex Games in the upcoming season, but the legend was brutally killed off in an assault by the mysterious Revenant just days after the announcement.

The assassin snuck into the TV studio during an interview with Forge for a segment called “Up Close and Personal with Lisa Stone.” Revenant disrupted some of the gear in the building to help avoid detection, then stabbed Forge in the back.

Forge’s fate could be sealed. An official statement from fictional company Outlands Television reveals that the legend was pronounced dead at the scene, and the EA website changed his official bio to reflect his demise. His picture is greyed out, and the text beneath it reads “RIP Jimmie ‘Forge’ McCormick. Never defeated (except for that one time).” Respawn employees also weighed in on the issue and senior animator Moy Parra said that “he is dead. As dead as it gets. Super duper dead.”

But not everyone believes that Forge is actually dead. A myriad of fan theories emerged following the incident, speculating that the victim may have been a decoy and that the actual champion is still alive. Parts of the community don’t rule out that he’ll be joining the Apex Games during the fourth season alongside Revenant. Whether he lives or dies, here’s everything we know about him.

Jimmie “Forge” McCormick is a bit of a gentle giant. The five-time Hyperfighting Federation champion didn’t join the Apex Games for honor, glory, or family—he’s just looking for a challenge. That said, there’s an unlikely modesty in his character and he’s much warmer than you’d expect from someone who joined a bloodsport for fun.

A previous version of Forge’s official bio defined him as “confident yet humble,” and that’s how he comes across from the start. “Of course it’s great to have me here,” he joked with fictional hostess Lisa Stone. “But please, call me Jimmie.” He also expressed his gratitude to his benefactors for “having his back” over his journey.

Forge is the first corporate-sponsored character in the Apex Games. He’s financed by Titanfall’s Hammond Robotics, who’s making its way to Apex. The corporation “might have something to do” with the upcoming map changes for Assimilation, according to design director Jason McCord, and the company’s plans for World’s Edge could have deep impacts on its landscape. Hammond Robotics is a vital part of the buildup to season four and its role is viscerally intertwined with Forge and Revenant on two different ends of the spectrum.

Forge’s character art shows gigantic mechanical implants in his left arm and it’s likely that these are one of the sources of his strength. It’s unclear if they were designed by Hammond Robotics or if Forge’s relationship with the company is purely financial. He also wears a symbolic medallion that was added to the game as an obtainable gun charm in a posthumous tribute to the champion.

Game writer Tom Casiello described Forge as a brawler who “gets up close and personal” and has “a mean left hook.” His official bio also said that he used “his size, strength, and heavy-duty Shatter Gauntlets to batter his opponents into submission.” Based on that characterization and on his backstory, Forge is expected to be a melee-oriented legend.

Forge is posed to provide a breakthrough for Apex. If he is, in fact, dead and doesn’t make his way to the Apex Games, he’s served to add fuel to the storyline leading up to season four. If he does come back, he could mark a significant departure from established legends for being the first full-fledged brawler in the game.

Forge was uncovered by earlier data-mining efforts alongside a plethora of legends. Even though the legend is presumably dead, data miners like That1MiningGuy and iLootGames managed to find an earlier mention of his skillset in the game files and it fits his brawler-theme perfectly. Here’s a glimpse of his rumored skillset.

The files list an ability known as “Pull Shot,” described as a “short-range grapple that pulls enemies into you or can be used to launch yourself into the air,” according to the two data miners. The skill is followed by “Ground Slam,” which allows the brawler to slam into the ground when airborne and presumably deal damage in the area.

Both data miners also list a “K.O. Punch,” which propels the legend forward and into the air. Forge’s “One-Two” causes the legend to dash in a straight line and perform an uppercut if he hits an enemy.

Two passive skills are also listed. “On the Ropes” deals increased melee damage when Forge is at low health and grants him a temporary “overshield” when hitting enemies with melee attacks. “Victory Rush” is a skill that’s triggered by killing a player with a melee attack. It restores Forge’s health and increases his speed by 30 percent for 10 seconds, according to the data miners.

It’s unclear which combination of these skills will make their way to the final version of Forge. It’s also possible that the end-product doesn’t reflect the data-mined information at all. Based on the data-mined information, however, Forge seems to be a brawler-type character with a heavy focus on melee attacks and close combat. Some of his skills can launch him into the air and start combos, which can be ended with a ground slam. Connecting with melee attacks may also give him an “overshield” and make him sturdier as the fight goes on.

Although Forge is likely dead, players can jump into the Apex Games with Revenant, the latest legend to join the fight. His release is scheduled for Feb. 4, Apex’s one-year anniversary. He’ll be accompanied by the launch of a new sniper rifle, changes to ranked modes, and an overhaul to World’s Edge.