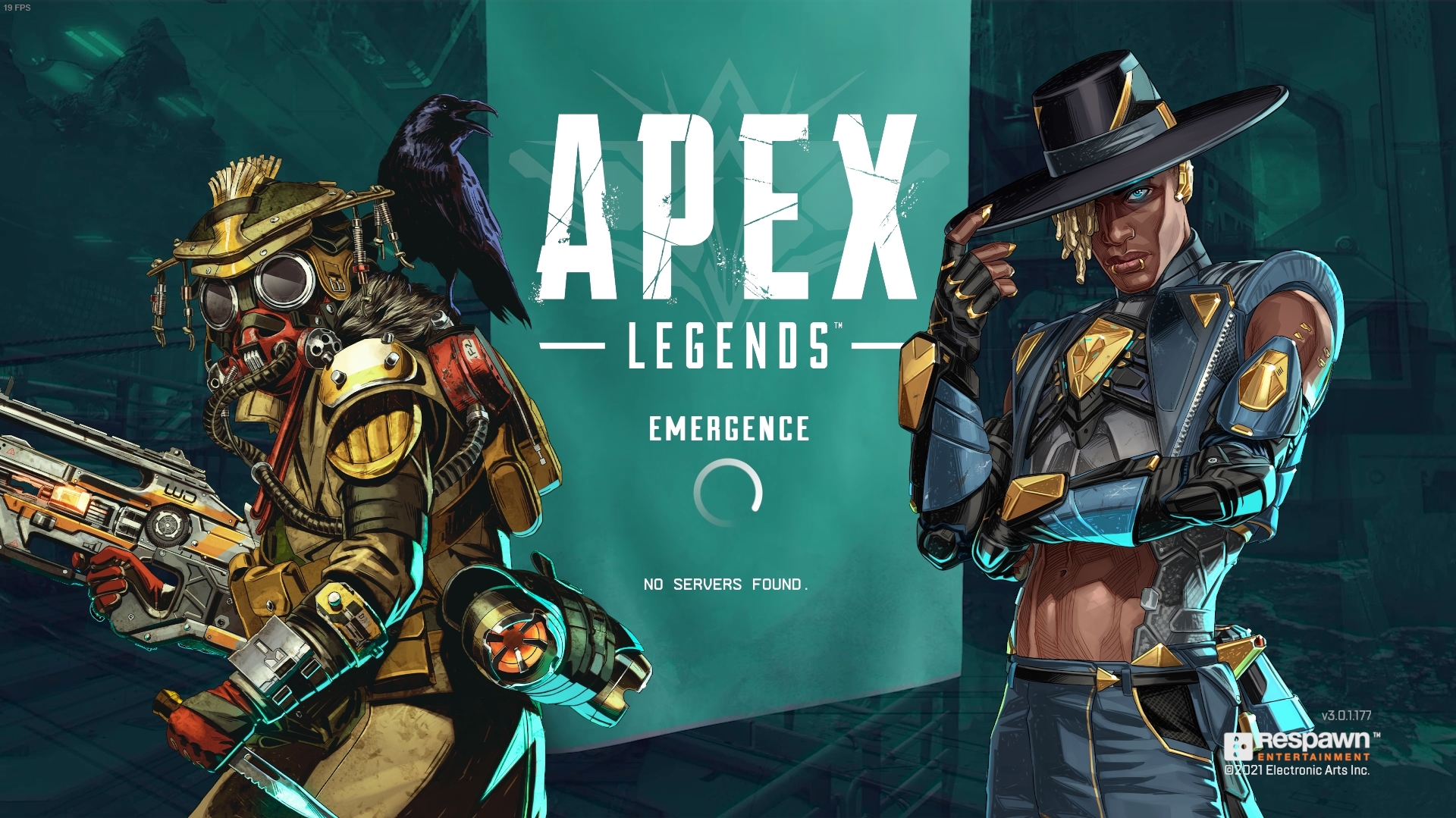 Apex Legends players looking to get in some matches during season 10 today have been met with a “no server found error” upon attempting to log in to the game.

The game is stuck at the main menu for many right now, with the “no server found” text being the only form of communication on the screen. The message continuously repeats, not allowing players to get any further into the game.

Xbox’s support Twitter posted that it was investigating the issue, but the problem is happening on other platforms as well, including Steam on PC.

Related: How to fix the “No server found” error in Apex Legends

Apex Legends: Emergence was released a few weeks ago with a new legend, Seer, and changes to the World’s Edge map, as well as a new light machine gun. Many top streamers have jumped from Call of Duty: Warzone to try out Apex and have been enjoying their time in recent weeks.

Update: Aug. 18, 11:41am CT: The issue appears to be EA-related, with other of the publishers titles having connection issues, including Knockout City.