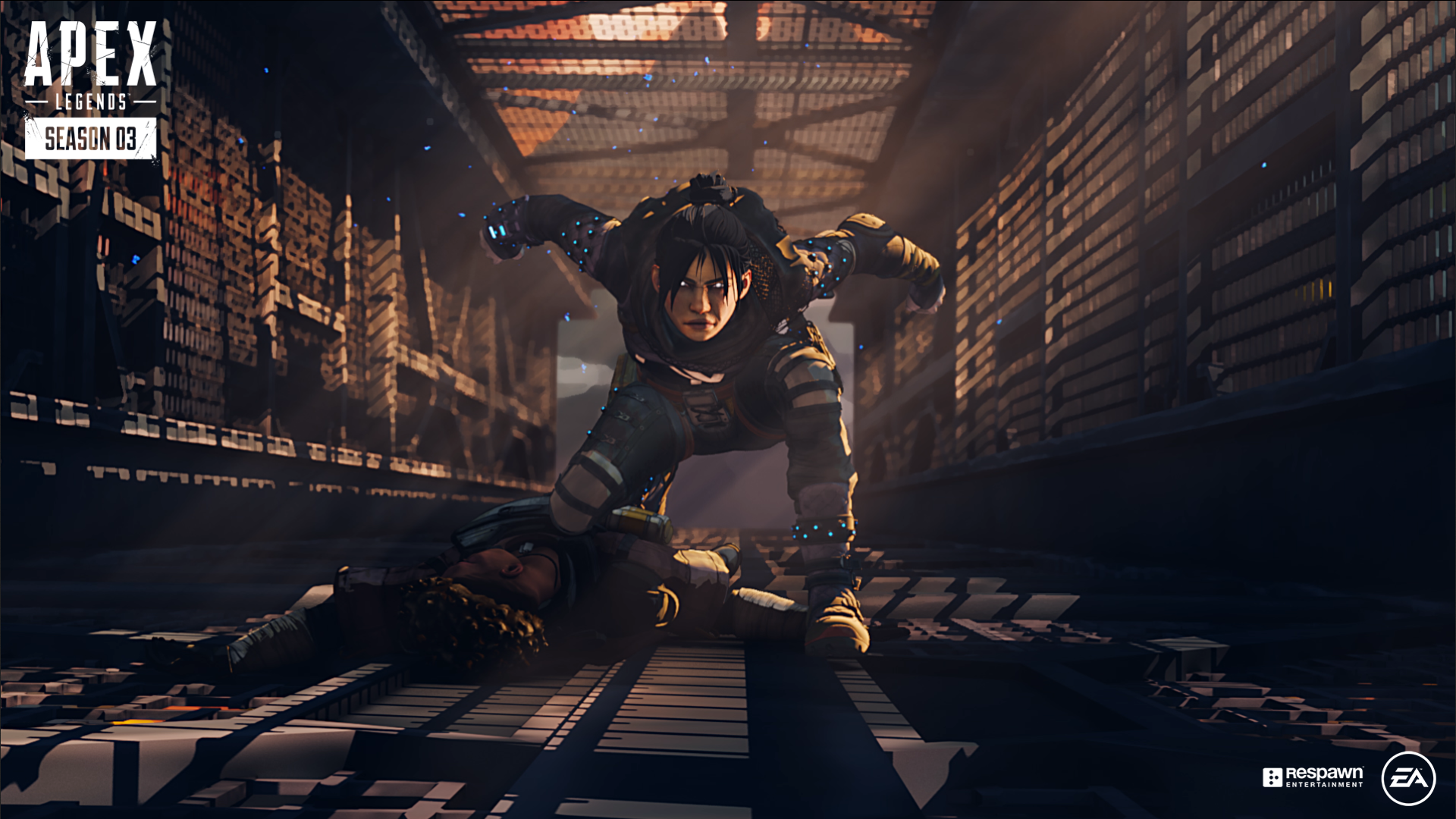 Apex Legends’ Lost Treasures event is bringing in a magnitude of new additions to the battle royale. The EA Play Live broadcast revealed a wealth of new additions to Apex: a collection event, a portable Respawn Beacon, the Armed and Dangerous Evolved limited-time mode, a Crypto Town Takeover, and Mirage’s heirloom set.

But that’s not the full extent of the event. The Lost Treasures update will also usher in a series of significant balance changes to some legends and weapons—deep, wide-reaching tweaks that didn’t come to light during the EA Play Live broadcast.

A total of 10 characters saw adjustments to their kits in the update, with varying intensities. The patch notes show everything that’s coming with the event, which kicks off tomorrow at 12pm CT.

In addition to introducing limited-time skins and a new area to Kings Canyon, The Lost Treasures update is ushering in some significant tweaks to legends, both in intensity and volume. Some legends, such as Lifeline and Octane, got a much-needed buff, while Wraith and Wattson saw some changes to their kits to repurpose their abilities.

The Combat Medic got a new passive to supersede her Fast Heal. The Combat Revive allows her to deploy her D.O.C. to revive a teammate, complete with her signature revive shield. Sending out the drone lets her revive both teammates at the same time with relative safety since both the D.O.C. and Lifeline have their own shield when helping a downed player.

The rest of Lifeline’s kit also received an overhaul to fit in with her recently-added skill. The cooldown on the D.O.C. dropped to 45 seconds from a full minute and her care package ultimate will contain even more items. The amount of small healing items in a Lifeline package tripled, while the number of attachments doubled.

The Adrenaline Junkie also got some extra firepower from Respawn. His Stim received a significant 10-percent speed boost and will remove movement-impairing effects, such as the slow from Caustic’s gas. But the crown jewel of the update is his ultimate. Players will now be able to double jump when using Octane’s jump pad and even change direction while they’re in the air.

The voidwalking legend has been one of Apex‘s most popular characters since its inception, but Respawn’s latest plans for her kit might help dethrone her—or at least force players to relearn how to use her. The devs want to discourage using her tactical, Into the Void, as a “get out of jail free card” and “move it into more of a repositioning and scouting ability.”

Wraith’s Phase Walk will take 1.25 seconds to deploy, up from the previous 0.4, and the Interdimensional Skirmisher will suffer a 20 percent slow while charging up the skill. To offset the change, Wraith will now get a 30 percent move speed boost while in the Void and will be able to see other players. The duration of Into the Void was also increased to four seconds (up from three) and its cooldown is now 25 seconds instead of 35. The maximum distance between her portals also dropped by 25 percent.

The significant tweaks to Wraith’s kit may change how she’s played. A 1.25 second activation time at 20 percent speed makes her a sitting duck if used recklessly but can serve as a safe way to reposition or avoid a firefight altogether. The situational awareness gained by seeing players while in the Void can give her an edge during a fight, too.

Apex‘s own immortal murder robot just got a lot more immortal. The Lost Treasures patch will remove the range of his death totem, allowing players to rush deep into enemy positions. His Silence will affect even more skills and cancel both Mirage’s cloaked revive and Lifeline’s D.O.C. resurrection, too. Silence will also interrupt Pathfinder when he’s mid-grapple and Wraith’s Phase Walk if it connects with her before she fully enters the Void.

Natalie Paquette can easily fortify an enclosed area with her ultimate, making it nearly impregnable. The intent behind the upcoming changes to Wattson is “to create openings where enemies can breach Wattson positions,” so the Lost Treasures update will water down her Pylons.

Each Pylon will only last for 90 seconds instead of an indefinite amount of time, but she can have three of them active at the same time. Ultimate Accelerants continue to synergize with her, though, since she can now stack two accelerants per inventory slot.

Apex‘s hacker got a lot of attention from Respawn with his own POI, but that’s not the end of it. Respawn made small tweaks to his kit, allowing him to deploy his drone more quickly (1.5 seconds instead of 2.5) and letting his EMP disable Wattson’s Pylons as well.

The bamboozling beau got some tweaks to his kit. Enemies within five meters can spot his holo-emitters when he’s cloaked, including his passive and likely his ultimate, which waters down the utility on his (still impactful) new passive. Holding the tactical button and releasing to deploy a decoy will let players automatically control the hologram and the decoys will now say lines when shot.

But the Mirage buffs let him fool his enemies before even touching the ground. Sending out a decoy when skydiving from the dropship will create a copy of the entire squad, provided that the entire team is together.

The Translocating Thief can now breach Wattson positions more easily. Her Burglar’s Best Friend will bypass Wattson’s Pylons, which can lend itself to high-risk, high-reward flanking opportunities—assuming that enemies miss the loud visual and audio cues. The buff provides another way to breach Wattson’s defenses as part of the tweaks to the Static Defender’s kit.

Loba’s ultimate also received minor adjustments. The Black Market Boutique will now only pick up one stack of ammo, instead of picking a stack and filling in the amount needed to complete an inventory slot. Ultimate Accelerants will also charge up the Boutique faster, giving Loba 20 percent ult charge instead of 17.5 percent.

The Shielded Fortress received a nerf to his fast heal. Using healing items inside his trademark Dome Shield will only be 15 percent faster instead of 25. But it’s still more than Lifeline, who lost her fast heal altogether.

The inventor of the Nox Gas also took a hit. Enemies can now cancel his traps by shooting them before they finish deploying, which will reduce his potential of spamming barrels in the middle of a firefight. Squadmates can also ping a Caustic gas trap.

Although the adjustments to character balance are some of the most significant parts of the upcoming patch, they’re hardly the only gameplay changes. Other still impactful alterations are on their way when the event lands.

Respawn is making major changes to ziplines in the Lost Treasures update. The patch notes say that “[a] cooldown will be applied to re-grabbing Ziplines without touching the ground,” which will “increase with each time a player disconnects and re-grabs the zipline.” This likely aims to curb zipline-hopping or letting players jump their way up a zipline by pressing the interact and jump button at the same time. The cooldown will reset as soon as a player touches the ground, however.

Although the Lost Treasures update adjusted nearly all of the legends’ kits, the same doesn’t apply to weapons. Respawn made minor tweaks to two weapons: the Havoc and the Sentinel.

Parts of the Apex community thought that the Havoc was overpowered—and Respawn’s tweaks aim to reduce its effectiveness. The mag size dropped from 32 to 28 shots and the devs “greatly increased the horizontal recoil” in the first shots of a burst, making it less reliable to laser down enemies.

The Sentinel, on the other hand, got a buff to its rechamber time. Players will now have to wait 1.6 seconds before their next shot, instead of 1.75. The length of the charged up mode increased from 90 seconds to 120 seconds, giving players two full minutes to shred through enemies’ body armor.

Respawn balanced the time that each map gets in the rotation queue. “Map rotation times are now even between Kings Canyon and World’s Edge,” Respawn said.