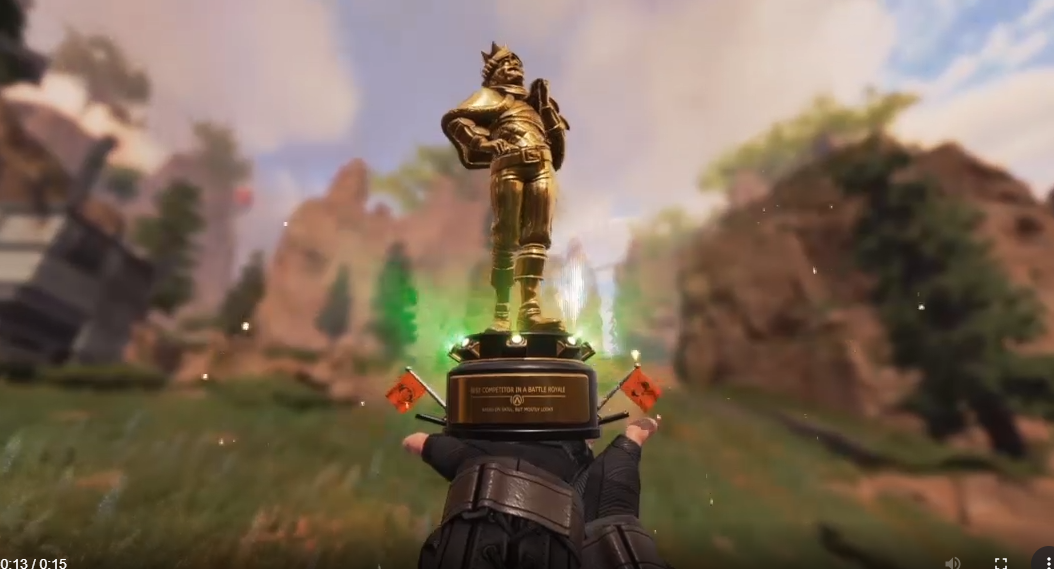 Apex Legends’ most lovable trickster is finally getting an heirloom. And, fittingly, it’s a statue of himself.

Respawn revealed the heirloom during today’s EA Play showcase, which allows the Holographic Trickster to pummel his opponents with the golden figurine. The golden statue will release alongside the Lost Treasures Collection Event on June 23, which will also include new skins, modes, and a Crypto Town Takeover.

Players will likely be able to perform hilarious emotes by inspecting the heirloom. Mirage can turn on a switch on the bottom of the statue, for example, which emits spot lights and sparks that look like fireworks. And there’s a a string on the back which can be pulled, letting out some hilarious voice lines.

“Don’t worry, there’s plenty of me’s to go around,” the statue says before hearing Mirage make a hilarious and seductive cat sound.

While Mirage’s statue is appreciated, it was also expected. Renown Apex data miner Shrugtal found files for the heirloom last month, claiming this was “the best thing” he ever heard.

Players will be able to unlock the heirloom for free by acquiring or purchasing all 24 Lost Treasures Pack Items. And as with every heirloom, players are promised at least one for every 500 Apex Packs opened.