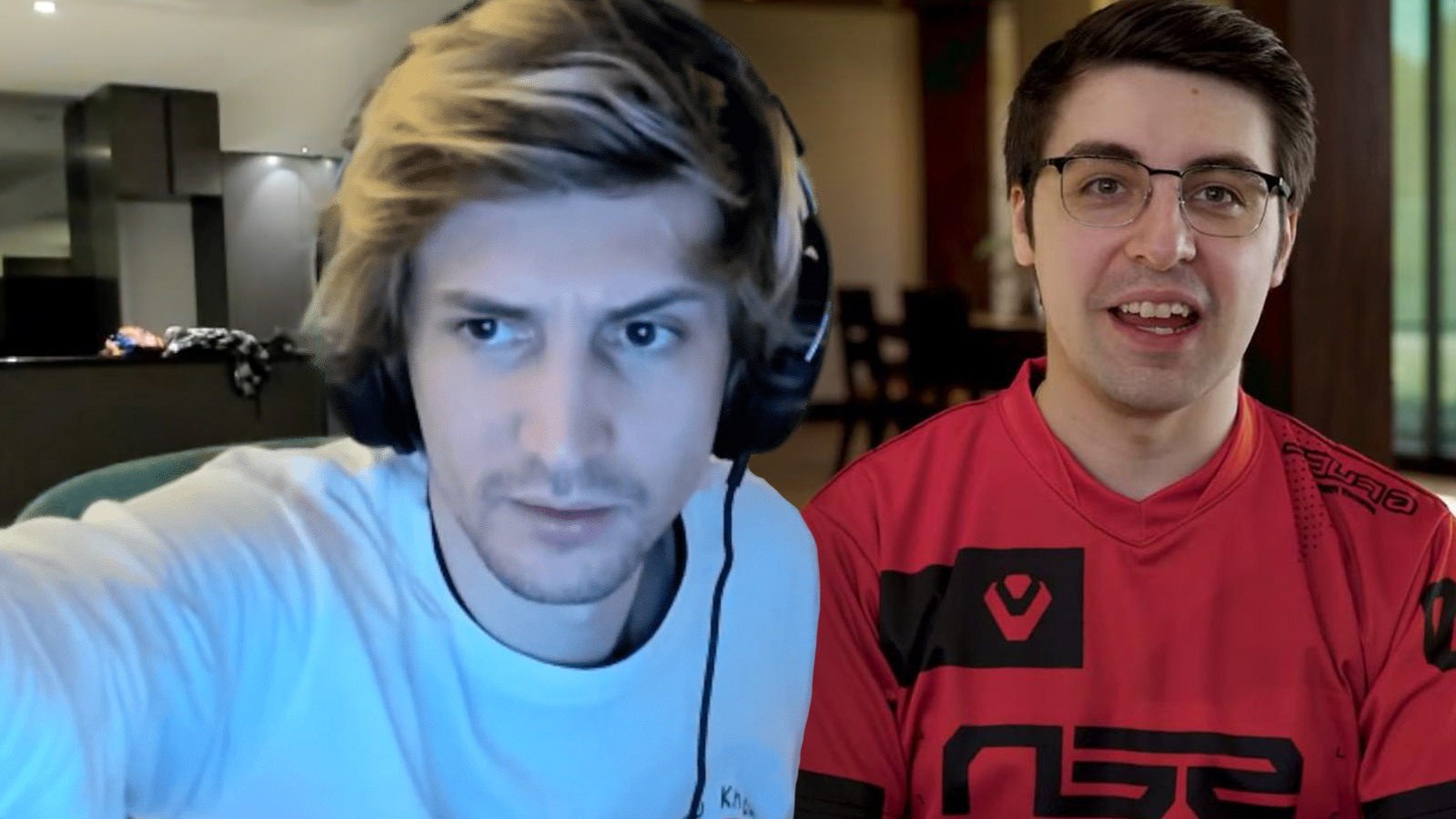 Screengrab via xQc on Twitch and Image by Sentinels

Twitch king Felix “xQc” Lengyel was one of many who tuned in to watch Michael “Shroud” Grzesiek’s pro VALORANT debut for Sentinels at the North America Last Chance Qualifier on Aug. 4, which ended in a loss.

Shroud didn’t seem rusty at all, though. He looked impressive throughout the series and even pulled off some highlight reel moments, which his teammate Tyson “TenZ” Ngo promised he would.

Still, the juicer warlord wasn’t impressed. He popped up in the stream’s chat and claimed he could do it better. “I’m just going to say it like it is. I don’t miss OP shots,” he said. “Haven’t missed ever. I would clap these noobs!”

As a former Overwatch pro named 2017 Overwatch World Cup MVP,  he knows a thing or two about what it takes to thrive at the tippy top of a competitive shooter.

But it would be a stretch to say VALORANT is his jam. The uproarious star has streamed it for less than 40 hours in 2022 and around 300 hours in total since the Riot Games title was released in June 2020.

Shroud, on the other hand, has streamed it for more than a thousand hours—the second most of any game in his channel’s history, and he had a five-year stint as a CS:GO pro.

XQc is never short on confidence, though. His comments were probably made in jest, but there’s a good chance he’d back himself for being up to the task—if he puts in the time and effort.

But it’d be a long shot for that to happen, considering how little he streams the game and how dedicated he is to streaming—which is why he’s always in contention for being the most-watched Twitch streamer on the platform.