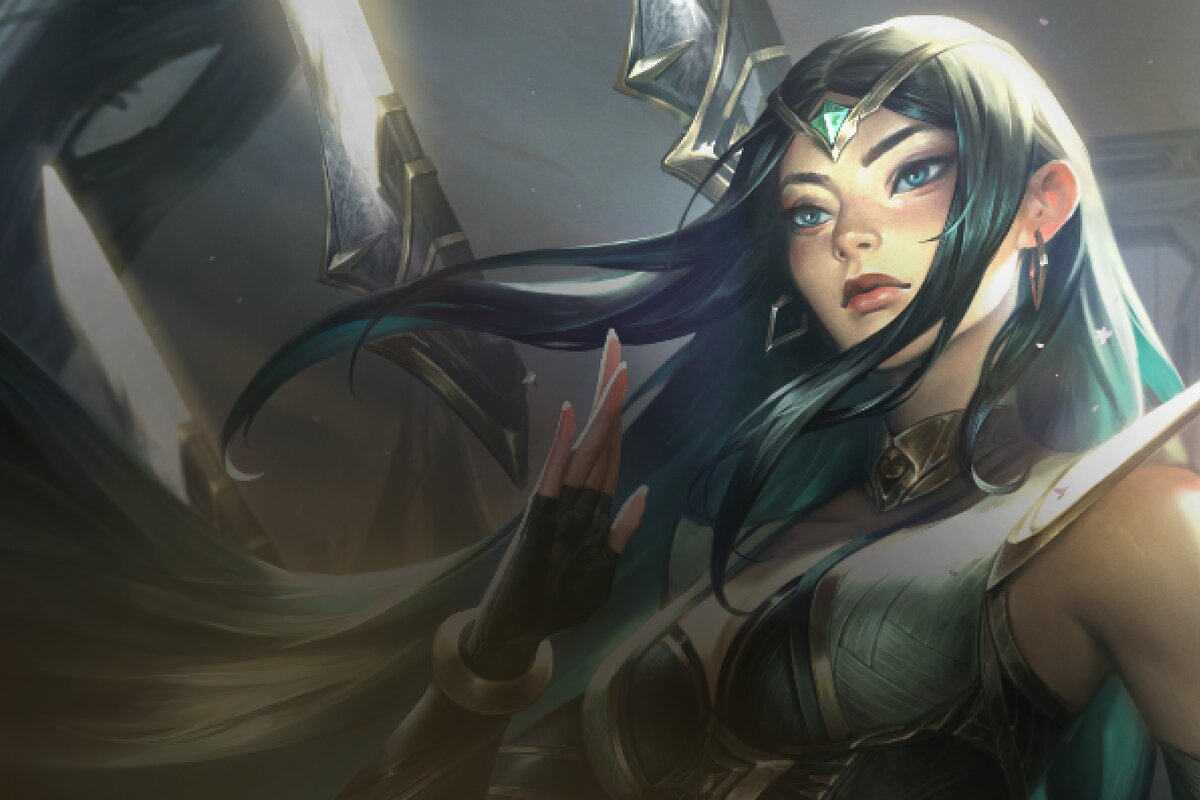 A total of 36 Radiant items will replace Shadow items in Teamfight Tactics Set 5.5 Reckoning: Dawn of Heroes, with a number of AP, AD, and defensive items standing out from the crowd.

Released on July 21, the TFT midset Dawn of Heroes contains Radiant items that have increased abilities and stats with no drawback. A number of items that may not fit the build a tactician is trying to put together also contain Radiant bonuses, increasing things like ability power, critical strike damage, and attack speed.

Here’s every Radiant item in TFT Set 5.5, their abilities, stats, and updates made during Reckoning: Dawn of Heroes patches.

There are around 10 solid ability power items that will work on a number of AP carriers in TFT Set 5.5.

Every time the holder of Radiant Archangel’s staff casts their ability, that unit gains bonus ability power equal to 60 percent of the maximum mana. The bonus applies to the spell cast itself, too. There is also a Radiant bonus of +15 starting mana.

At the start of combat, the holder of Radiant Chalice of Power and all allies within one Hex in the same row gain 50 ability power and 10 percent spellvamp for the remainder of combat.

This TFT Radiant item also has a bonus of +30 critical strike damage.

There is a Radiant bonus that grants +30 mana.

The holder of Radiant Spear of Shojin has 15 additional mana restored with each basic attack.

Every third attack from the wearer of Radiant Statikk Shiv unleashes a chain of lightning that bounces to eight enemies, dealing 115 magic damage and reducing their magic resistance by 70 percent for five seconds.

Radiant Shroud of Stillness also has a bonus that grants +15 mana for all allies at the start of combat.

There are around eight solid attack damage items that will work on a number of AD carriers in TFT Set 5.5.

Physical damage heals the holder of Radiant Bloodthirster for 40 percent of the damage dealt. Upon falling below 40 percent health, the holder gains a 60 percent maximum health shield that lasts up to five seconds.

Radiant Bloodthirster also has a bonus that grants +20 attack damage.

Contributing to a kill grants the holder of Radiant Deathblade 15 attack damage for the rest of combat. This effect can stack any number of times, starting at four.

The holder of Radiant Giant Slayer is granted 40 percent bonus damage for abilities and attacks. If the target has more than 1400 maximum health, the bonus increases to 80 percent.

Radiant Runaan’s Hurricane also has a bonus that increases its holder’s attack speed by 30 percent.

There is a Radiant bonus for Rapid Firecannon that grants +40 attack speed.

The holder of Radiant Guinsoo’s Rageblade is granted +9 percent attack speed for the rest of combat. This effect can stack any number of times. There is also a Radiant bonus of +30 attack speed.

At the beginning of each planning phase, the wearer of Radiant Hand of Justice gains +40 ability power and +40 attack damage. Attacks and abilities heal for 40 percent of damage dealt.

At the start of combat, the holder of Radiant Zeke’s Herald and all allies within one Hex in the same row gain 50 percent attack speed for the rest of combat.

Defensive items in TFT Set 5.5 get a boost with Radiant. Multiple items are viable on a variety of carriers.

Radiant Bramble Vest negates bonus damage from incoming critical strikes. On being hit by an attack, the holder deals 250/300/350 magic damage to all nearby enemies, once every 2.5 seconds.

The holder of Radiant Gargoyle Stoneplate gains 30 armor and 30 magic resistance for each enemy targeting them. There is a Radiant bonus that regenerates three percent maximum health per second.

Every five seconds, the holder of Radiant Redemption radiates an aura to allies within two Hexes, healing them for 25 percent of their missing health. Affected allies take 25 percent reduced damage from multi-target abilities and attacks for five seconds.

Redemption has a Radiant bonus that applies +350 health.

Every 1.5 seconds, a random enemy within four Hexes of the Radiant Sunfire Cape holder is burned for 120 percent of their maximum health as true damage over 30 seconds. Any healing they receive is reduced by 50 percent.

There is a Radiant bonus that regenerates 0.5 percent maximum health per second.

When the holder of Radiant Titan’s Resolve takes damage or inflicts a critical strike, they gain four attack damage and ability power. This stacks up to 25 times, at which point the holder gains 50 armor and magic resistance.

Radiant Warmog’s Armor grants 1800 bonus health (including components). There is also a Radiant bonus that regenerates one percent maximum health per second.

At the start of combat, the holder of Radiant Zz’Rot Portal taunts enemies within four Hexes. When the holder dies, a Radiant Voidspawn with bonus stats arises, taunting nearby enemies. Radiant Voidspawns that arise from summoned units are 25 percent effective.

Enemies within four Hexes of the Radiant Ionic Spark holder have their magic resistance reduced by 50 percent. When they cast an ability, they are zapped, taking magic damage equal to 300 percent of their maximum mana.

There is a Radiant bonus that regenerates one percent maximum helath per second.

Radiant Thieves Gloves will likely be a popular choice, and Radiant Zephyr takes out prime carries in the late game while also granting +10 attack speed to all allies.

At the beginning of the planning phase, the holder of Radiant Thieves Gloves equips two temporary Radiant items. This full item consumes three item slots on the holder.

Radiant Zephyr is a Unique item (one per champion). At the start of combat, the wearer summons a whirlwind on the opposite side of the arena that removes the closest enemy from combat for 10 seconds and ignores crowd control immunity.

Radiant Zephyr also has a bonus that grants +20 attack speed for all allies at the start of combat.

Update Aug. 25 11am CT: Article updated to include balance changes from Patch 11.17.