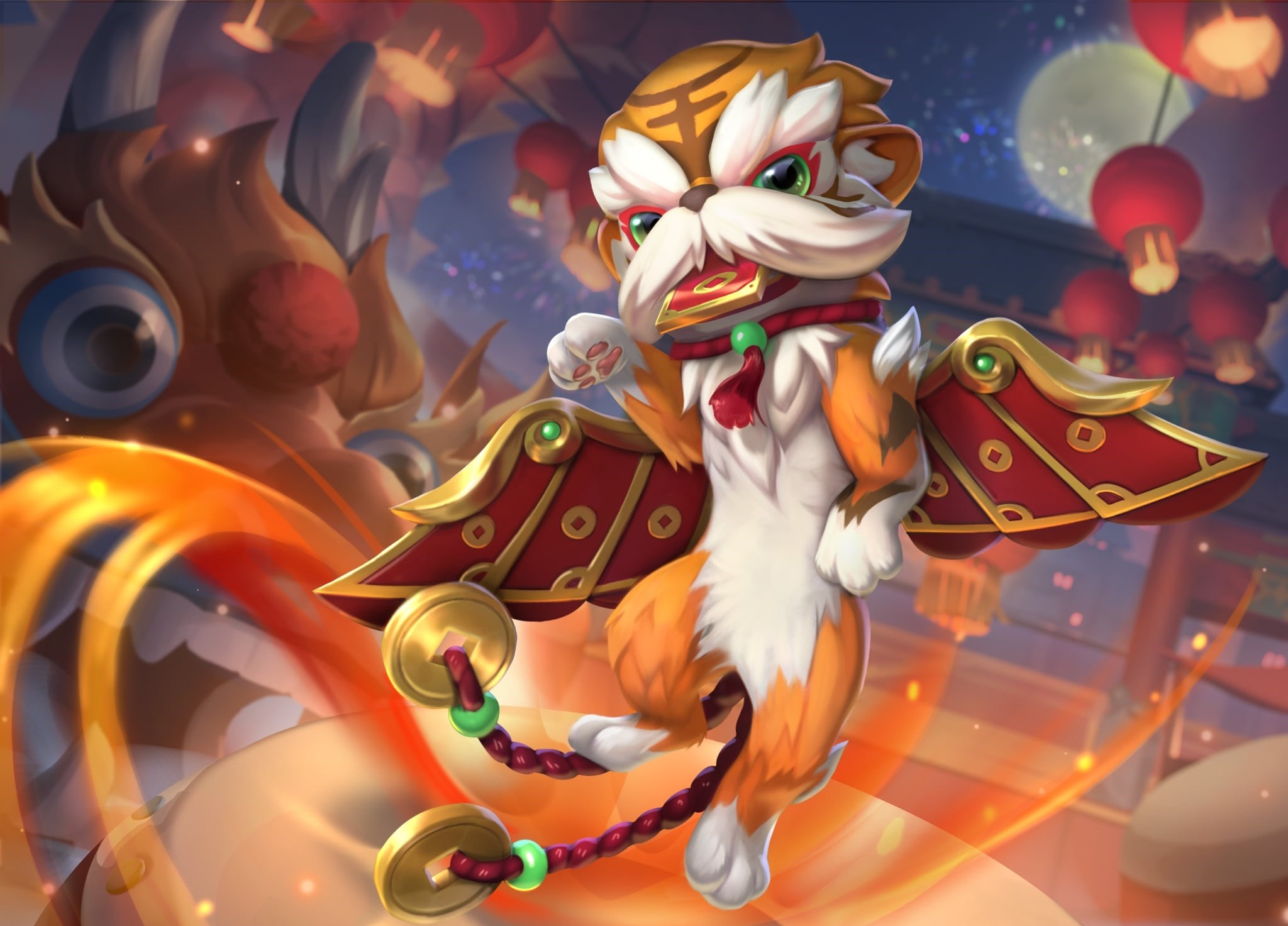 It’s time to celebrate the Lunar New Year within Teamfight Tactics via the Gifts of the Golden Lantern festival, a month-long event that showcases a new board, Little Legend skins, and new Tacticians.

The 2022 TFT Lunar Legend Festival features a total of three new bundles available for purchase within the store, along with new Year of the Tiger and Festival Firecracker eggs. Players can also unlock free gifts through the completion of missions and earn rewards throughout the event. Tacticians showcased during the TFT Lunar New Year event are Chibi Firecracker Jinx and Year of the Tiger Protector. Little Legends Duckbill, Dowsie, and Dango are also featured with five new skins.

Here are the eggs and bundles available during the duration of the Gifts of the Golden Lantern Lunar New Year event, which is scheduled to run from Jan. 20 with the launch of TFT Patch 12.2 until Feb. 15.

There are a total of two Gifts of the Golden Lantern TFT festival eggs available in the store, ranging in price from 390 RP to 13,900 RP.

Year of the Tiger egg

The Festival Firecracker egg costs 490 RP and contains a random Lunar Legend Festival Little Legend from the past year and has a chance to drop a rare Chibi Firecracker Jinx.

Year of the Tiger egg bundle

The TFT Set Six Lunar Legend Firecracker bundle contains a total of 16 Festival Firecracker eggs for the price of 14 at 6,860 RP.

The best TFT Gifts of the Golden Lantern cosmetics are packed within the Lunar Legend Festival 2022 Megabundle. Priced at 12,740 RP, players will get a total of 31 Festival Firecracker eggs. The bundle includes the exclusive Golden Tiger Market Arena. There’s also a total of four new Booms included in the bundle as well: Tangerine, Staff Drop, Ragin Ox, and Firecracker Jinx.