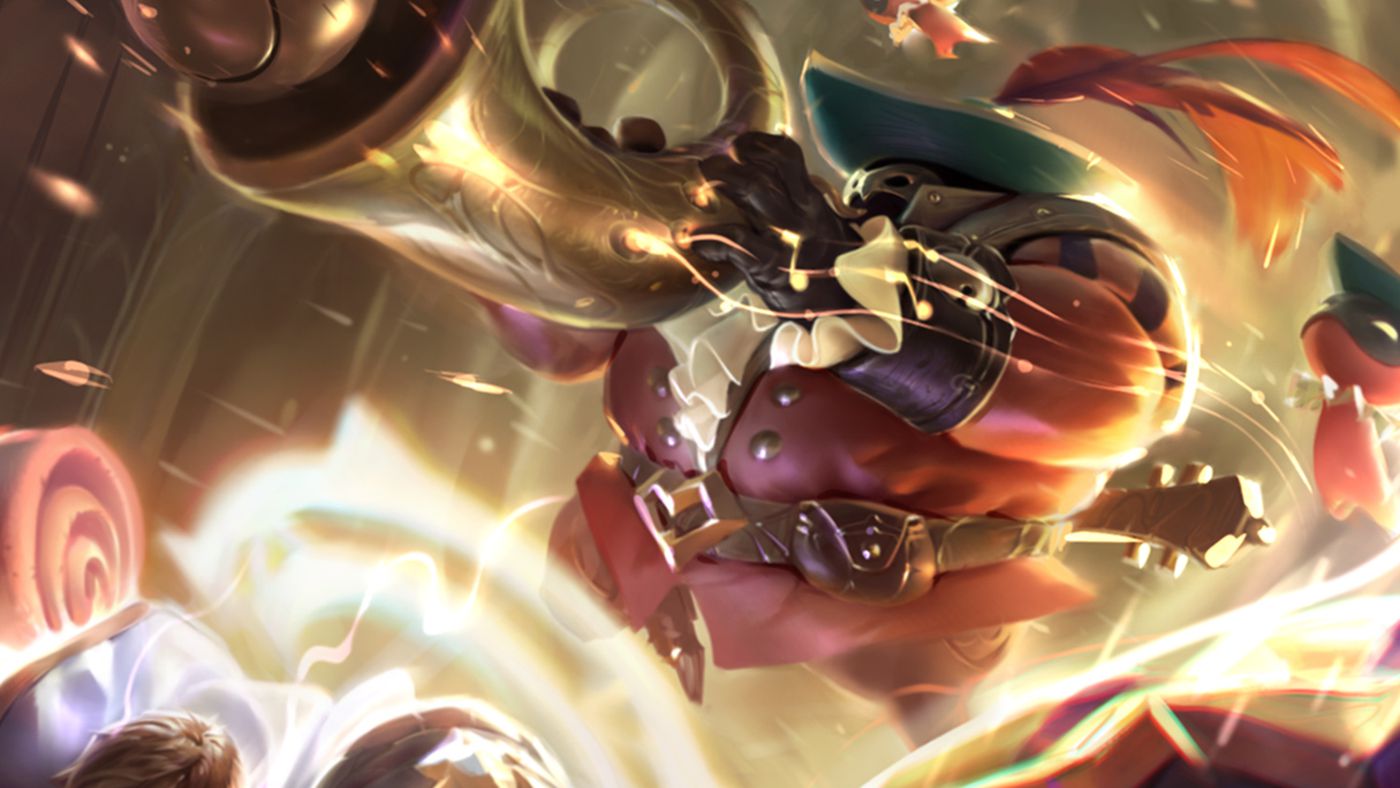 A new unique class has arrived in the Teamfight Tactics Set Seven Dragonlands set that harnesses the newly arrived tier five champion Bard. The class is also called “Bard” and it promises a lot of dancing moments on the battlefield.

It’s been a few Sets since players discovered powerful comps utilizing many expensive units, the famous legendary comps. There have already been several traits or champions that managed to deliver a way to generate more gold for players, such as the various ways Pirates appeared or even just Gangplank as a Mercenary from set six. These mechanics helped players accumulate gold so they could make an endgame transition on a board with multiple five-cost units. In the new Set Seven Dragonlands, a new trait will further help this strategy of getting a legendary board.

The “Bard” trait is activated when the Bard champion is on the battlefield. The trait makes all allies that survive combat have a 20 percent chance of creating a Doot. The Bard always creates a Doot when dancing. A Doot increases the odds of seeing tier three, four, and five champions in the shop by one percent.

Because it’s a unique trait, it’s important to understand how it works with your unit, the Bard. Bard’s ability sends mystical energy towards the largest group of enemies, stunning them for 1.5 seconds and causing them to take 475/700/3333 percent increased damage while stunned. The important thing to note is whenever his ability hits at least one enemy, the Bard will dance in celebration, immediately creating a Doot. Its mana is 140/200, so players must get at least one cast per battle.

Since the Bard is a five-cost champion he shouldn’t appear early on player boards. But once he’s present on the battlefield, the next shop is almost certain to be at least one percent more likely to bring champions from the higher tiers even with a defeat. A win with Bard on the field brings more favorable odds for these numbers to increase.

How to Use the Bard trait in Set Seven

The beginning of the game should be played with the simplest compositions using low-cost synergies like Bruisers and Cavaliers as the frontline and Mages or Swiftshots as the backline. Two interesting units to add to the starting board are Sejuani and Nami. Sejuani has both Guild and Cavalier traits, sharing Guild with Bard while Nami has Astral, Mage, and Mystic traits, sharing Mystic with Bard.

Astral is a powerful early game TFT Set Seven trait. Acquiring three Astral units early in the game will help two-star early units while providing a few extra golds every five shops, synergizing with the Bard trait effect of bringing high-cost champions to your shop. With a good starting board, it’s possible to try a winning streak; the Bard will bring more benefits to winnings.

Even though it’s been well-used on boards for a while, there are some composition options that will want a Bard by the end of the game. What they have in common is the presence of expensive carries like dragon Ao Shin or assassin Pyke.

In late-game builds, the first rounds will define the beginning of the board. During stage two, level up to four and five with the strongest board you can. It is necessary to have enough gold and life to reach the late game. AD items are better than AP items in general, but the best items depend on the five cost units that will appear at the end.

Level up to seven in round 4-1 and save gold even if you are a little weak. Upon reaching level eight, in rounds 4-3 or 4-5 try to find the units that are not yet found, mainly Bard, Ornn, and Pyke or Yasuo. Then save gold to level up to nine.

This composition uses Ao Shin as the main carry. The front line is formed by Sylas and Ornn. Try to get a drop during the first carousel; the main items are Shojin, Hextech Gunblade, and Archangel Staff.

The start of the game can be with Trainers or Astral, using Ryze as the holder of Ao Shin’s items with either of the two options. During stage two level up to four and five with the strongest board you can. It is necessary to have enough gold and life to reach the late game.

Level up to six in round 3-2 and make sure you have 50 gold. Keep saving gold to try to reach level 8 in levels 4-3 or 4-5. Then try to find Ornn and Ao Shin, then you can stabilize to reach level nine.

Among the available Augments, Evoker Crest can be useful in this comp to grant more mana to your carry, and Second Wind helps keep your units alive longer, allowing Ao Shin to do massive damage. The second carry is Zoe and most other units bring support through CCs or healing.

Many five-star units are very strong once they reach two stars and this composition is flexible to use any of them. Just keep in mind the items you will put in your main carry. The main carry suggestions are Pyke who has a skill that can execute enemies, Yasuo, who can use his skill many times with Blue Buff equipped, and Zoe for when it has too many AP items, in her case the best items are Shojin, Archangel’s Staff and Rapid Fire Cannon.

Idas is one of the best tanks in the game and even grants a Shimmerscale item that can be equipped on your carry or tank depending on the item in that match. Both the Bard and Soraka are two units that will have a big impact on the board with their abilities. The other units should strengthen their carry, for example, use Qiyana to strengthen Pyke with the assassin trait, or a mage to give a bonus to a Zoe.