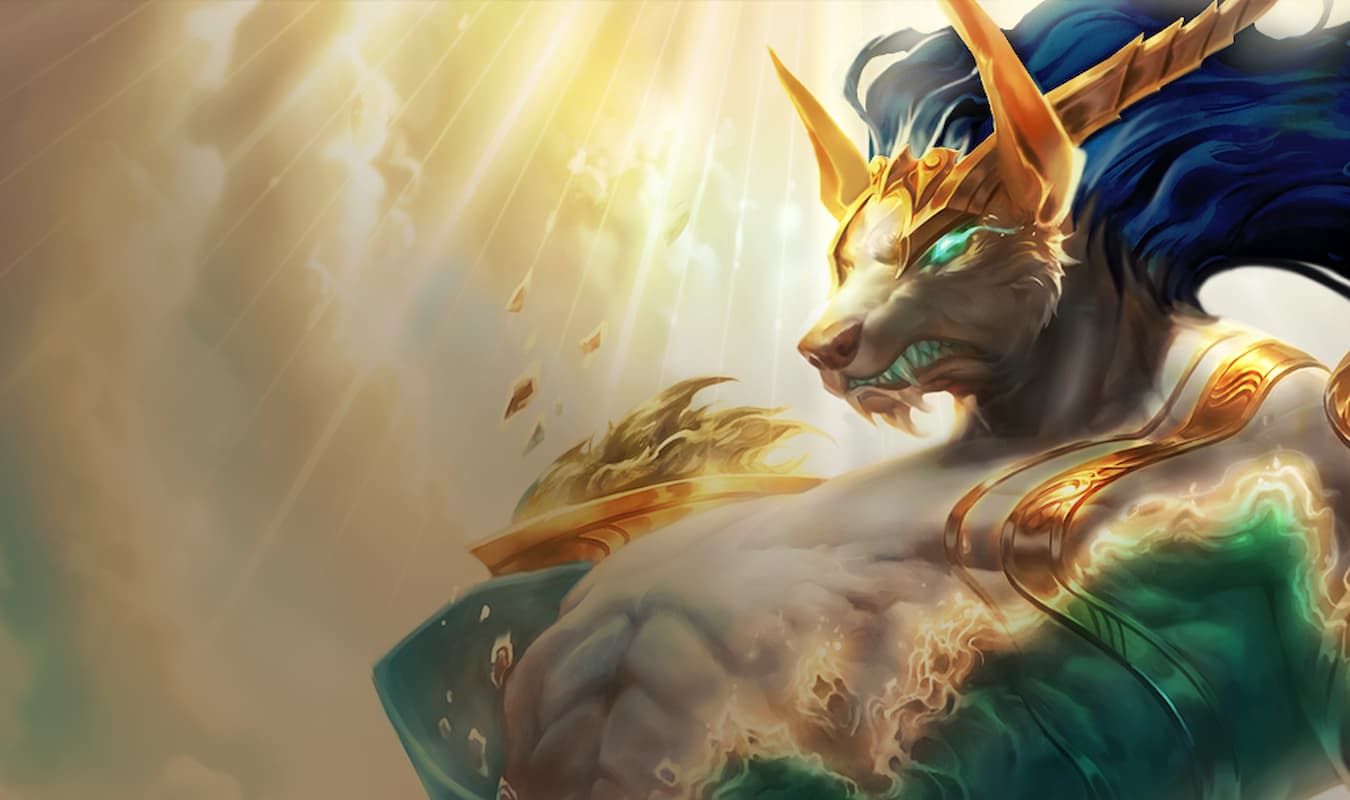 The Curator of the Sands Nasus returns to Teamfight Tactics in Set 7.5 as a one-cost champion, featuring a tank kit with traits that makes him a good synergy bot for some compositions in Dragonlands Uncharted Realms.

Nasus brings back his Fury of the Dawn ability in TFT Set 7.5 to be a good frontline for early game and reroll compositions. His ability increases his size while he surrounds himself in light for a period of time, gaining maximum health and dealing magic damage to adjacent enemies every second. The amount of health and damage increases with the number of stars.

The traits attributed to Nasus in Uncharted Realms are Guardian and Shimmerscale. No changes were made to the Shimmerscale feature in Set 7.5. The Guardian feature can now stack up to eight units.

Nasus is usually found on the frontline of TFT reroll comps of low-cost units along with other Guardians or as a synergy bot to activate the Shimmerscale trait.

Nasus will take better advantage of tank items, especially those made with Chain Vest, so he becomes more durable and deals more damage to enemies with his ability. The same items players will generally want to see on your endgame frontline.

Moving items from an early game tank to a more powerful one in mid or endgame can be a problem, even more so when combining Nasus with Idas, which should be the main tank of many builds.

To avoid problems, add extra copies of Nasus until you have two of them with two stars. That way, when your main tank arrives, just sell the copy that is equipped, recover the gold invested, and use the copy in the bank to complete the comp as a synergy bot.

Sunfire’s Cape has an area that decreases enemy healing, in addition to dealing true damage, which is very useful for dealing with Blood Thirster comps. Gargoyle Stoneplate grants more defensive stats as more enemies target the user, so the best option is to leave a tank isolated on the frontline with it. Titan’s Resolve is a defensive item that increases the user’s attack damage and ability power as it attacks or takes damage. At max stacks, it also grants armor and magic resistance.