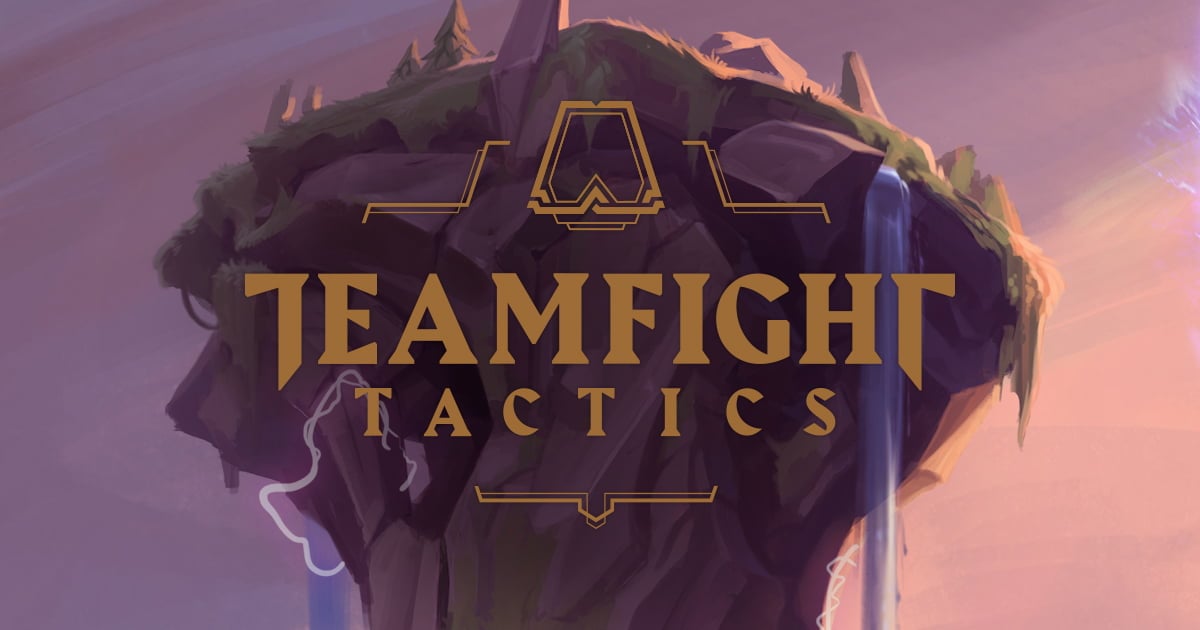 Riot Games is taking Blizzard’s approach and revealing its new Teamfight Tactics classes, elements, and champions one by one. A range of content creators and personalities from the community unveiled absolutely everything coming to Rise of the Elements.

The upcoming set, scheduled to release in early November, will completely turn the autobattler on its head. There are a few familiar faces making a return, but the vast majority are new additions to the game.

Here are all the new classes and elements joining TFT for Rise of the Elements.

Alchemist is an interesting new class that looks slightly out of place. It ignores unit collision, which has its benefits. But its place in the metagame is still uncertain.

Assassins were one of the strongest classes in TFT’s first set, dominating the metagame in the first months of the game’s existence.

The new Assassin class coming to Set Two has the exact same stats, but a new set of champions will replace the old. At this time, it’s difficult to determine their strength, but like their precious iteration, they should be a powerful and flexible option.

In an almost reverse of roles, Berserkers deal with the frontline while Assassins focus on the backline. Instead of bursting down single target enemies, though, Berserkers take care of tanks by using area of effect damage to their advantage.

Unlike Elementalists, the addition of items will give it the chance to deal a considerable amount of damage, while staying relatively healthy in a fight.

The new Mage class has tons of potential, especially when revolved around a carry unit. Imagine a three-item Aurelion Sol casting his ultimate twice. He’d absolutely destroy the enemy board.

Mystic is the perfect counter to Mage-heavy compositions. Just two units could be enough to thwart a magic-focused lineup. Four units might even be adding insult to injury, completely blocking out ultimate damage.

The downside of Mystic, though, is that carry units will be incredibly important to deal effective damage. Other than magic resist, Mystic doesn’t offer much.

Predator is an interesting class. It isn’t the strongest on the list, but it does have its benefits. The specific Predator units have yet to be revealed, but it looks like they’ll work effectively against tanks or even backline carries.

Twenty-five percent health is a considerable amount for tanks, and if a carry can somehow be whittled down, executing them will only help prevent team damage.

Ranger is another returning class to TFT. It’s far better than its previous iteration, though. Instead of relying on a four unit spike and banking on picking up a mid-game Kindred, Ranger is now much more dynamic.

Its two unit version is stronger than it previously was. It now has the potential of reaching six units and a whopping 100 percent chance to double attack speed.

Similar to Shapeshifter, Summoner increases the length of summoned units. The wording around this class is unclear at this time, but it appears that it’ll synergize with new units, such as Annie, Zyra, and potentially even the Mystic class.

Warden is similar to Brawler, but instead of acting as a surviving tool against general damage, it now hard-counters physical damage. Warden should be a good all-around class, stopping Assassins and frontline sword-wielding champions in its path.

Like Mystic, though, it may miss out on the damage to withstand a fight. It would ideally be paired with a carry unit stacked with units.

The full details concerning Crystal have yet to be revealed. The Element takes on champions like Ashe, Skarner, and Taric and synergizes with multiple classes.

Desert is an element that works particularly well against frontline tanks. Renekton, for example, will be able to chunk down tanks before spinning around and dealing area of effect damage.

The Electric element adds another level of strategy to TFT. It could be paired nicely with Assassins, making the most out of their increased critical damage. Imagine critting with a set of Assassins before immediately shocking for 500 damage.

Equally, it could counter Assassins. When they critically strike, they too will receive the brunt of the damage. It’s an interesting dynamic that has multiple playstyles and possibilities.

Forest has to be one of the most powerful elements in TFT. An added unit makes a big difference, especially in the early stages of a game. The new Forest champions may not be the best of the bunch, but its cloning potential is insane.

A player could have two Iverns dishing out power shields to his allies, two Maokais sustaining in the frontline and healing to their heart’s content, or even two LeBlancs throwing chains left, right, and center.

Glacials are making a return in Rise of the Elements. This time, though, a new set of champions will be swapped in, allowing for a change of pace. The full list of champions and changes have yet to be revealed, but it’s expected to be similar to the previous iteration of the origin.

Frosted Ezreal is just one example of the new units joining Glacials.

Inferno is an area of effect based element that combines nicely with crowd control. When you’re up against a stacked team, Inferno can deal a tremendous amount of damage paired with strong champions and unit sets.

Depending on the AI, though, it may be hit or miss. Similar to Miss Fortune, the burning ground effect could easily miss and become obsolete in a fight. In this scenario, it could lead to a devastating and seemingly unfair loss.

A full set of Light champions could be extremely powerful. Leaving a squishy in the front as bait would instantly buffer up the team and cause mayhem. The added attack speed would allow for the faster use of ultimates and the health would keep them safe from harm.

Mountain is a great small synergy for any composition. It’s hit or miss, but if it hits, it’s big. It could just as easily buffer up a carry and prevent them from dying. Any champion with 1,500 health is massive. Add that on top of a tank and it’ll withstand almost anything.

The Ocean element is a powerful addition to TFT. Even the lowest iteration of the buff is strong enough in some circumstances and 40 mana every three seconds is incredible. A unit will already be ramping up mana in the early stages of the game before automatically doubling up and shooting out an ultimate or two.

Poison is the perfect counter for Ocean-orientated builds and Mages. Adding that 50 percent mana cost is a big deal. It stalls out the match, preventing the enemies from getting carried away.

The only problem with Poison is that it could be hit or miss. If it targets a frontline carry or a weaker unit, its neurotoxin could be wasted. It’s a risky element, but it definitely has its uses.

The full details concerning Shadow have yet to be revealed. The element takes champions like Malzahar, Veigar, and Master Yi and synergizes with multiple classes.

Steel has tons of potential, especially against strong, burst-oriented compositions. Those few seconds of invincibility could be the difference between winning and losing a match. A three-star Steel unit with a strong set of items will run rampant and be almost impossible to take down.

Wind is a good all-around buff for any composition. An added 25 percent dodge chance is a great addition to any team, let alone 40 or even 55 percent. The element has a Yordle passive feel to it, relying on RNG to survive.