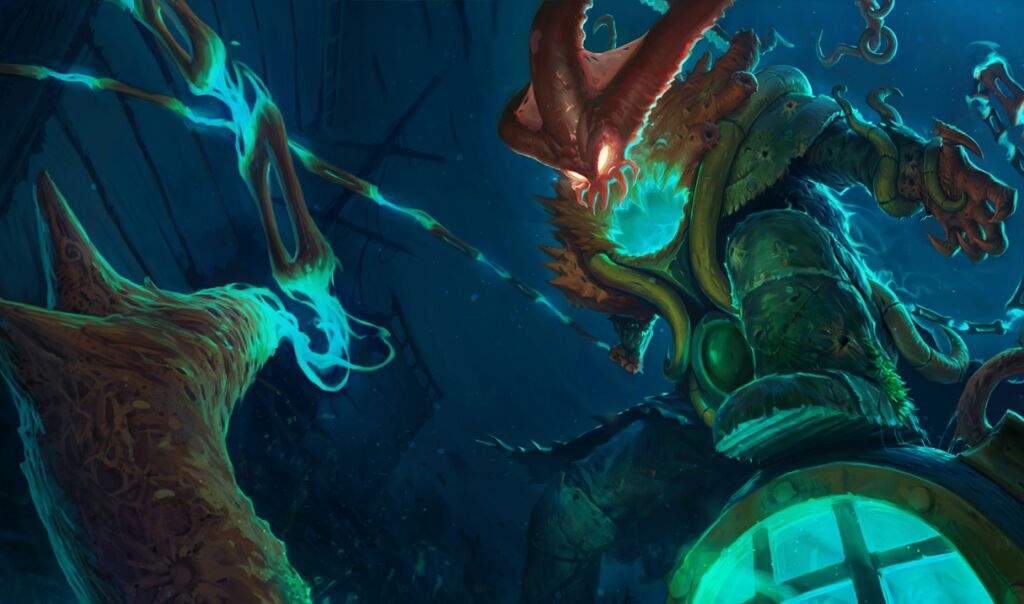 Today’s been a big day of Teamfight Tactics reveals with Set Two of the autobattler drawing closer. And now, three new deep-sea dwellers are joining the cast.

The Chain Warden is making his way to TFT and fans may be disappointed to hear that his trademark hook isn’t making an appearance. Thresh’s ability, Deep Sea Passage, works similar to this W in League of Legends, throwing the lantern to the lowest-health ally and shielding them and nearby allies for a few seconds.

Thresh will also be a part of the new Warden class, which was revealed by popular TFT streamer Rumay “Hafu” Wang earlier today. The class allows Wardens to increase their armor based on how many units of the class are on the board.

The Titan of the Depths will cost three gold and will join Thresh in the Warden category. His ability, Depth Charge, is similar to his ultimate in League. Nautilus sends out a depth charge that finds the furthest opponent, knocking them up and stunning them.

Nami will be the Ocean legendary unit, costing five gold, and her ability seems to fuse two of her skills from League. The Tidecaller sends a massive wave toward a random enemy, damaging and knocking up all the enemies it passed through. It’ll also grant allies it passes through bonus magic damage on hit.

The majestic mermaid will also be a Mystic, a class that hasn’t been revealed yet.