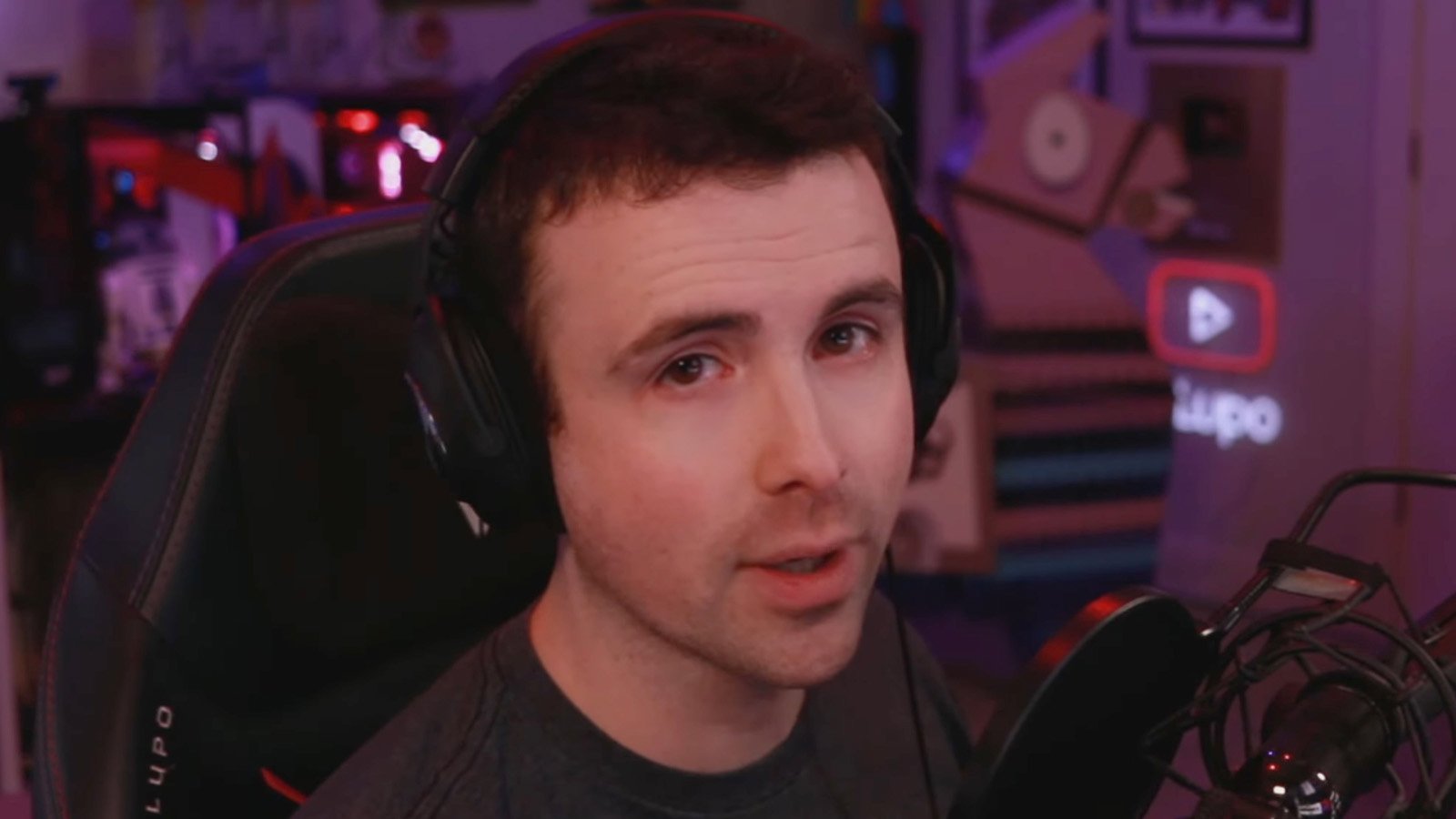 Benjamin “DrLupo” Lupo is a YouTube streamer with almost 2 million subscribers on the platform. He used to stream on Twitch but switched platforms in Aug. 2021 after locking in a lucrative deal with the Google-owned platform.

Before he hit the big leagues as a streamer, DrLupo worked as a systems engineer for a local insurance firm in Omaha, Nebraska, where he spent hours each day writing code in the basement of a 13-floor building. Despite being fully committed to his job, he got hooked on Diablo III in 2013 and would often AFK farm. He started streaming it on Twitch so he could keep an eye on his character’s progress from inside the office.

Little did he know, that hilarious decision planted the seed for what would eventually blossom into a full-blown career. He started streaming Destiny in his free time and quickly became one of the most feared PvP players in the game due to his skills.

From there, he transitioned into Overwatch and eventually PUBG, before securing a partnership with Twitch in 2016. At that point, he was still working full-time, but his wife encouraged him to devote himself to streaming in 2017, and it paid off big-time.

Fortnite was released later that year, and DrLupo made it his main game. He often played with Tyler “Ninja” Blevins and Timothy “TimTheTatman” Betar, which caused his popularity to explode as the game became a phenomenon.

Today, he is still one of the most popular streamers in the battle royale genre.

He uses his following to raise copious amounts of money for charity, including $2.3 million for St. Jude Children’s Research Hospital in 2020 and $10 million in 2021.

DrLupo, at a glance

What games does DrLupo play?

During his days as a Twitch streamer, DrLupo played Fortnite the most. He dedicated 4,337 hours and 32.1 percent of his total stream time to the popular battle royale title, far more than any other game on the list.

Since moving to YouTube, DrLupo has stayed true to this formula. Fortnite and Escape from Tarkov have been his most-streamed games on a regular basis, but he has dabbled in others like Apex Legends.

What is DrLupo’s streaming setup?

How much does DrLupo make?

DrLupo reportedly earned $1,894,615 from his Twitch streams alone between Aug. 2019 and Oct. 2021. However, he also likely made a lot more from sponsorship deals, merchandise, and YouTube clips during that time.

His YouTube deal is also believed to be worth millions, although the exact numbers haven’t been revealed.

Where is DrLupo from?

DrLupo is from Omaha, Nebraska, and still lives in the midwestern U.S. state. It’s a stark contrast to most streamers who relocated to Los Angeles, California and Austin, Texas to make it easier to collaborate with each other.

DrLupo is one of the most down-to-earth streamers on the planet. His laid-back personality is a rare trait among streamers who play competitive shooter games, and people love him for it. He also has a relatable and inspiring backstory.

However, he wouldn’t have made it this far on his personality alone.

DrLupo is also an avid competitive shooter player with excellent aim and awareness and has the ability to think on his feet and outmaneuver opponents.

DrLupo’s most popular clip is a throwback to his days on Twitch. He called out an obnoxious fan who criticized him after getting banned from the channel and roasted them into oblivion. It has more than 750,000 views.

So what’s next for DrLupo?

DrLupo is a versatile streamer in terms of the games he plays. However, he isn’t known for pushing the boundaries and branching out in creative and innovative ways like others have been doing in recent years.

Instead, he prefers to stay true to his formula of playing games and playing them well. So, he’ll most likely keep on doing that, which is the main reason people tune into his streams anyway. If it ain’t broke, don’t fix it.