See what it means to truly have the eye of the tiger. 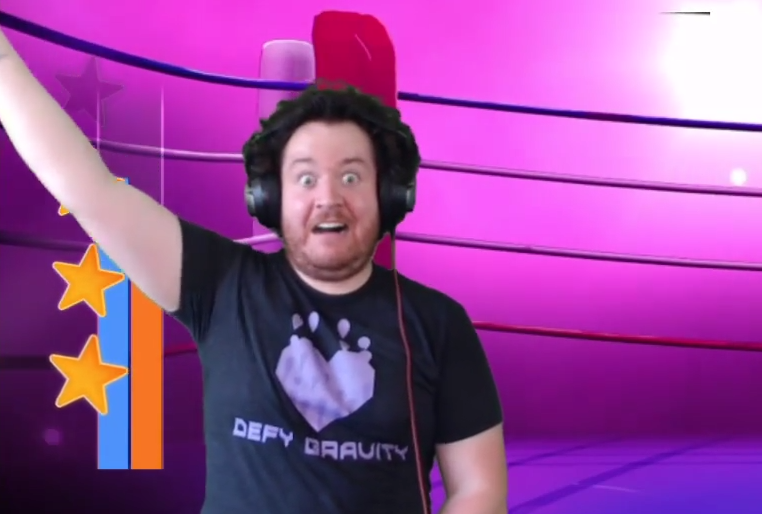 Twitch-streaming duo TwoAngryGamersTV’s celebratory Just Dance stream hit a speedbump today after one of them appeared to be dragged into the void thanks to a hole in the floor.

Tommy and Bongeh were celebrating five years of Twitch partnership with a grab bag of different games, including Just Dance.

Somewhat ironically, the injury came during a performance of Survivor’s “Eye of the Tiger.”

While doing a dance move similar to jumping rope, Bongeh (on the right in the clip) shifted his feet just enough to step into a large hole in the floor.

(Clip is muted due to a copyright claim on Twitch)

In a flash, he dropped out of frame while letting out a comically dramatic scream.

Tommy continued dancing while staring at Bongeh with bulging eyes, not quite sure if something serious had just happened or if it was safe to laugh.

Bongeh was able to crawl back into a chair where he powered through and performed the last two moves on the song.

“I finished,” he said after the song, with sweat on his pained face.

Later in the stream, he said his foot got twisted when he stepped in the hole that led to the dramatic fall.

Such acts of courageous teamwork rarely occur, so it’s important to appreciate Bongeh’s sacrifice in the name of Just Dance.