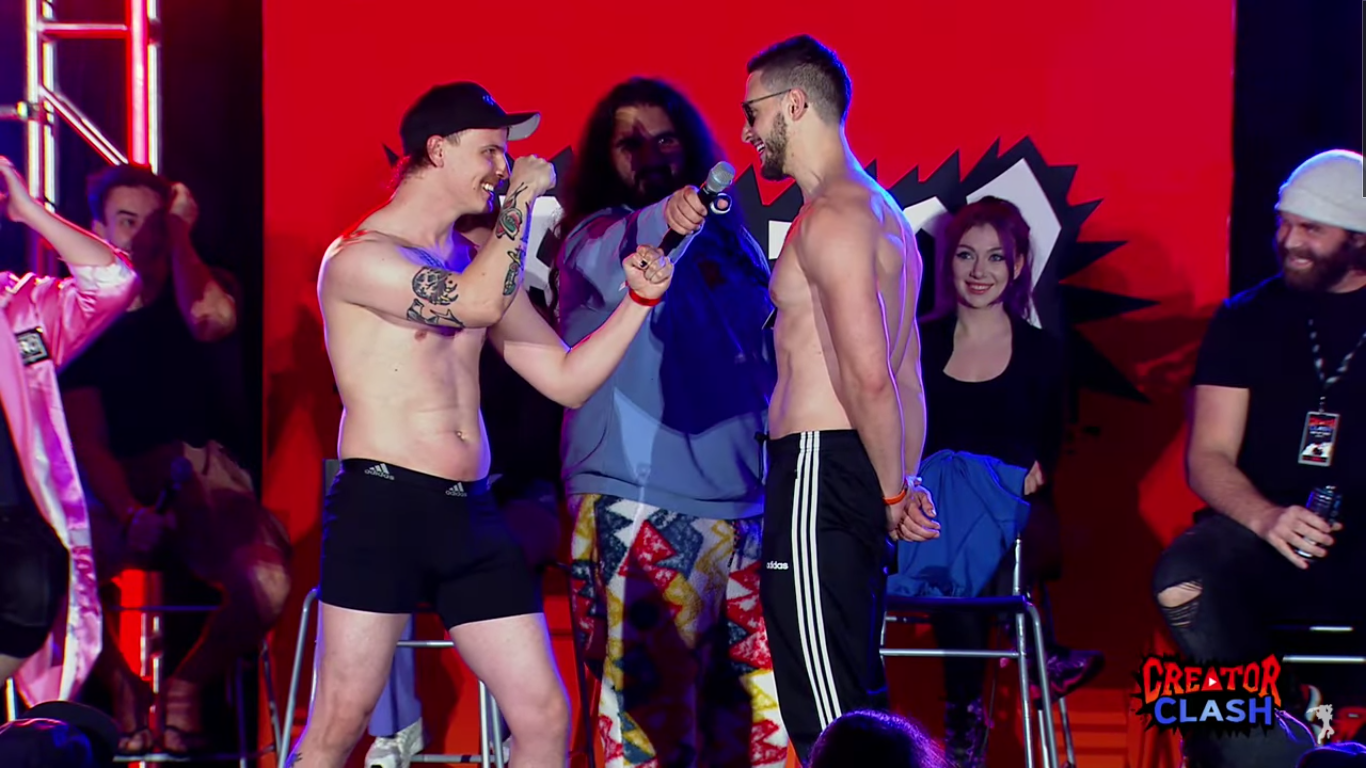 Popular YouTuber and new boxing influencer iDubbbz confirmed the possibility of a Creator Clash 2 following the conclusion of the weigh-ins for his first ever live boxing event.

Fans and media got their first look at the eighteen influencer fighters during the event’s weigh in and press conference on May 13. After all fighters made weight for their eventual fights, the floor opened for press questions regarding the event, training, or any other aspect of Creator Clash.

When prompted with the possibility of putting on another influencer boxing event such as Creator Clash, iDubbbz was confident that another could happen in the near future. Though not giving a direct confirmation nor timeline, the YouTuber hinted that a potential Creator Clash 2 could happen some time next year.

“The air is nice here,” iDubbbz said about the event’s setting of Tampa Bay, Florida, “It lubricates the joints. It’s like the boxing city, as far as I’m concerned. We’re definitely gonna do it again. Somewhere in Florida, probably. Maybe Tampa.”

Multiple times throughout the planning process for the event, iDubbbz described the prospect of a sequel to his highly anticipated influencer boxing event. In an interview with the YouTuber, he told Dot Esports that many potential participants were “waiting to see how this one went,” but could be open to the idea of participating in future events.

Taking place on May 14, Creator Clash will be available for rewatch with a purchase of the card’s pay per view on Creator Clash’s website for up to 48 hours after the event.