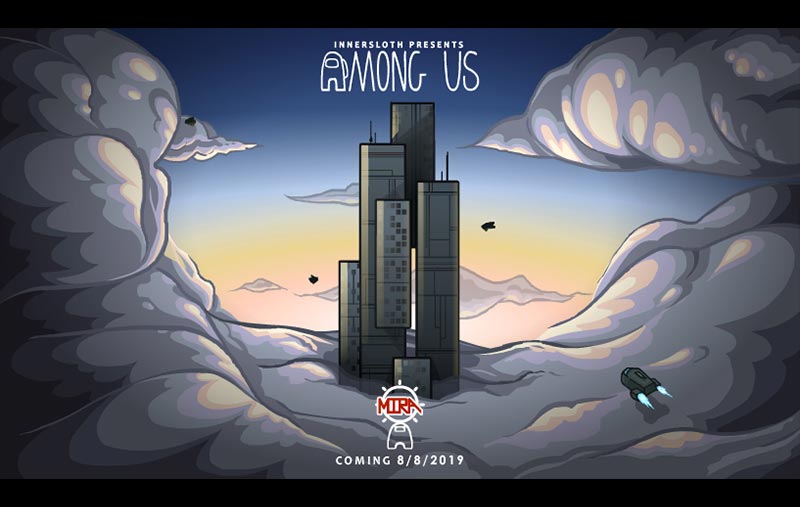 Doing tasks in Among Us can be stressful, especially when there’s a murderous impostor waiting around the corner. Getting interrupted mid-task by a knife in your back is an irritating way to end up listening to your lobby’s discussions from the grave.

So to mitigate the risk of murder, we’re breaking down how to do each task in Among Us for each map. With the guides for The Skeld and the newest map Airship already out, we move on to the elevated MIRA HQ map.

Here are all of the tasks on MIRA HQ. To help, here’s a map of MIRA HQ with each location marked.

This task is actually a two-parter: diverting the power then accepting the power. The first part of the task starts at a fixed location and the second part has to be done at one of several potential locations.

First, the power must be diverted from the Reactor room. Open the task and slide the highlighted slider up to the top. You’ll see above the slider what room the power is going to.

Unlike the fueling engine task on The Skeld, the task in MIRA HQ is much simpler. Instead of adding fuel to the can in one room and bringing it to another, you just refuel the engine in one single task in Launchpad. Just click and hold the silver button on the panel.

This is another task that can only be completed in the Launchpad room. In fact, it’s the only place in the entire game where this task can be completed. When the panel pops up, hit the spacebar on the on-screen keyboard and wait for the percentage to go from 100 percent to zero. Then, select the singular red node among the other gray ones. You can leave the task while the diagnostic performs, which takes 45 seconds.

Submitting a scan can only be completed in the MedBay room. There’s not much difficulty in this task, though. Just stand on the scanning pad until the scan is complete.

The wiring in MIRA HQ can be fixed in several locations: Locker Room, Hallway, Laboratory, Storage, and Greenhouse. Drag each wire on the left side of the panel to its matching color on the right side. Each wire also has a symbol used for matching for players who are color-blind.

Data processing is a task that, like running diagnostics, can only be performed in one room in MIRA HQ: the Office. All you have to do is click upload and wait for the progress bar to complete. Yup, office work is that easy. Unfortunately, there’s no receptionist to sheepishly flirt with.

Priming the shields can be completed in the Admin room. When your task is opened, you’ll see a display of red and white hexagons. Click on the red hexagons to turn them white. The task is completed when all hexagons are white.

This task can be completed in the Admin room. Anyone who’s had to clock into work with an ID number will be instantly familiar with this task. Swipe up on the card in your wallet to see your ID number, then enter it into the numpad.

Crewmates can chart a course in the Admin room. Drag the ship from left to right through each point to chart the course and complete the task.

Clearing asteroids is a task that can be completed in The Balcony. When you open the task, a green screen appears with asteroids floating around. Point and click to destroy 20 asteroids to complete the task. If you miss too many at once, you can exit the task, but it saves your progress.

Players can also measure the weather on MIRA HQ’s Balcony. This is the only place you can complete this task in the game. It’s also one of the easiest objectives. Click “Begin” and wait until it says “Done.” That’s it. No degree in meteorology is required.

While it’s unclear how this task helps the crew of MIRA HQ, you can at least acquire a tasty beverage. At the vending machine, look at the crudely drawn beverage on the piece of paper, find it in the machine, and enter its code on the pad. Then, hit the green checkmark button. You can talk to management later about having to buy your own drinks at work, but make sure you clock out first.

Similar to the fuel engines task, what’s a two-stage task on The Skeld is only a one-stage task in MIRA HQ. In the Cafeteria, you can empty the garbage by clicking and holding the lever until all the garbage is emptied.

Sorting samples is another task exclusive to MIRA HQ and it can be completed in the Laboratory. You’ll see a collection of fossils and three boxes: one box with a leaf, one with a paw print, and one with a gem. Drag any fossils with plants or leaves in the leaf box. Any with gems in them go in the gem box. And fossils with animal bones go in the paw print box.

Assembling the artifact is also completed in the Laboratory. Click and drag the pieces of the artifact into its correct order. Obviously, the ones with the pointed ends go on the very top and bottom. You can use the carved patterns at the ends of each individual piece to match them up with the other pieces.

Unlocking the manifolds can be completed in the Reactor room. Simply click the numbers one through 10 in ascending order (one, two, three, etc.). Clicking incorrectly will force the player to restart.

Crew members can start the reactor in the Reactor room. A black screen and a grid of nine square buttons will appear. Memorize the order that the blue squares appear in, then enter that sequence using the grid of buttons. Do this five times, with an additional square to memorize each time. The later patterns are just the previous pattern with an extra square added. For example, the fourth sequence is just the third sequence with one more square.

The plants have to be watered. First, collect the blue watering can located in the Storage room. Then, take it to the Greenhouse and click on each of the four plants when the task opens.

The O2 filter can be cleaned in the Greenhouse and it’s a task that’s similar to emptying the garbage. But instead of holding a lever, you have to click and drag the leaves over toward the opening. The suction will take care of the rest.