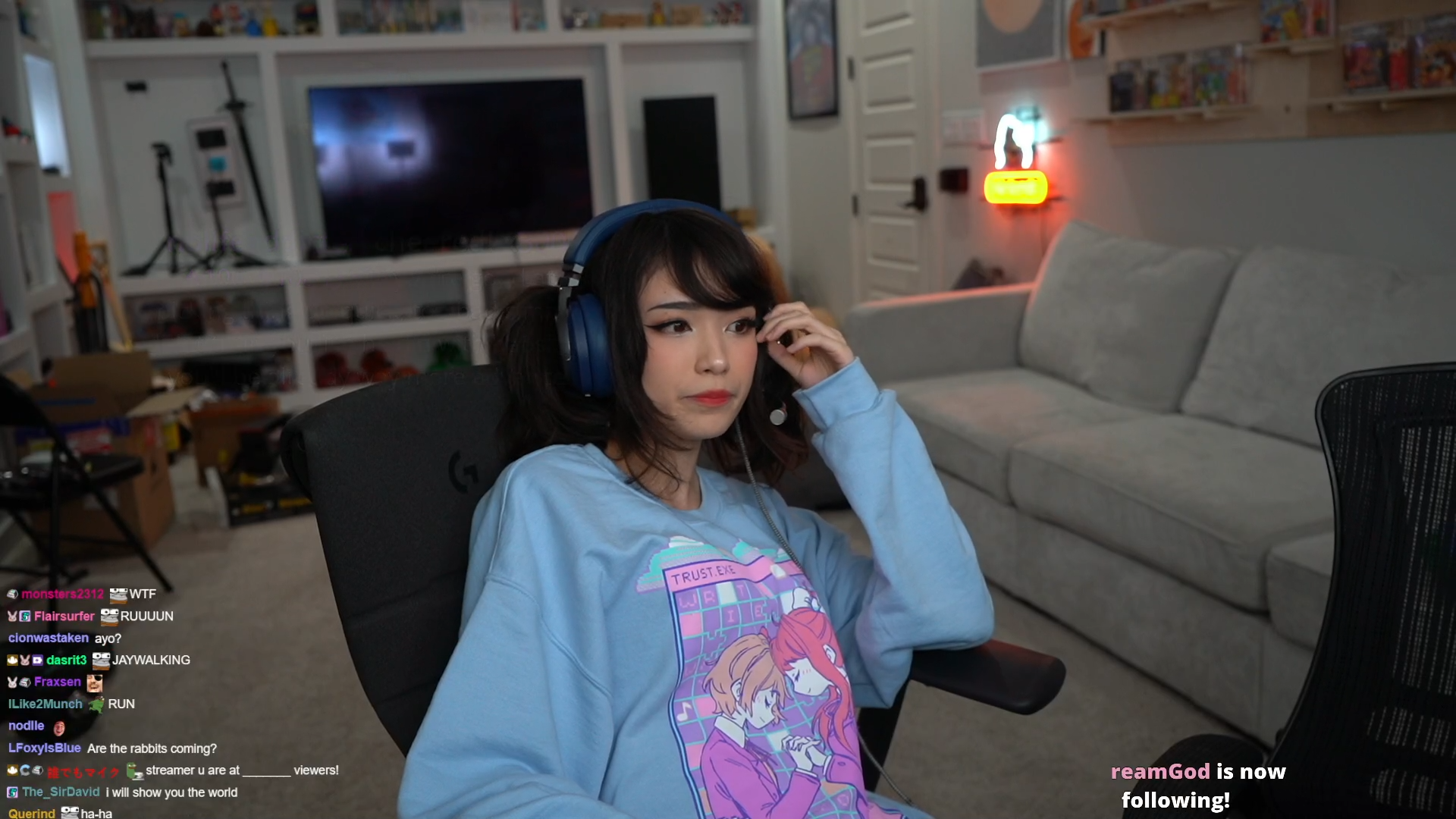 On her Twitch channel earlier today, Emiru responded to leaks that she was reportedly moving into the Austin streamer house. The variety game and cosplay streamer said that she was “95 percent” sure that she would make the move to Austin.

Emiru said on stream that she is tentatively planning on making the move and gave several reasons as to why.

“There’s still some things I don’t know about but I think I am,” Emiru said, “Besides wanting to be around other streamers and liking the people here, currently at my house in Kansas—I can’t stay there.”

Earlier in the week, Mizkif made claims that Emiru would be moving in, and now it appears that this is increasingly likely. If Emiru makes the move, she will join fellow streamers Mizkif, Esfand, SodaPoppin, Minx, Cyr, Asmongold, and many others.

Emiru has already appeared in content alongside several prominent streamers in the area. Though moving in with several founders of the esports organization One True King, it is unlikely that the Cloud9 streamer will join the organization in any official way yet.

The 23-year-old streamer is the latest to potentially make the decision to move to Austin. The city is quickly becoming a hub for streamers and content creators, rivaling Los Angeles for American-based streamers. QTCinderella’s Shit Camp also brought more attention to the Austin streaming scene.

The existing streamers in the city certainly provide a benefit in creating content, as the number of collaborations between Austenite streamers has grown exponentially. While Emiru has yet to fully confirm her move, we can likely expect to hear more in the coming weeks.