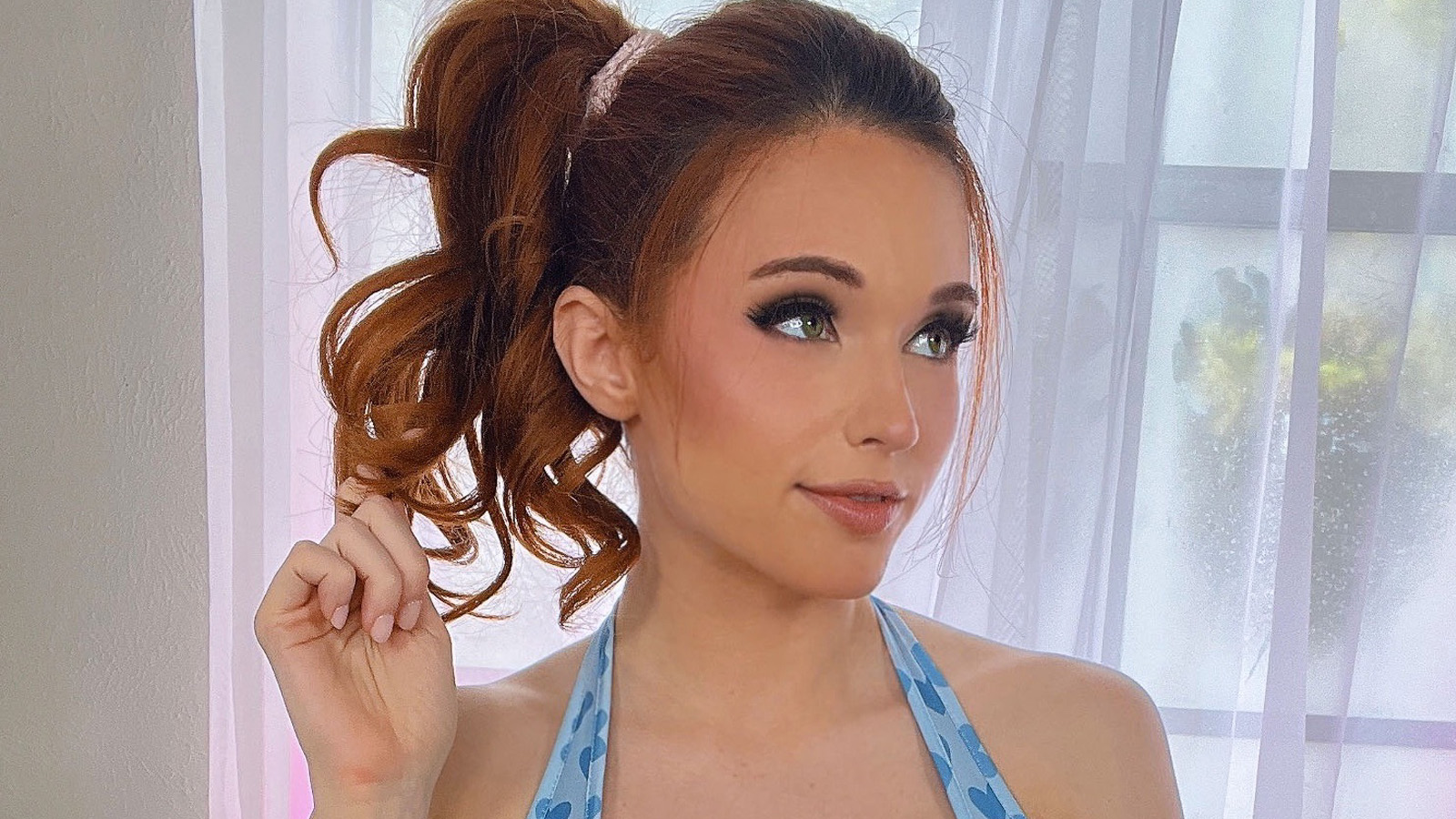 Twitch star Kaitlyn “Amouranth” Siragusa fired back at an internet troll who told her to try working a nine to five job before saying she has worked her ass off to get to where she is in regards to her Twitch streaming career today.

The troll’s view is the controversial nature of Amourant’s content, including the fortune she made from OnlyFans, is different from a ‘real’ job. But Amouranth disagrees.

“I hustled my ass off for three years and aggregated demand at an industrial rate to create this fortune,” the Twitch star clapped back on Twitter (H/T to Dexerto for spotting it) on July 20, triggering an army of haters, including the troll.

However, proving once again haters don’t phase her, she responded by saying: “The hours would be an absolute cakewalk! I’ve been doing 19-20 hour days for literal years.”

The entrepreneurial Twitch streamer—who has reigned atop the platform’s charts for some time now—explained her typical day consists of tending to business calls and meetings for a few hours, followed by lengthy 14-hour streams that keep her awake until around 7am, only to start it all again five hours later at noon.

She added she worked ‘9–5’ jobs before streaming and experienced all the highs and lows with it, including being “screwed over” by bosses and business partners.

As of July 2022, she’s the second most-followed female streamer on Twitch with 5.62 million followers, sitting only behind Imane “Pokimane” Anys, who has 9.22 million followers. Amouranth was also the most-watched female streamer between April and June 2022, suggesting she is well on the way to narrowing the gap: all thanks to her hard work in a grind that goes beyond “9–5.”

Across her career, Amouranth’s average stream length is 10.1 hours.

Plus, now that she’s retired from OnlyFans, she’s pivoting into more entertainment-focused content like Streamer Royale, which was a resounding success too.