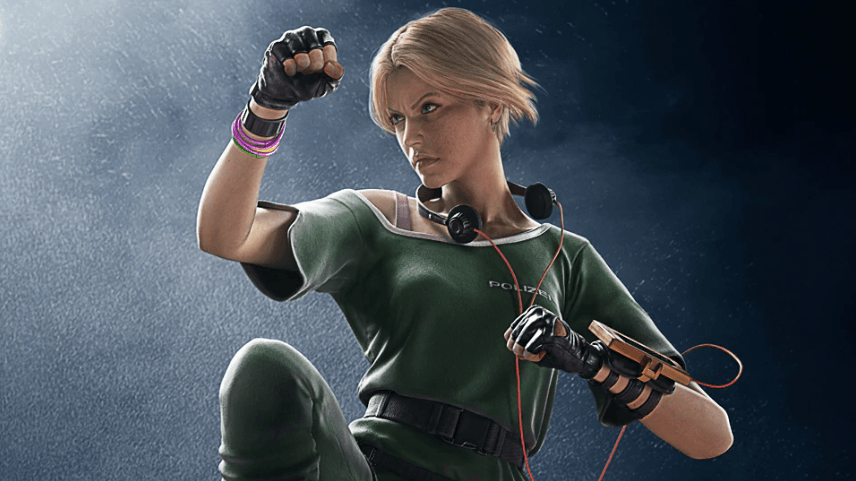 So, you want to learn how to play Rainbow Six Siege‘s premiere gadget-detector: IQ.

IQ is a 3 speed 1 armor operator, which means she has a ton of fragging power. She’s combined with a useful gadget for finding sneaky utility and her primary weapon kit, and is downright formidable on more aggressive maps. Here’s how to play IQ, and a few tips along the way.

Unless you haven’t played Rainbow Six in a while, you know about the G8A1.

It has everything: an angled grip, massive magazine, quick reload, and a monster rate of fire. It’s by far the best statistical gun on the attacking side. The 552 Commando can do as well in a pinch, but you’re going to want to master the G8. Trust me on this, you will shred with this gun.

For IQ’s P12 pistol, you’re going to want to use the suppressor. This is counter to conventional Rainbow Six wisdom, but you’ll be less obvious when destroying gadgets with your scanner.

IQ’s Electronics Scanner is one of the most powerful gadgets in the game, provided the meta eases up enough to where you can comfortably take her. She’s particularly powerful in vertical play, where you can destroy pesky Mute Jammers and other electronic-based gadgets through floors or ceilings.

She’s also the closest thing to a hard counter for Lesion, Echo, and Valkyrie as there is in Rainbow Six. IQ’s scanner can detect hidden Valkyrie Black Eyes with ease, and deny the defenders crucial information. Her scanner also detects Lesion’s invisible Gu Mines, making your entrance into the map more stealthy. Finally, she completely hard counters Echo’s invisible Yokai Drones, and can turn the tide of battle by rendering the plant-stopping Yokais useless.

With IQ your playstyle is going to be more dependent on your teammates. With her 3 speed status and access to the G8, she excels at being the tip of the spear of your attack. But your team might need you to hang back to help deal with some of the pesky Valkyrie cameras, or to help clear utility so they can push easier.

There’s no right or wrong way to play IQ: just play what the team needs at any given moment. If you see a gap in the defense, rip through it with your powerful weaponry and fast peeks. If your team got torn apart by a defense that used Valkyrie cameras aggressively, maybe hang back a little bit and clear some utility.

IQ is specifically powerful on Border, Coastline, and Kafe Dostoyevsky.

On Border, nearly every important floor and wall is soft, making it easy for her to clear important defender utility safely. In addition, Border is a big Valkyrie map, with lots of sneaky spots to hide cameras. On Border, IQ is best played as a supporting operator, helping her hard breachers with her gadget, and snuffing out traps and cameras.

If you’re going to Coastline, get ready to swing or be swung: the Ibiza resort is tiny, and plays aggressively. You may have to clear some sneaky utility, but the real prize here is the access to the G8. Coastline is an extremely aggressive map with a lot of fighting potential, and access to an LMG with an angled grip is important. Consider playing IQ more aggressively and taking gunfights on Coastline.

If you happen to head to Kafe Dostoyevsky, you’ll need to do a little bit of both. Using IQ’s gadget is important, but getting into positions to clear utility will require teamwork and perhaps a little gunfighting. Fortunately, there are a ton of places to hide drones close to where you want to enter, and they’re easily utilizable.