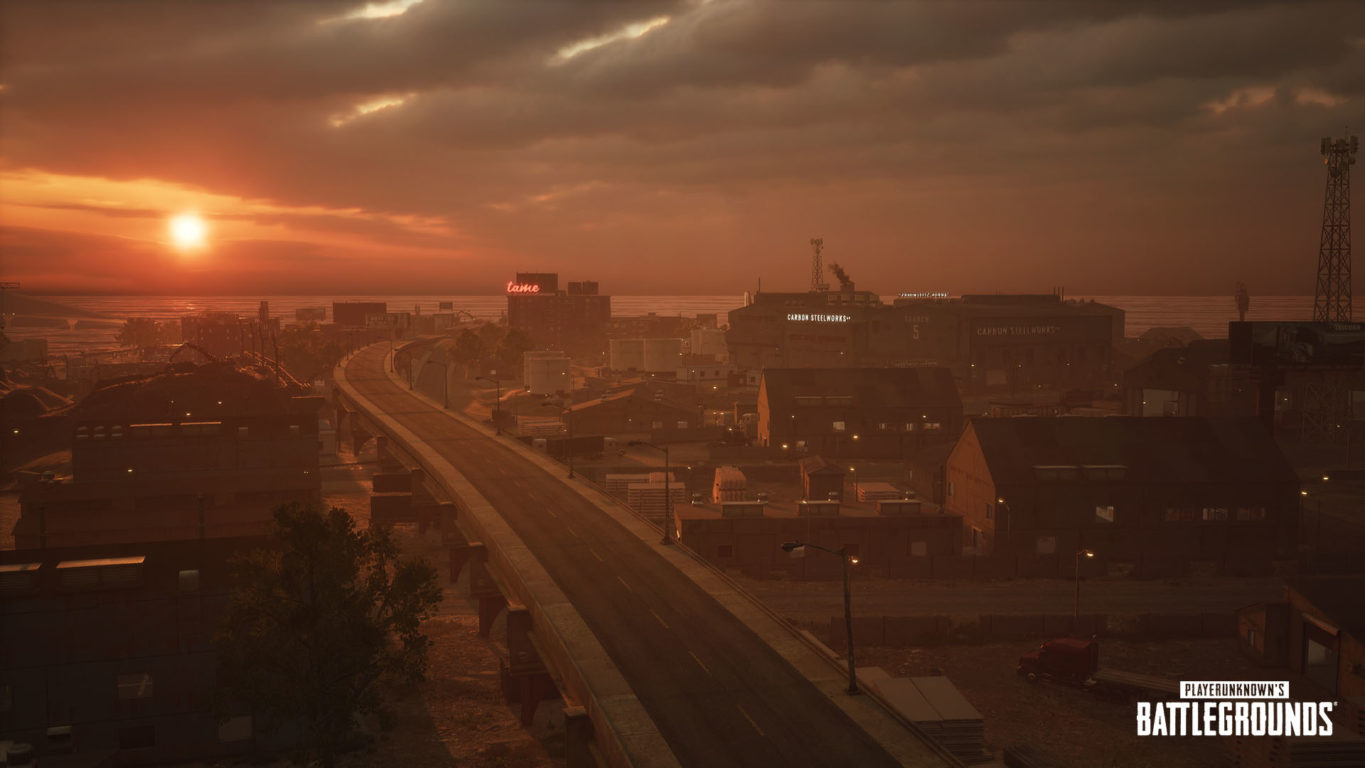 PUBG Corporation is introducing Haven, an industrial island map located in the Rust Belt of America, in Patch 10.1.

The new season map, which will only be available for the duration of season 10, is built for 32 players. It includes a duo mode and one-man duo and has a shorter length than most other maps.

Along with Haven, ranked season 10 is coming to the game with matches reworked to improve the player experience and reduce fatigue. The overall pace of gaining and losing RP has been greatly increased, reducing the grind.

The districts of Haven

Haven is a Seasonal Map only available for the duration of Season 10.

Beware of the Pillar, an enemy faction offering an entirely new gameplay element not seen in existing Battlegrounds. Guards and Commanders are distinct looking opposition which protects certain areas of the map, working as an additional factor you have to contend with while fighting against other players to claim the Chicken Dinner.

Season 9 Ranked rewards will be delivered upon login. For details on these rewards, please refer to the End of Season 9 Ranked and Rewards Announcement.

PUBG has several different game modes and two perspectives, this means there are lots of queues that need to be filled with players. Unfortunately, this can cause players to be spread too thin in some regions and cause lengthy matchmaking times and an otherwise poor experience.

Since the induction of Solo Ranked mode, the developers have been heavily monitoring the health of Ranked matchmaking queues specifically in each region and have decided to make some changes which they believe will have a positive impact on the overall health of Ranked long-term

The following queues will be available for Season 10:

Spectate your Victory Pose in FPP

Previous weapon mastery medals felt to us a bit underwhelming and difficult to show off to other players, so we’ve made revamped the mastery medals to make them more feel more worthwhile to work towards and show off to your squad.

You can earn Mastery medals when meeting specific conditions during games, so put on your try-hard pants and rack up some achievements.

Emotes in the lobby

Introducing the Costume Preset feature. Dress up for the map you’re playing before jumping into the match.