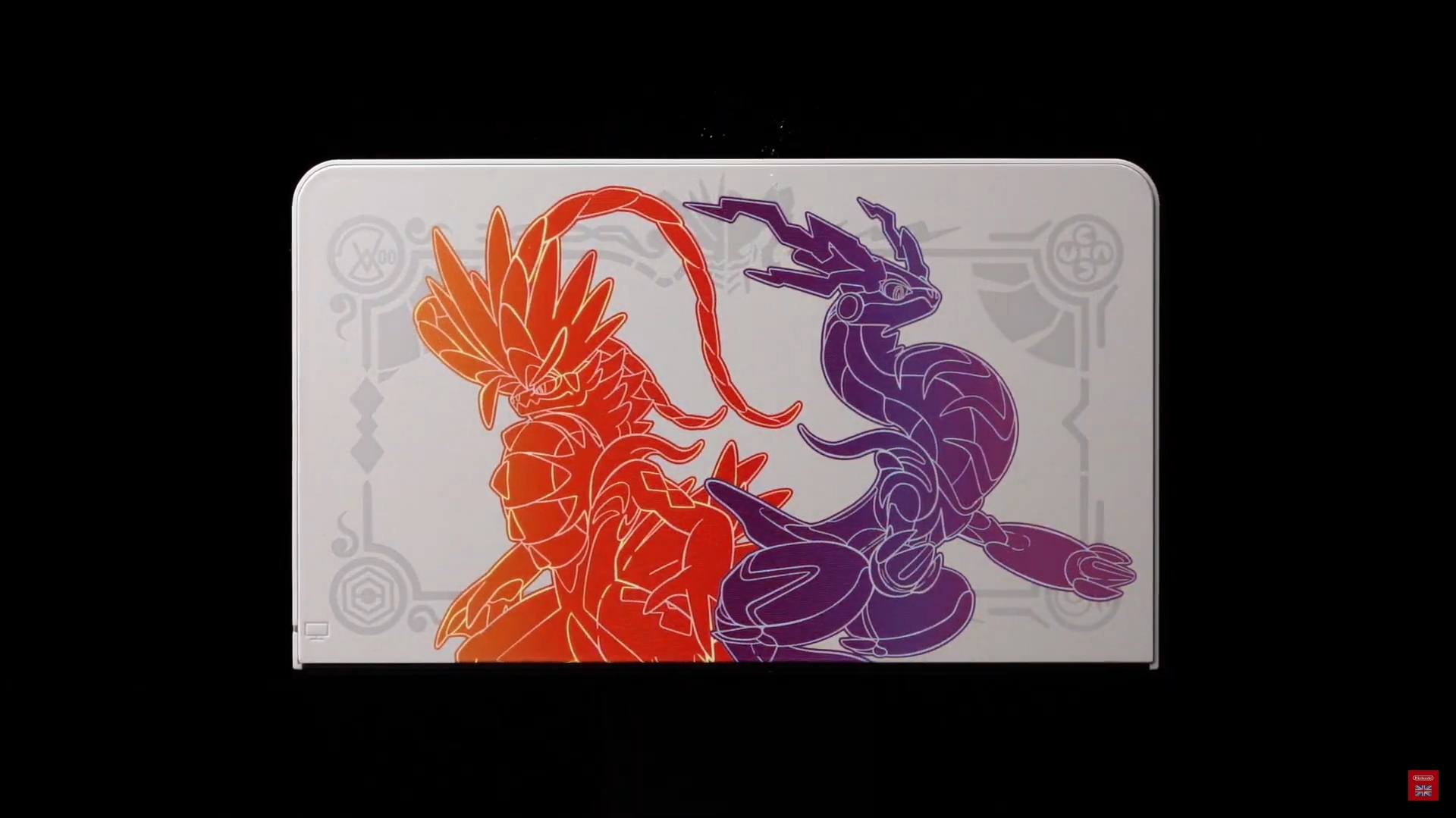 There are some cool looking themed Ninendo Switch devices out there for fans to enjoy, but now there is a new console that Pokémon fans will likely want to get their hands on.

The Pokémon Scarlet and Violet-themed Switch will be sold on Nov. 4 but will not be sold as a bundle with the games, at least not right away. There is also no mention of a pre-order at all for the system. The console will be priced at $359.99 and will be sold “at select stores” and on the Nintendo store.

The new Switch is themed around Pokémon Scarlet and Violet, and this time the console is being sold in the OLED version. Previously, the only Pokémon-themed Nintendo Switch people could buy was the Pokémon Let’s Go Eevee and Pikachu version, and that was not an OLED device.

Adorned on the front of the dock is Koraidon and Miraidon, the new Legendary Pokémon coming to the game, and on the back of the dock is a nifty Pokéball nestled into the quarter circle piece on the back of the device. On the system itself, the back is decorated with the starter Pokémon as well as some others in a graffiti style that spans both the joycons and the screen. On the front of the joycons are the two school emblems that appear in the game.

More details will be released as Nov. 4 draws closer and more retailers start putting their devices up for sale. This article will be updated as more information becomes available.