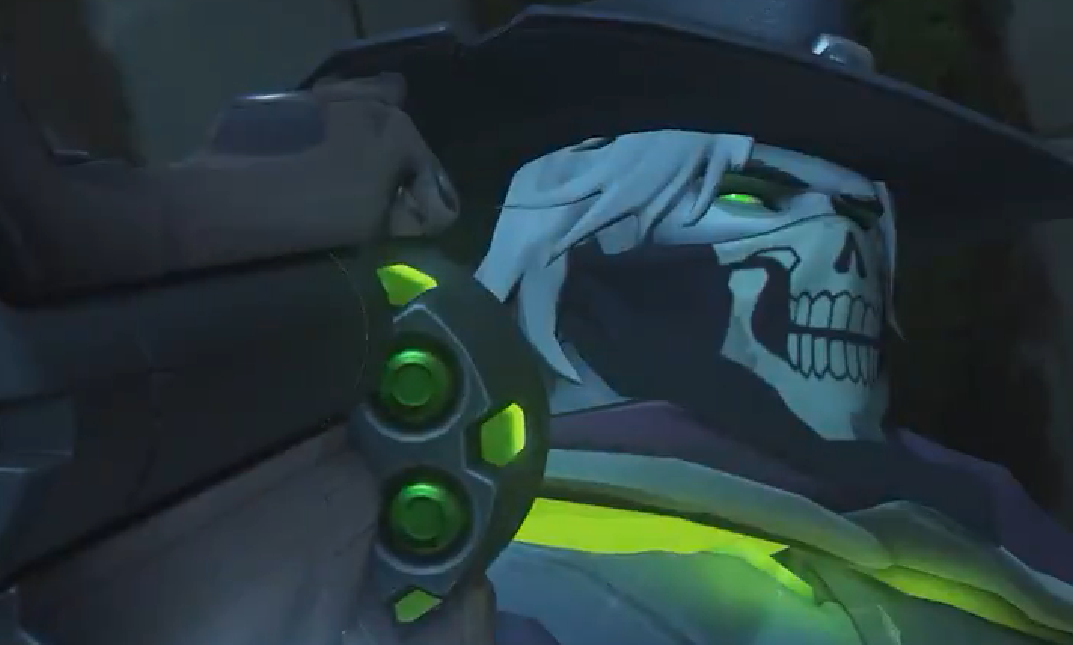 The rarity level of the skin wasn’t announced, but it looks to be an epic-ranked skin. McCree got a spooky recoloring and a new bandanna to hide his undead face.

Blizzard has been revealing its new Halloween Terror skins in the lead-up to the spooky Overwatch seasonal event. Other skins revealed include Spider Widowmaker, Enchanted Armor Pharah, Jack-O’-Lantern Wrecking Ball, Swamp Monster Doomfist, and Banshee Moira. More Overwatch cosmetics are expected to be revealed tomorrow with the event’s official launch.

But skins are just one part of the Halloween Terror event. Blizzard will also bring back Junkenstein’s Revenge, the player vs. environment brawl that pits four players against hordes of omnic zombies. Certain Overwatch maps will also be adjusted with spooky decorations to celebrate Halloween. Blizzard teased earlier this month that something will involve Overwatch’s Château Guillard map, but nothing been confirmed so far.

“There’s a rumor among explorers about a monolithic lair home to terrifying horrors. Heroes, how will you prepare?” Blizzard posted from the Overwatch account on Monday, attached to a photo of the map’s mansion.

All of the skins and the season brawl will remain in Overwatch through Oct. 31.