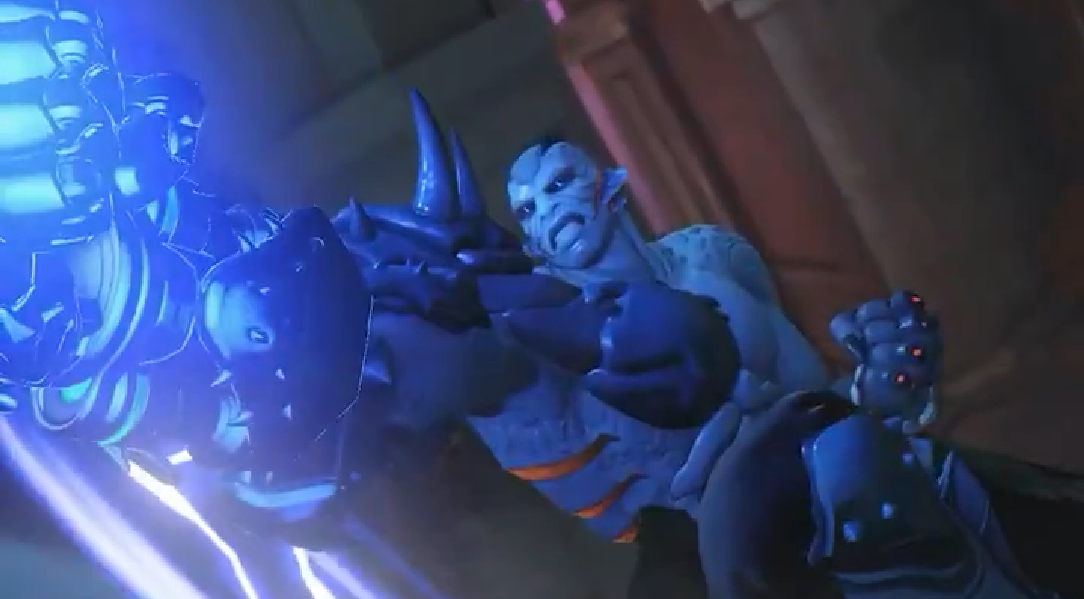 In the lead-up to Overwatch’s Halloween Terror 2018 event, Blizzard has just revealed the game’s next legendary skin: Swamp Monster Doomfist.

It’s the first Overwatch skin revealed for the Halloween Terror event. Doomfist trades in his Talon bad guy looks for face fins and (presumably) webbed toes. He’s still got his signature fist, naturally, but everything else has been updated into this fishy masterpiece.

Blizzard is expected to reveal the rest of the Overwatch skins for the Halloween Terror 2018 event as the event draws nearer. Eight heroes got new skins last year, but Blizzard hasn’t given us a number this year. Like last year, Blizzard will update a few of its Overwatch maps with spooky Halloween flair. Junkenstein’s Revenge is expected to return, too—this time, perhaps, with Junkenstein’s Bride.

A teaser posted to Twitter earlier in the week suggests that the Château Guillard Overwatch map will be involved in the Halloween Terror update in some way. “There’s a rumor among explorers about a monolithic lair home to terrifying horrors. Heroes, how will you prepare?” Blizzard posted from the Overwatch account on Monday.

All the Halloween fun will last through Oct. 31, when the event ends with the holiday itself.