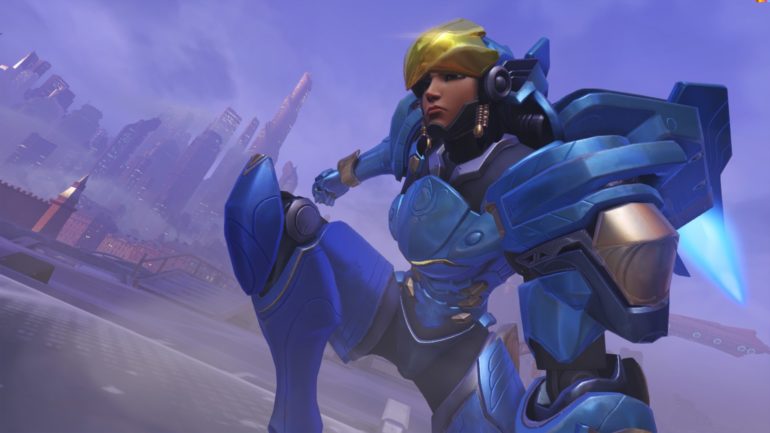 Overwatch’s Halloween Terror event is just a few days away, but Blizzard still isn’t done showing off some of the skins coming to the game next week.

Blizzard’s latest Halloween-inspired creation is a skin for Pharah.

Enchanted Armor Pharah is a Legendary skin, and it looks absolutely terrifying. It seems as if Pharah is headless in this skin too, which makes it that much more frightening.

Pharah joins Widowmaker, Doomfist, and Moira, who have all received new skins for the upcoming event. Yesterday’s Spider Widowmaker didn’t change much up from her original attire, but Swamp Monster Doomfist and Banshee Moira were more in line with what fans were expecting from Blizzard’s creative team.

While skins are the most important feature for some fans, others are excited about the return of Junkenstein’s Revenge, a game mode that pits four players against zombies. There will also likely be some changes to various maps to fit the Halloween theme, but nothing has been confirmed just yet. Something definitely appears to be happening with Château Guillard, though.

“There’s a rumor among explorers about a monolithic lair home to terrifying horrors. Heroes, how will you prepare?” Blizzard posted from the Overwatch account on Monday, attached to a photo of the map’s mansion.

The Halloween Terror event goes live on Tuesday, Oct. 9, and it’ll continue until the holiday on Oct. 31.